The president, Nana Addo Dankwa Akufo-Addo is planning to buy four new S-Class Mercedes Benz vehicles for his official use.

This is an allegation made by the Member of Parliament for the Ningo-Prampram constituency, Samuel George on Citi FM’s news analysis programme, The Big Issue on Saturday.

“We’ve heard that an order has been placed for four Mercedes Benz X-classes for our president,” he noted.

[contextly_sidebar id=”8dCWqDDnD1CJPjYTyEIIXOCXINlequ9A”]The New Patriotic Party government has in the last few days accused the erstwhile John Mahama government of hording over 200 vehicles meant for the presidency before exiting office, a claim the National Democratic Congress had denied.

According to Sam George, although he has no qualms if the President buys new vehicles his only worry is that it is part of a ploy by the NPP to “denigrate the legacy of former President Mahama and create a lacuna that will enable them import supersonic luxury vehicles for President Akufo-Addo.”

“Personally, I have no problem if our President drives in an X-500. President Mahama chose to drive in an Avalons while his vice was driving in Mercedes Benz. So if our president wants to drive an X-500 he should go ahead and buy it, but he shouldn’t come and paint a picture that we have stolen cars…Is it just what the conspiracy theorists are saying?”

Claims of car importation not true

Meanwhile an NPP Member of Parliament for the Effiduase Asokore, Dr. Nana Ayew Afriyie who was also on The Big Issue rejected Sam George’s claim describing it as untrue. 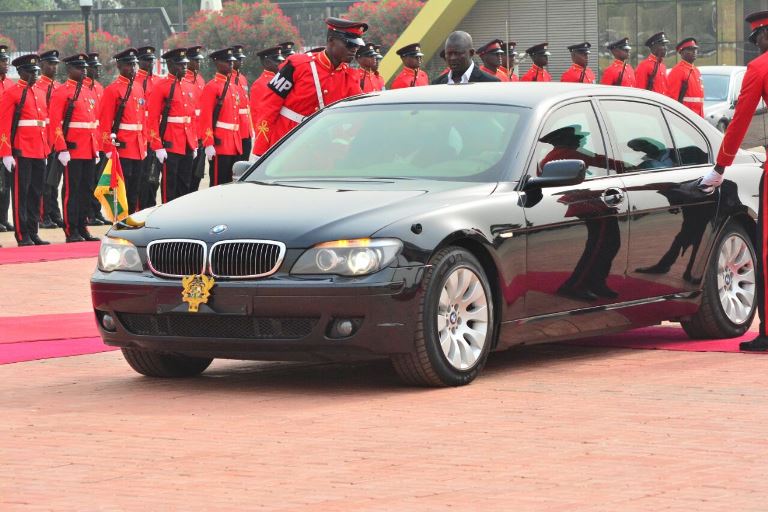 According to the Director of Communications at the Presidency, Eugene Arhin because some of the vehicles have gone missing, “the President of the Republic currently has virtually only one vehicle at his disposal. This is the vehicle which was purchased in 2007 during the Ghana at 50 celebrations. It is a BMW.”

We left Nana Addo 4 bulletproof cars – NDC
Meanwhile the NDC had argued that it left Akufo-Add with four bulletproof vehicles.

“It must be placed on record that the use of the BMWs and his personal vehicle if it is true, is not due to the non-availability of presidential vehicles. It is clearly a choice that he made on his own accord. Among the vehicles handed over to the NPP team were two bulletproof salon cars and two bulletproof cross country vehicles specifically dedicated to the use of the President. Both sets of bulletproof vehicles are relatively new and in good condition for the transportation of the President,” a statement signed by former Chief of Staff, Johnny Osei Kofi explained.

We don’t encourage sex outside marriage – Church of Pentecost