This announcement was made by President Akufo-Addo at the Flagstaff House today [Tuesday], where he also announced 12 other nominated Minister designates, pending parliamentary approval.

The Senior Minster position was a designation under the erstwhile Kufuor Administration. The Minister will supervise the activities of all other appointees and ensure discipline at all levels.

In making the announcement, President Akufo-Addo said Mr. Osafo-Maafo, an experienced economist, will help Dr. Mahamudu Bawumia, who will be heading the country’s economic management team, to put the country on sound economic footing. 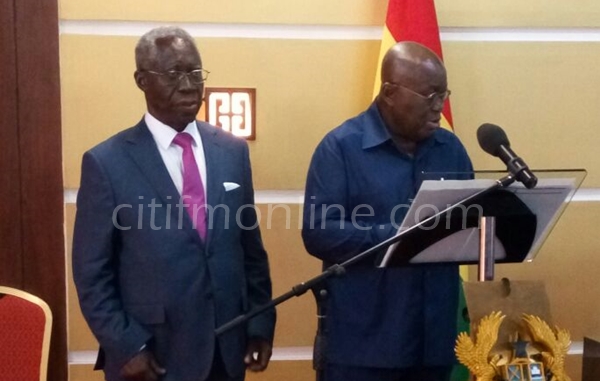 Between 2005 and 2006, he became the Minister of Education, Youth and Sports.

He is credited with leading the implementation of the free basic education referred to as then as the Capitation Grant.

Mr. Osafo-Maafo is an engineer and a project analyst by training and he established his credentials as a banking and finance leader by heading and successfully restructuring two major Ghanaian banks, the Bank for Housing and Construction and the National Investment Bank between 1979 and 1992.

He has been a Consultant to the World Bank, the African Development Bank and the United Nations Development Programme.

Mr. Osafo-Maafo is the past Vice-President of the Executive Committee of the West African Bankers Association, and a founding Deputy Chairman of the Ghana Stock Exchange.

He has served as Chairman and a board member on a number of corporations including Nestle Ghana Limited, National Trust Holding Company, Merchant Bank Ghana Limited, National Development Planning Commission, Divestiture Implementation Committee and Donewell Insurance. He is a fellow of the Ghana Institution of Engineers and an Honorary Fellow of the Ghana Institute of Architects.

By: Delali Adogla-Bessa/citifmonline.com/Ghana with files from Ministerial Leadership Initiative