The seventh Parliament of the 4th Republic has officially sworn-in Professor Aaron Mike Oquaye as the Speaker of Parliament, to steer affairs of the House for the next four years.

The former two-term Dome-Kwabenya constituency MP was accepted by the National Democratic Congress minority in parliament without any difficulty.

This became necessary after the life of the sixth parliament was dissolved on the midnight of Saturday January 7, 2017. 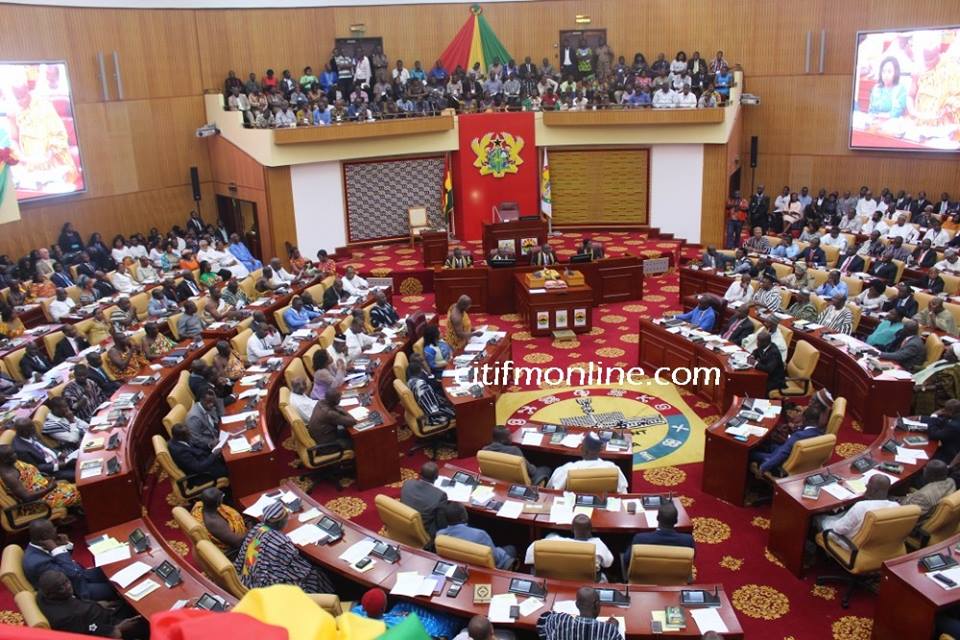 The motion for the election of Professor Oquaye was moved by the new Majority leader Osei Kyei Mensa-Bonsu, who gave a brief profile of the new speaker, and implored the House to approve him in the interest of the country.

The Chief Justice Georgina Theodora Wood then led the new speaker to swear the oath of office amidst cheers from the chamber. 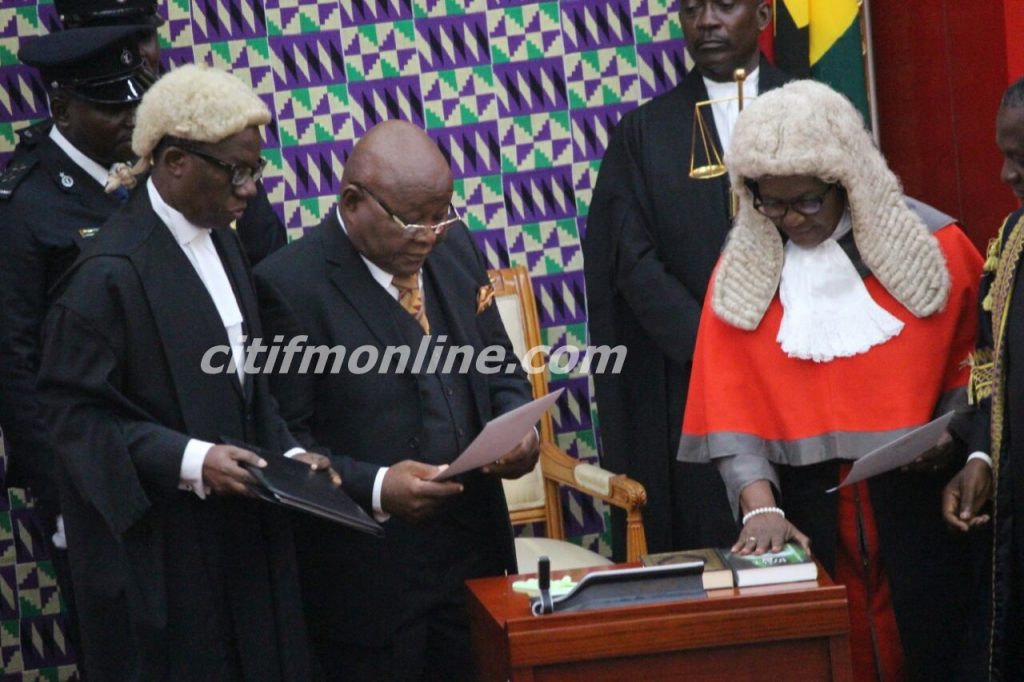 The new speaker promised to uphold the sovereignty and integrity of Ghana, and vowed to protect and defend the constitution of the republic of Ghana.

After he was sworn-in, the new speaker then delivered a speech on how he intends to steer the affairs of the House, before he later led the newly elected MPs to take their oath of allegiance, and the oath of the member of parliament. 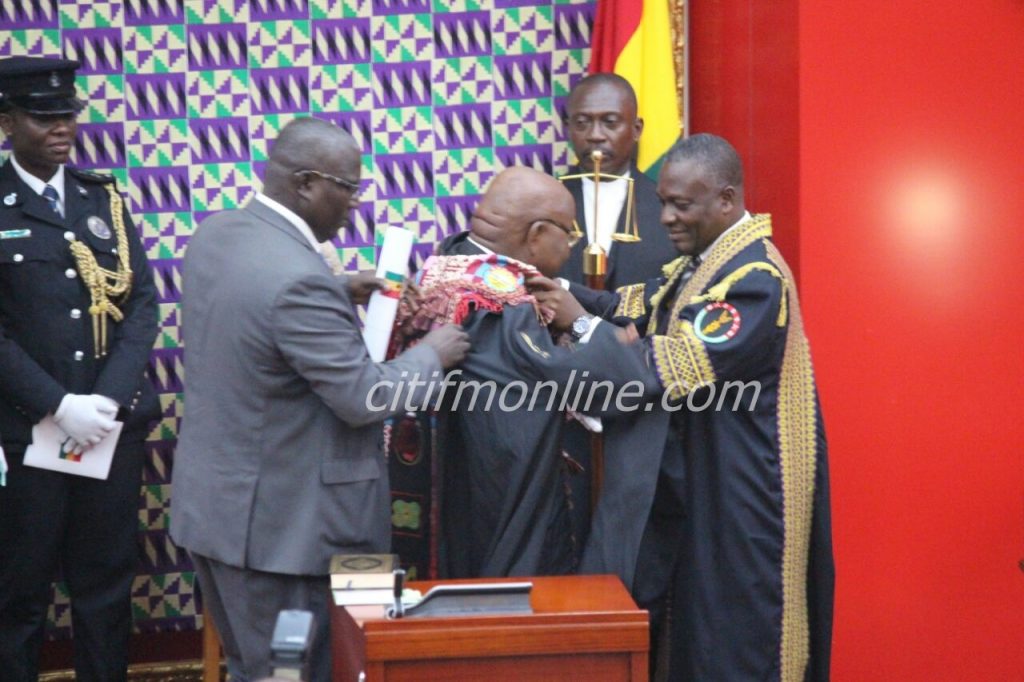 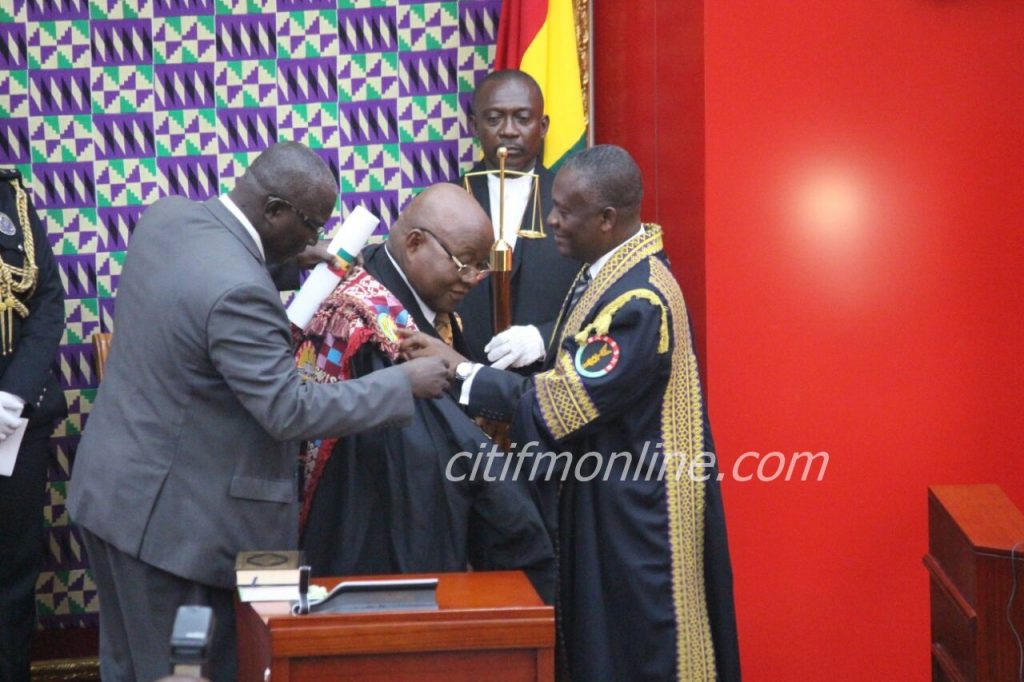 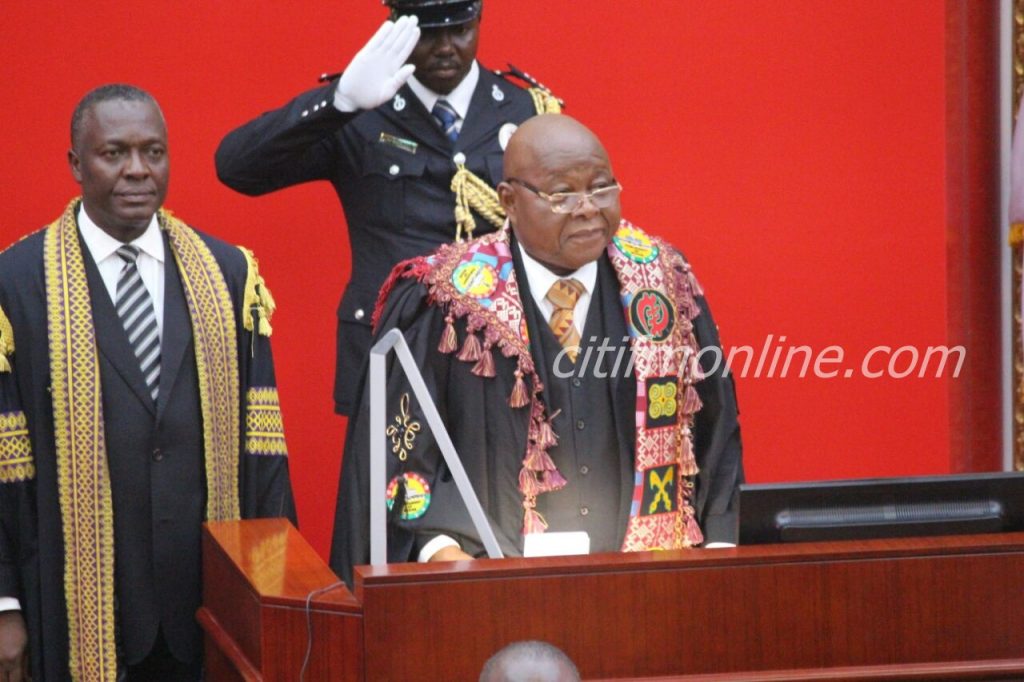 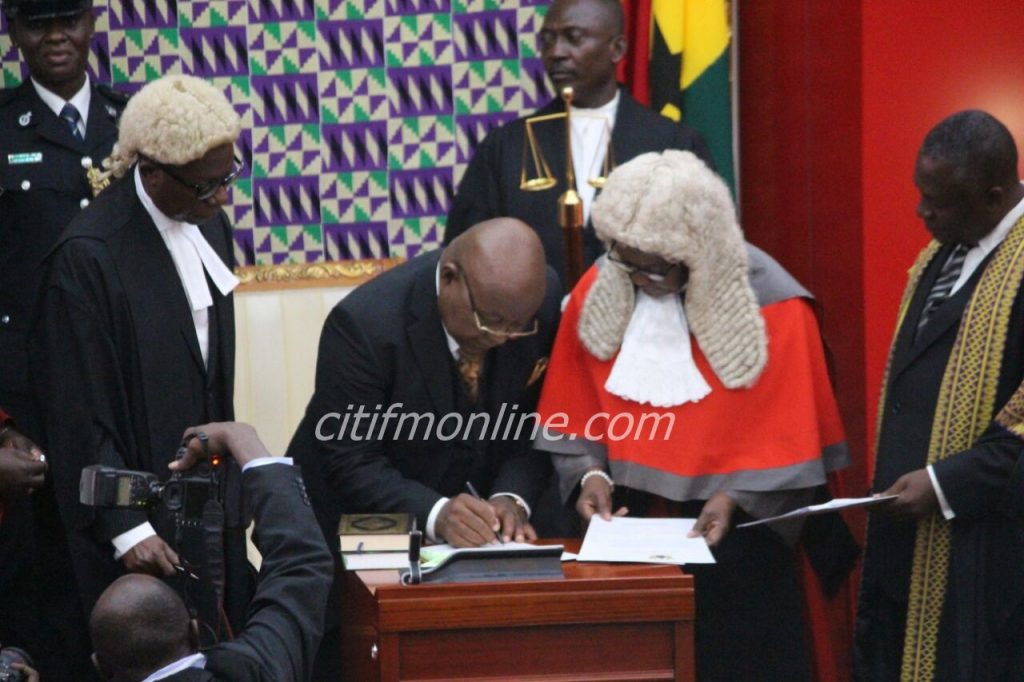 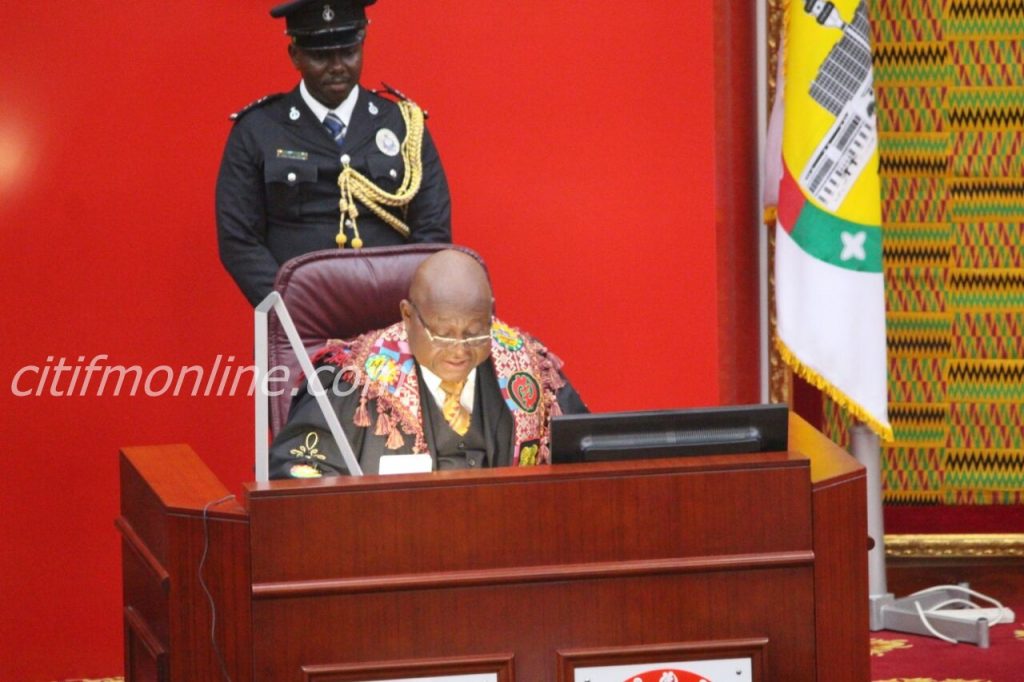 Mike Oquaye served as the Second Deputy Speaker of Ghana’s Parliament between 2009 and 2013.

He also was Member of Parliament for Dome-Kwabenya constituency, a stronghold of the NPP, from 2005 to 2013.

From 2001 to 2004, Oquaye served as Ghana’s High Commissioner to India. In February 2005 he became Minister of Energy, and later he was moved to the post of Minister of Communications.

Mike Oquaye is a professor of Political science at the University of Ghana, (Legon), and was previously the Head of the Department of Political Science and member of the University’s Academic Board, the highest authority at the level of the faculties.