Two police officers have been injured protecting nomadic Fulani herdsmen from angry residents of Sokode Ando in the Ho Municipality of the Volta Region.

According to Citi News’ Volta Regional Correspondent, King Norbert Akpablie, there were clashes between the Fulani herdsmen and the Sokode Ando residents today [Wednesday], after they accused the herdsmen of killing a local resident on a farm two weeks ago. 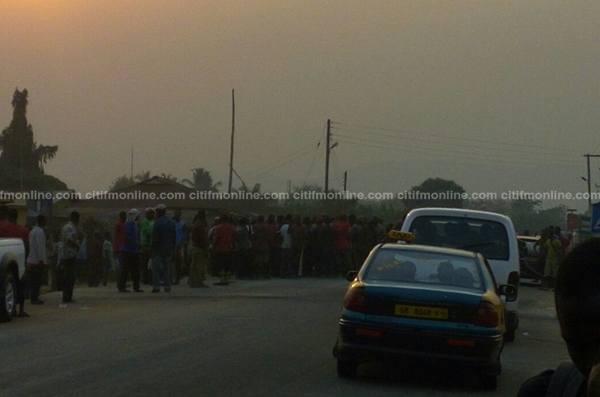 The angry residents, wielding cutlasses and guns, have threatened to drive out all Fulani herdsmen out of the community.

They have also constructed roadblocks to check cars for Fulani herdsmen.

The police tried to intervene in the situation to protect some of the Fulani herdsmen, but this didn’t go down well with the locals, who they attacked the police officers.

One of the injured policemen sustained stab wounds, whilst three police rifles were also seized, and are still in the possession of the locals.

Citi News King Norbert indicated that, a mediation team has since been sent by the Ho Municipal Assembly to engage with the locals, as they threatened to hurt anyone who attempts to retrieve the guns.

Norbert added that, some police personnel from Anyrawase, also in the Volta Region, were also attacked after trying to rescue some other Fulani herdsmen under threat from locals.

“The police officers were attacked, their phones were seized and they were forced to abandon their cars in some bushes. Attempts are being made to tow the car” Norbert stated.

He added that, a police reinforcement has been dispatched from the Volta Regional Police Command to restore order.