Freed Chibok girls reunited with their families for Christmas

More than 20 Nigerian “Chibok girls” who were released by the Islamist group Boko Haram in October have rejoined their families for Christmas.

It is the girls’ first return home since they were kidnapped from their school in Chibok in April 2014.

The young women were freed in October after Switzerland and the International Red Cross made a deal with Boko Haram.

Since then, the 21 girls have been held in a secret location for debriefing by the Nigerian government.

One of the girls, Asabe Goni, 22, told Reuters news agency it was a “miracle” that she was home again.

Helping her mother prepare for Christmas, she said she was excited to go to church on Christmas Day.

“I never knew that I would return (home),” she said simply. “I had given up hope of ever going home.”

Of the 276 students kidnapped, 197 are still reportedly missing, and negotiations for their release are under way. 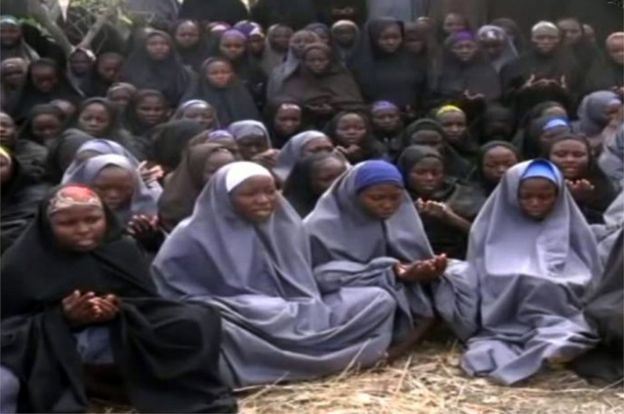 Many of the Chibok girls were Christian, but were encouraged to convert to Islam and to marry their kidnappers during their time in captivity.

Ms Goni said some were whipped for refusing to marry, but otherwise they were well treated and fed, until food supplies recently ran short.

After the deal in October, the girls’ captors announced that any girl who wanted to be released should line up.

Ms Goni was ill and too exhausted to move as the others scrambled into formation – but she soon learned she would be among the lucky few to leave.

“I was surprised when they announced that my name was on the list,” she said.

Her joy was lessened, however, when she was forced to leave behind her cousin Margaret, with whom she had lived since childhood.

The young woman was interviewed at her family’s home in the northern city of Yola, surrounded by her father, stepmother, five siblings, and several neighbours.

“Some of the other girls left behind started crying,” Ms Goni said. “But the Boko Haram men consoled them, telling them that their turn to go home would come one day.”

Before the girls’ release, there had only been one confirmed release of a student kidnapped from Chibok. 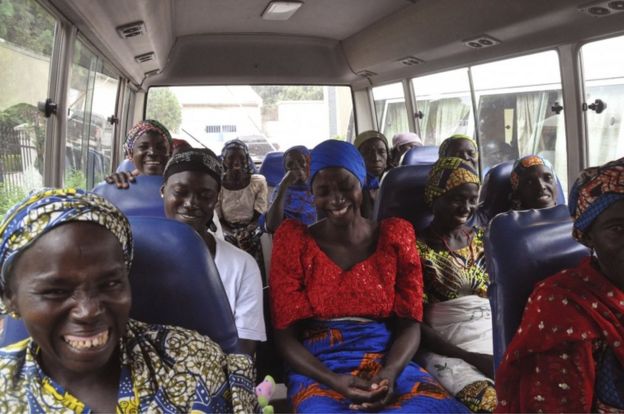 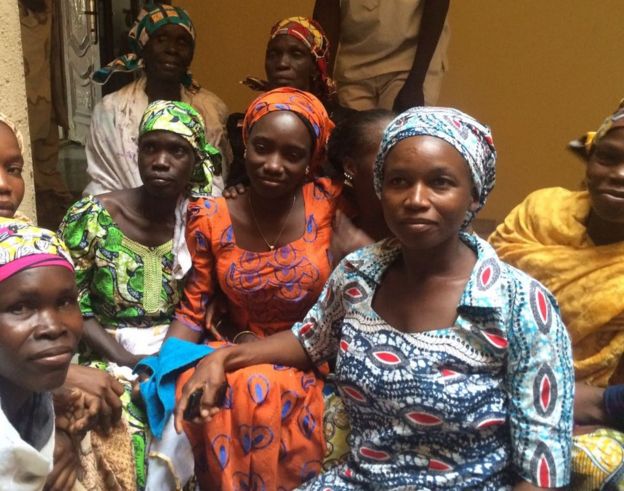 On 24 December, Nigeria’s President Muhammadu Buhari said the army had driven Boko Haram’s militants from the last camp in their Sambisa forest stronghold.

“The terrorists are on the run and no longer have a place to hide,” Mr Buhari said in a statement.

The army has been engaged for the last few weeks in a major offensive in the forest, a huge former colonial game reserve in north-eastern Borno state.

There has been speculation that some of the Chibok girls are being held in the forest, after it was named by a small number of those who escaped.

Mr Buhari said that efforts to find the remaining girls were being intensified.