President John Mahama has said his main opponent in the December election, Nana Akufo-Addo, does not understand the realities of governance.

According to him,  the Flagbearer of the New Patriotic Party (NPP), would not have promised to build a dam in each district, among others, if he really understood politics.

Speaking at a meeting with Chief Executives and some business leaders in Accra, the President cautioned voters to be cautious of politicians who make such promises. 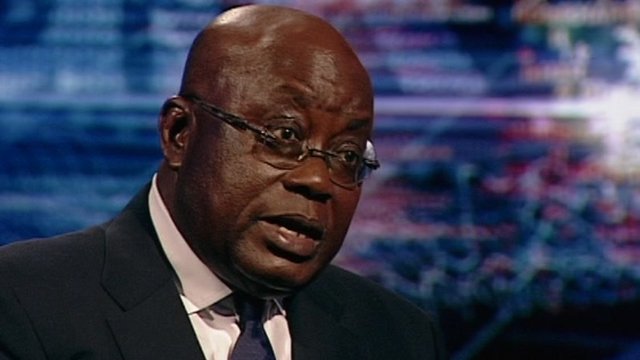 “We need to watch world affairs and the way things are playing out. With Brexit, with the US elections, Trump’s surprise win against the polls and to see how this world view will affect America’s relations with the rest of the world.

“I believe that things will set off. Often when you are outside government you have a very simplistic view of things and so you can just say when I come I will do this, I will do that.I will build a wall here, I will build a factory in every district but when you get into office, you realise that the realities are not as easy as you thought it was. It is easier for you to say these things when you are outside government, but when you come in and the reality catches up with you, you realise that things are not that easy…”

Ghana will remain stable after elections

He said Ghana will remain stable after the elections, despite the rhetoric across the political divide.

“Often when we are getting to an election, the political rhetoric comes up, I urge you not to be frightened that it is going to lead to any blow up. Ghana has a history of peaceful, transparent and successful election; and I believe that this 7th December election under the fourth Republic, is going to be no different. I will play my part as President and Commander in chief, to ensure that we have a stable environment for people to cast their ballot, and I believe that once the elections are over, the people of Ghana who will lead them for the next four years.