Market security to be enhanced with CCTV cameras – Mahama

President John Dramani Mahama has said there are plans to put in place CCTV cameras in major markets in a bid to improve their security.

He explained that this formed part of government’s initiative to re-engineer most markets for the period leading up to the elections and beyond.

President Mahama made these remarks at the Ghana Broadcasting Corporation’s (GBC) evening encounter series for presidential candidates on Wednesday, where he said for the bigger markets in the country, “we are going to introduce CCTV cameras and have a control room where people can watch and see what is happening over the markertat anytime, and be able to call in the event that anything untoward happens.” 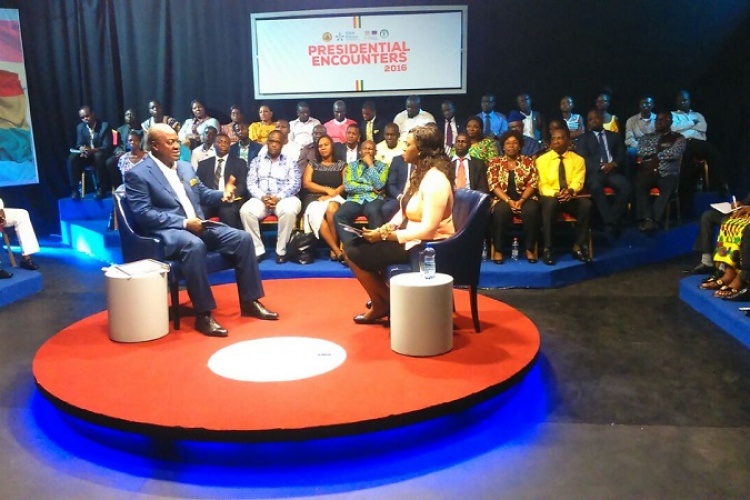 This point was in response to a trader expressing concern with the vulnerability of fellow traders in the event of an eruption of violence during the election period.

Markets have also seen incidents of suspected arson over the past four years.

President Mahama, who will be contesting the 2016 polls on the ticket of the National Democratic Congress (NDC), also stated that. “markets are public places so not only in election periods but all the time, we must provide adequate security for the market, so one of the things that we are doing is re-engineering the markets.”

“If you notice, we have started the process of re-engineering the markets. We are supposed to cut the sod on start of work on the Sahara Market. We’ve done improvements at Makola, we  have built a new Kotkraba market, we have built a new Ho market, we are building the new Kejetia market.”

Markets will also be provided with police posts and adequate police presence, according to the President.

“Most of them we are providing a police post where we can have police there so that in the event of anything, we can have the law on our side.”