The project funded with a loan from the Brazilian government has been touted as one of the major achievements of the governing National Democratic Congress (NDC).

President Mahama opened two of the flyover in August 2015.

The interchange which has three flyovers also has Fire Service and ambulance stations as well as a bus terminal. 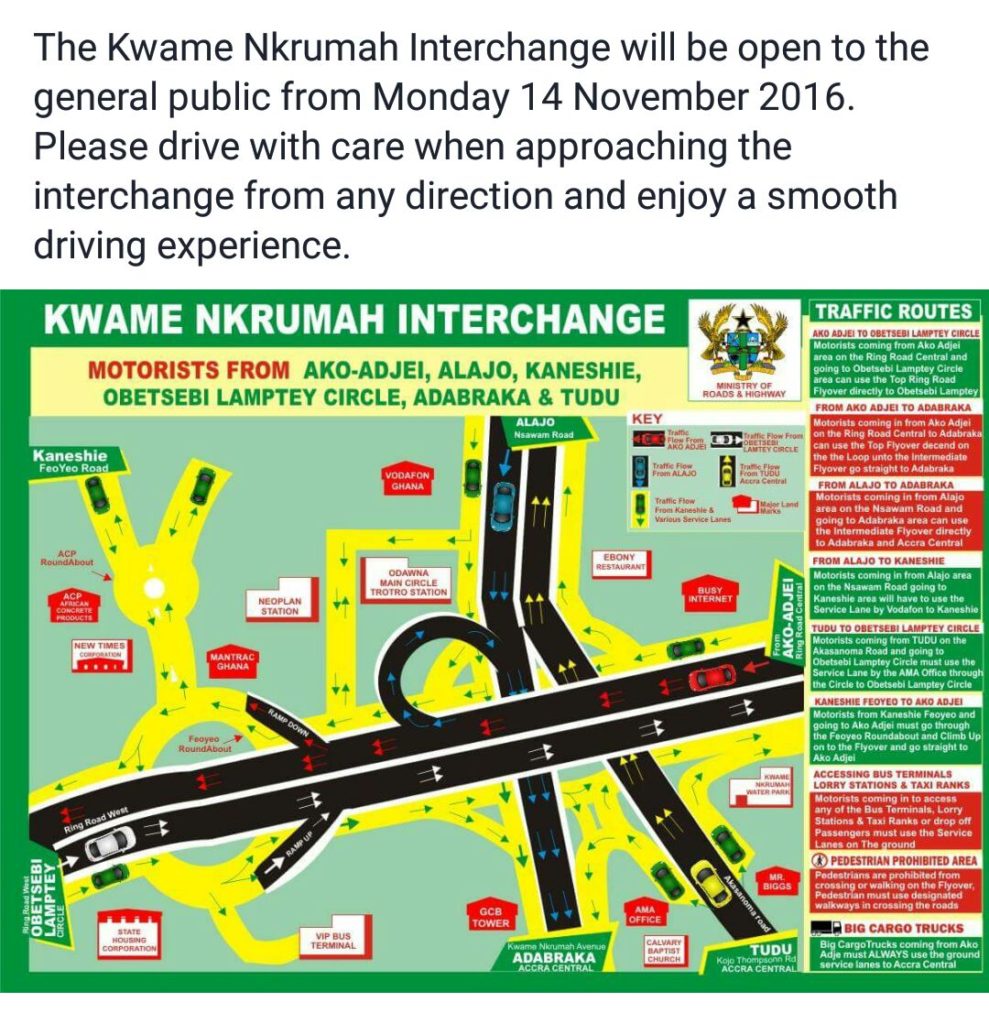 The water fountain and the statue of Osagyefo Dr. Kwame Nkrumah have also been redesigned.

A statement issued from the Ministry of Roads and Highways said the opening was necessary to reduce congestion and allow traffic to flow freely at the Interchange and its environs.

It cautioned motorists to park only at authorised spaces and urged pedestrians to use designated walk ways.

The statement asked the drivers of big trucks to, as a matter of critical importance, observe the height restrictions when using the Interchange, and also tasked traders to transact businesses at authorised locations.

Constituencies that voted skirt and blouse in 2012 [Infographic]