President John Dramani Mahama and his brother, Ibrahim Mahama, tried to bribe the New Patriotic Party (NPP) Northern Regional Chairman, Daniel Bugri Naabu, to destroy his own party from within, the NPP has alleged.

According to the NPP, Mr. Naabu was offered a brand new V6 Mitsubishi, a brand New V8 Land Cruiser and GHc 3.3 million to resign from the NPP and paint the NPP Flagbearer, Nana Akufo-Addo as a dictator and damage him “beyond electability.”

Addressing a press conference today [Tuesday], the Spokesperson of Nana Akufo-Addo, Mustapha Hamid, reminded fellow sceptics of the National Democratic Congress (NDC) that “President Mahama and his people have not relented in their evil ways and means to  use our own people to work against the NPP.”

According to Mr. Hamid, on Friday, October 28, 2016, Bugri Naabu was invited to meet President Mahama in a meeting set up by Ibrahim Mahama and one Mohammed Awal after six months of trying. 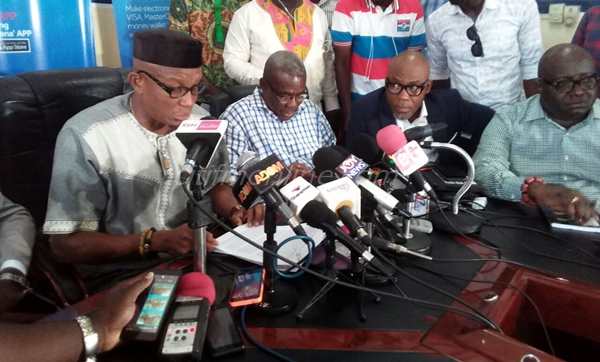 “Around the same time, Ibrahim Mahama had tried to convince Bugri with money to leave the NPP to become a chief after Daniel Bugri Naabu’s uncle died, but Bugri refused,” he added.

“According to the President, Bugri should paint Akufo-Addo as a rabid anti-northern person who could never be trusted to advance the people of the north… he was supposed to say that Akufo-Addo was knocking the head of one northerner against the other.”

Mr. Naabu then went to the Abbosey Okai branch of the Prudential Bank the next day [Saturday], and deposited the GHc 500,000 in his account, Mr. Hamid narrated.

The NDC later fulfilled the promise of the Mitsubishi, which was delivered to Mr. Naabu on November 2, and Mr. Hamid showcased the documents of the Mitsubishi V6 to journalists present, which indicated the change in ownership. 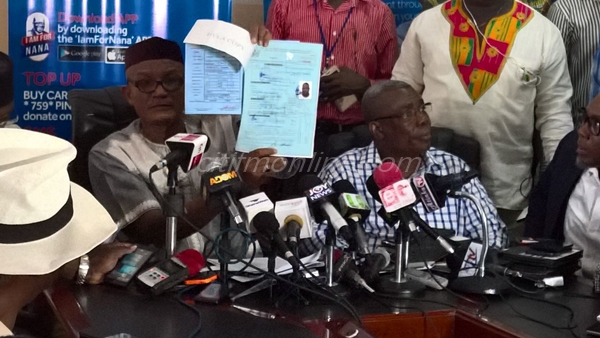 Mr. Hamid also revealed that the vehicle was imported in August 2016 by a firm called Malin Investments Company Limited. 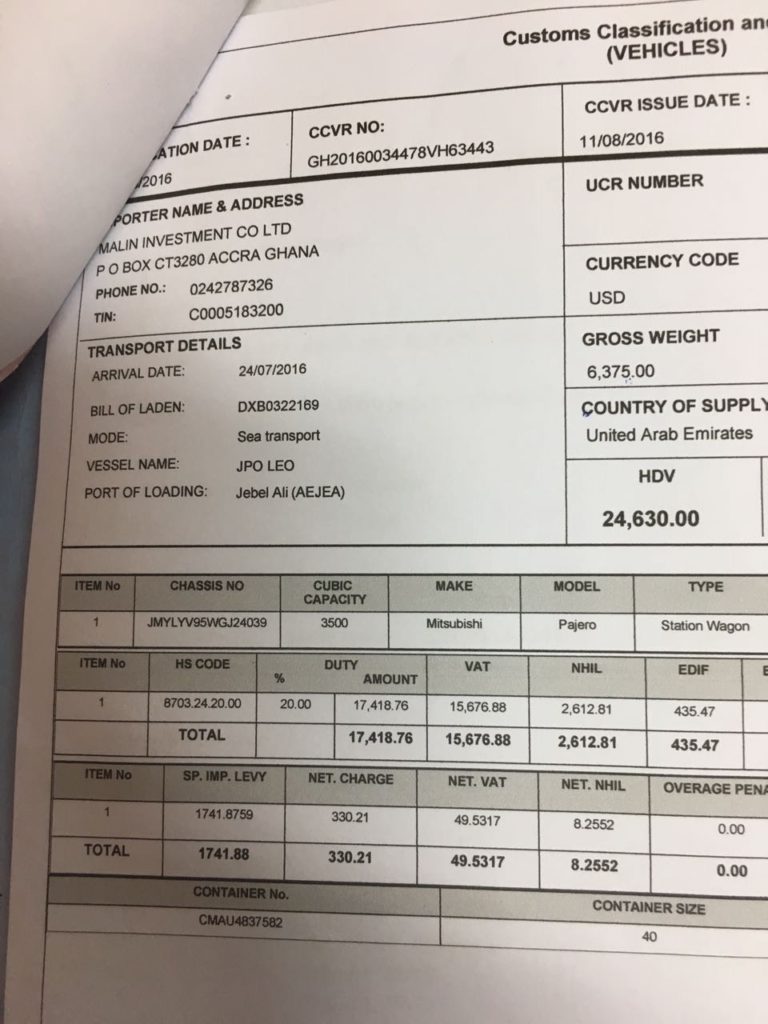 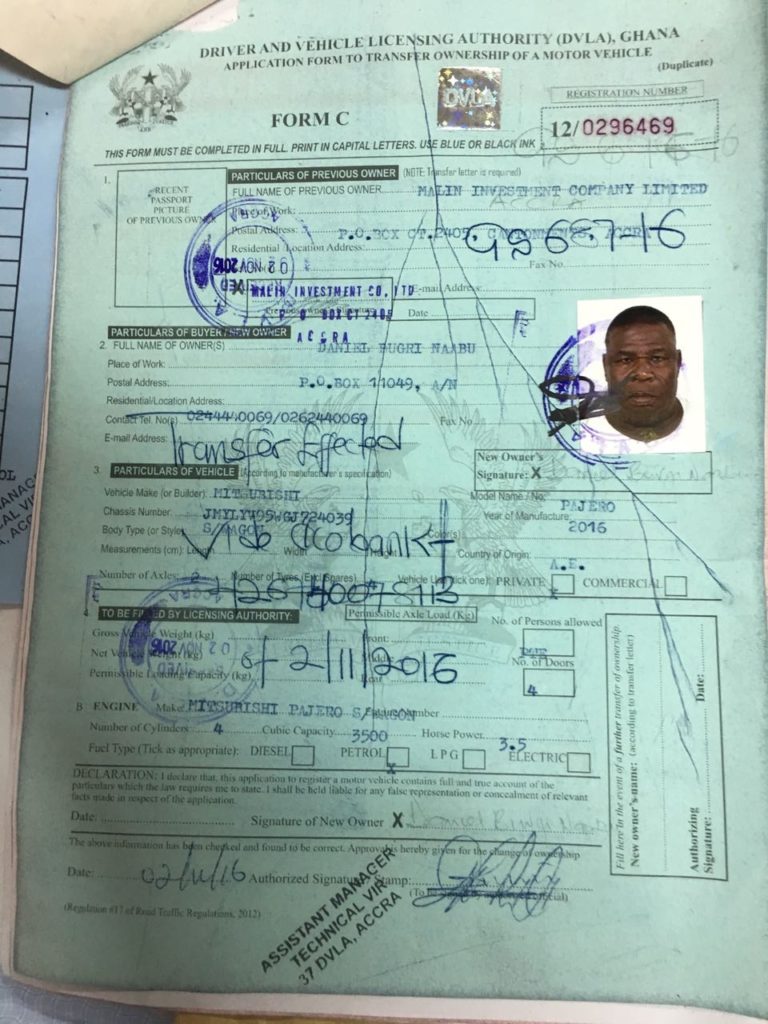 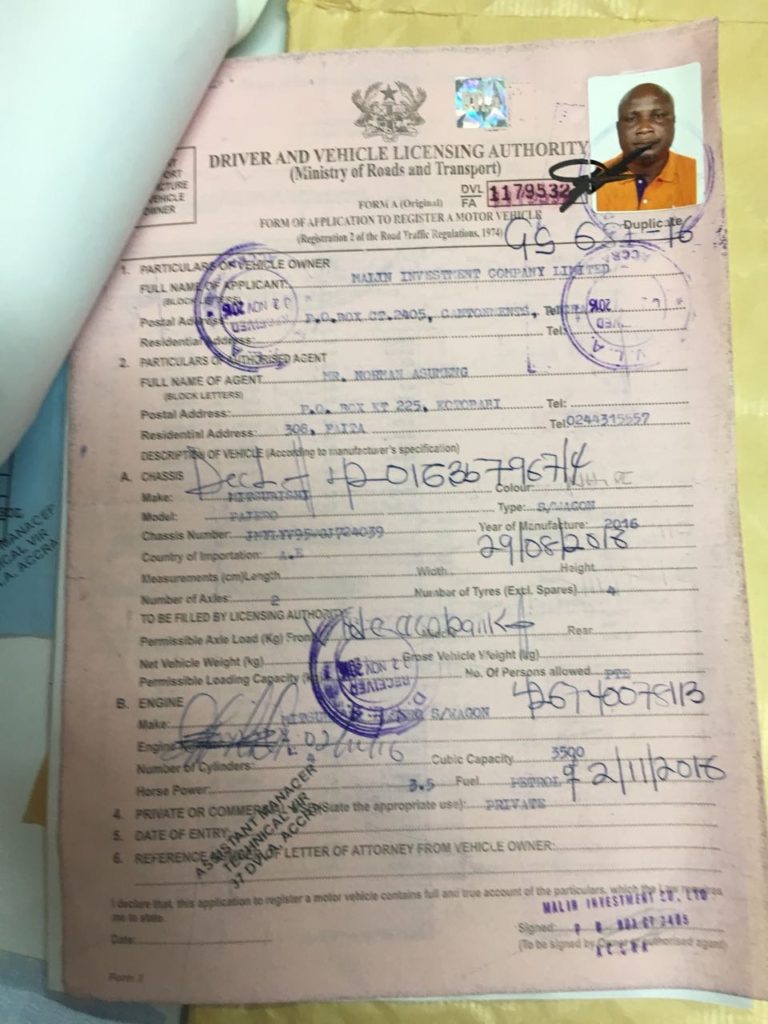 He noted that the NPP’s checks at the Registrar General’s Department indicated that, the two of the company’s Directors are Hawa Mahama, sister of President Mahama, and Frank Nuhu Alormasor, President Mahama’s personal assistant. 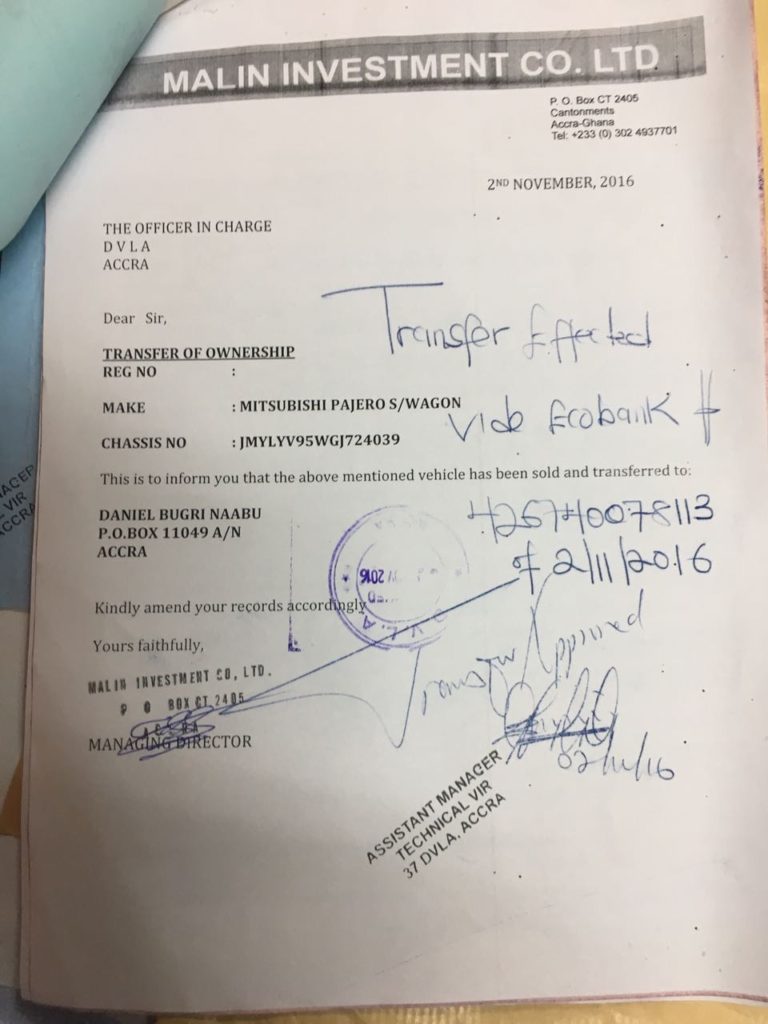 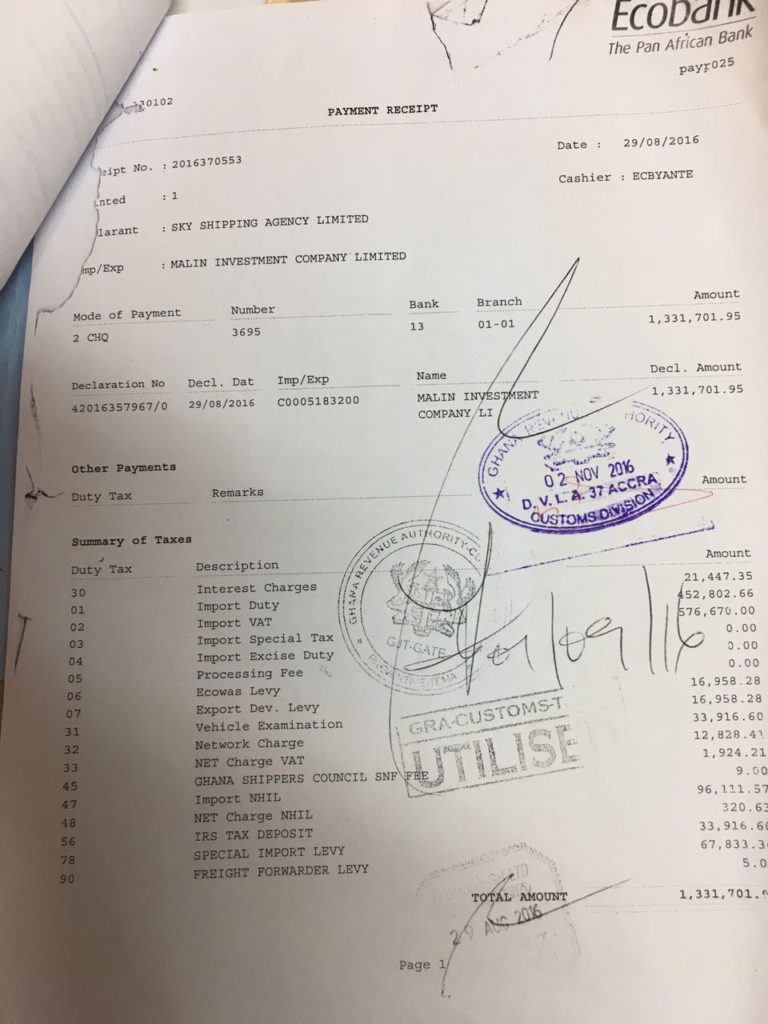 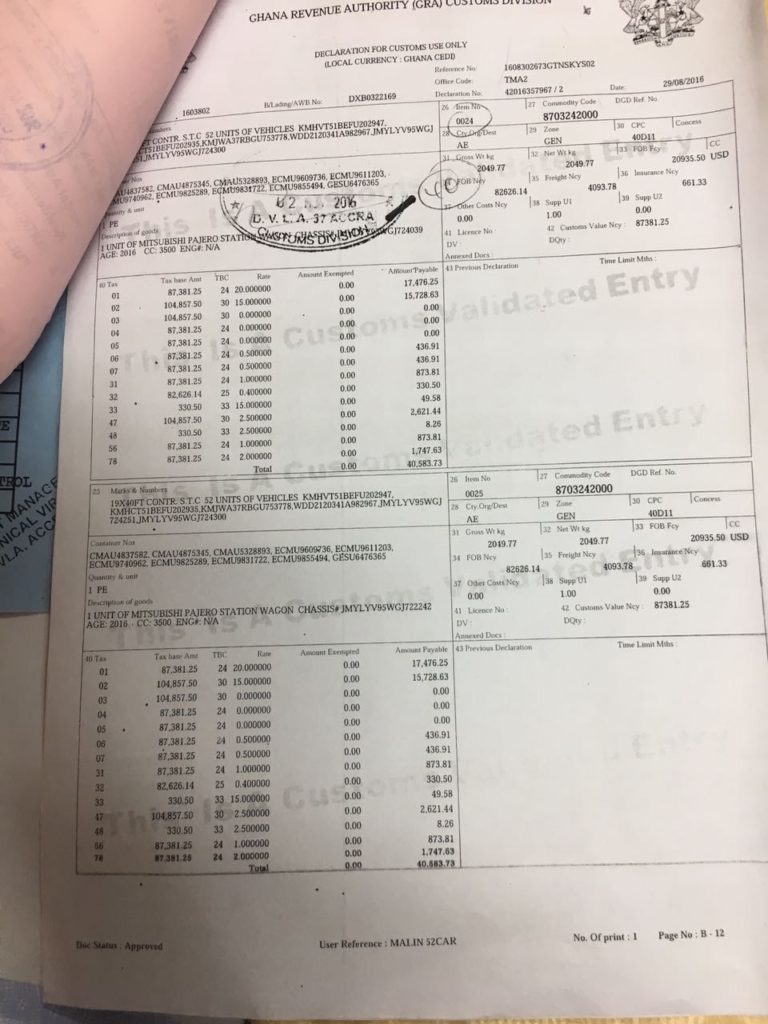 Why Bawumia is a mortal threat to the NDC [Article]