An Immigration Officer, Daniel Ferguson has been arrested by the police for brutally assaulting a staff of Citi FM in a trotro.

Mr Ferguson attacked and smashed the victim’s head with a Motorola mobile device creating a deep cut on the upper layer of his right eye.

He has been referred to the Police Hospital for treatment, after the case was reported at the Nima District Police Station.

The Citi FM driver is reported to have voiced his opposition over Daniel Ferguson’s insistence on the use of an alternate route.

Narrating the incident to Citi News, one of the passengers said the officer was particularly unhappy with the victim who was more vociferous. 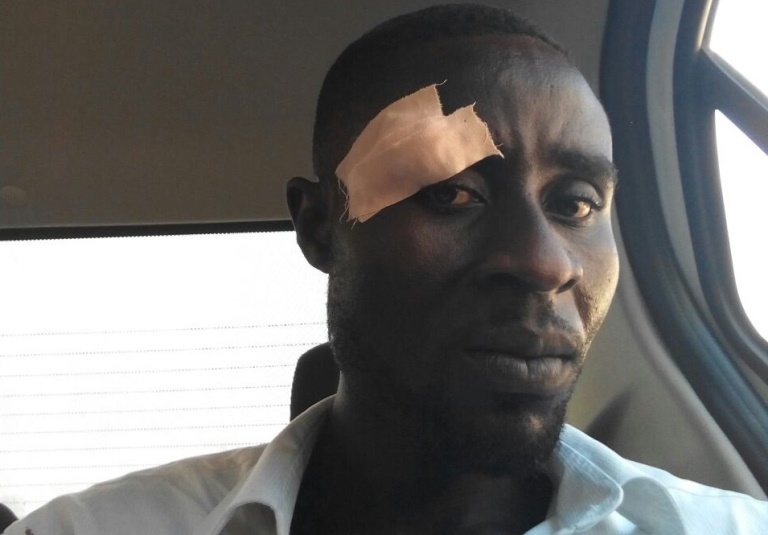 “When we got to Kawukudi from Adenta, the immigration officer told the driver to use an alternative route and we disagreed. He removed the Motorolla and ordered the driver to use that route but we spoke against it and the Citi FM staff was very vociferous about the matter. So the matter was settled and we didn’t argue about it.

The eyewitness said when the Ferguson alighted at the Nima junction, he hit the victim in the face with his mobile device.

He then attempted to escape, but the passengers with support from some residents in the area, restrained him and sent him to the Police station.

Investigators say the officer will be charged for causing harm and later arraigned.