Despite the best efforts of Mark Zuckerberg to downplay Facebook’s role in the election of Donald Trump, the scrutiny of how fake news is spread on the platform has intensified.

Buzzfeed News is reporting that “more than dozens” of Facebook employees have created an unofficial task force dedicated to addressing the issue.

Buzzfeed quoted one member of that task force, who did not want to be named over fears for their job.

“[Mark Zuckerberg] knows, and those of us at the company know, that fake news ran wild on our platform during the entire campaign season,” the source said.

Meanwhile, Google on Monday announced it would do more to prevent fake news sites from making money through advertising.

Earlier on Monday Facebook denied claims that a tool to whittle out fake news had been created before the election, only to be shelved due to concerns it would make Facebook look like it was censoring conservative views.

Mr Zuckerberg appears to be increasingly agitated by the suggestion that fake news was a serious problem on his site.

On Saturday night he posted a lengthy update to his profile page defending it. 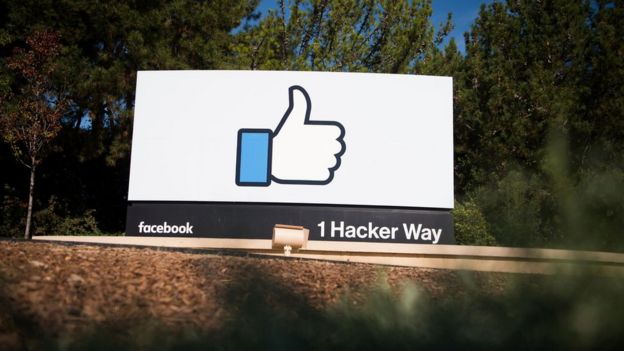 “Only a very small amount is fake news and hoaxes. The hoaxes that do exist are not limited to one partisan view, or even to politics.”

His conclusion: “Overall, this makes it extremely unlikely hoaxes changed the outcome of this election in one direction or the other.”

That statistic – 99% – has been the subject of much derision as it apparently refers to content of any kind being posted to Facebook.

In May, Facebook came under heavy criticism after it was alleged that human editors working on the Trending Topics section of Facebook were removing stories that pushed a conservative or pro-Trump agenda.

Facebook denied this was the case, but removed the human element anyway in an attempt to appear neutral.

Facebook is not alone in coming under fire over fake news.

Google said it would be clamping down on abuses of its AdSense advertising platform.

“We will restrict ad serving on pages that misrepresent, misstate, or conceal information about the publisher, the publisher’s content, or the primary purpose of the web property,” said Google spokeswoman Andrea Faville.

That announcement followed reports that Google’s top-ranking news result for the term “final election result” highlighted a story from a fake news site with inaccurate information on the vote tally.

Not long after Google’s announcement, Facebook said it too had added “fake news” to the types of site not allowed to use the Facebook Audience Network, a system similar to Google’s Adsense but smaller in scale and limited to third-party apps.

Facebook said its decision was about clarity rather than any new policy, and that no action was being taken against any service as a result.