The Ministry of Health has asked one Bismark Duadua Mahama, an accountant at the Kumasi Nurses and Midwifery Training College to step aside, for reducing the temporary restored allowances meant for trainee nurses at the school.

A letter addressed to the accountant and signed by the Minister of Health, said he gave the students GHc360 instead of GHc450. 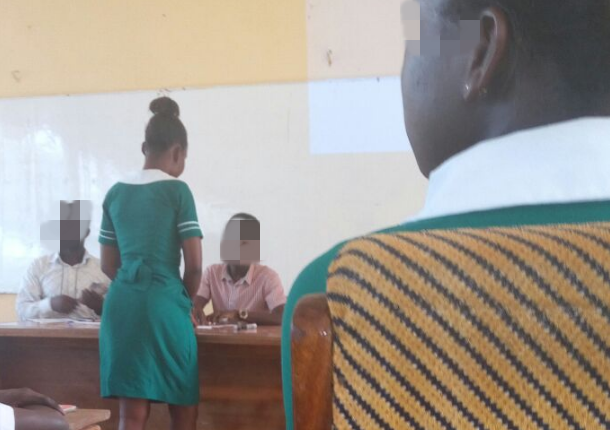 [contextly_sidebar id=”oWPR6hehjUwazp3Tk1WSYDzW2YKjy5yq”]“Information reaching us is that, you have flaunted our directive and decided to pay the students in your school Three Hundred and sixty Ghana cedis (GHc 360) per student. In view of the above, you are directed to hand over the management of the accounts unit to your assistant so as to enable us carry full investigations into the allegation,” the letter stated.

The Ministry of Health started paying the temporary allowances on Thursday.

A statement announcing the payments signed by Tony Goodman, Head of Public Relations at the Ministry, warned the various colleges to give the students the full amount or face sanctions.

“All accountants are advised to pay the amount in full without any deductions. Any person found doing otherwise will be dealt with,” the statement stated.

The untaxed amount according to the Ministry was to cover three months of allowances for each student.

Cancelation of allowance and U-turn

The Mahama-led government earlier stripped the nursing trainees of allowances explaining it was to allow the various training colleges to admit more students; a decision which was met with wide condemnation.

But government says it has agreed to pay a reduced allowance for the trainees temporarily, until such a time that they are finally moved onto the students’ loan scheme.

The Ghana Nurses and Midwives Trainees’ Association (GNMTA), says government is attempting to throw dust into their eyes by current payment arrangement.

Speaking to Citi News, the President of the Ghana Nurses and Midwives Trainees Association, Godwin Asabire Akazeem, said government is only playing politics with the matter since the terms of payment is still unclear.

The opposition New Patriotic Party (NPP), which has promised to restore the allowances to both trainee teachers and nurses, says government’s U-turn is merely a trick for votes ahead of the elections.