A former Attorney General and Minister of Justice is pressing the Mahama administration to determine new pay levels for the nation’s lawmakers and other article 71 office holders.

The House was meeting for the first time in two months, after a long break.

In an interview with Citi News, the Sekondi MP slammed what he considered as a routine culture of unnecessary delays in determining new pay levels of Article 71 office holders, saying the nation must learn from previous mistakes.

“The way our constitution is formulated, Article 71, it’s like every four years, the President is bound by the constitution to set up certain committees that will recommend to the President and Parliament to determine the emoluments of certain public officers. Now, particularly for those of us within the political class; it is almost always embroiled in controversy because as we speak, the President has not determined the salaries and emoluments of that class of officers including the Chief Justice, Members of Parliament etc; but anytime there is a controversy about it, it is the political that is held responsible.”

“Article 71(2) also talks about Parliament on the recommendations of that committee determining the emoluments of the President, the Vice President, Ministers of State and up till now the report has not come before Parliament so Parliament has not been able to perform its constitutional duty under 71(2).We are being told by the business committee that we are going to sit for just about three weeks so when are we going to get the time to determine it?,” he queried. 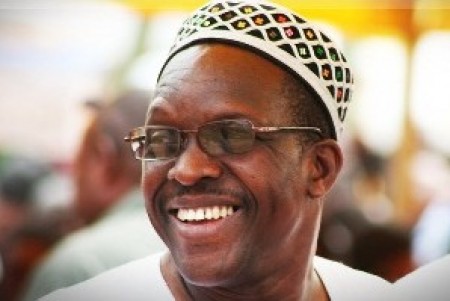 The Majority Leader, Alban Bagbin, later responded to the Sekondi MP’s concerns on the floor of the House, saying he will ensure that the legal authority takes up the matter for consideration.

“It is difficult for me to ensure that; but I will definitely consult with the legal authority to make sure that it is brought earlier than we experienced in 2008. In fact, in 2008, it was brought on the last day that Parliament was to rise and we do not want to experience that again and so I will try and follow up on the issue so that it will come earlier. I agree with you that we should have sufficient time to go through the report and then maybe make some input to improve upon on what they would have proposed.”

In January this year, President John Mahama named a five member presidential committee to determine the emoluments of Article 71 office holders. The Committee is chaired by Kwamena Dora Francisca Edu-Buandah.

It is not clear when the Committee will present its report and recommendations to the President for the appropriate action.

Meanwhile, Speaker Edward Doe Adjaho, has asked both MPs and members of the Executive arm of government to make the best out of this meeting of Parliament in his welcome address to the House.