The Asutifi North National Commission for Civic Education (NCCE) in the Brong Ahafo Region has inaugurated an Inter-Party Dialogue Committee (IPDC) in Kenyasi in a move to deepen trust among political parties and stakeholders as well as to encourage issue-based campaign in this year’s election.

The new committee, seeking to quell any election related violence and facilitate peaceful polls in December, has Apostle Rev. Dr. Peter Peprah as its chairman, the committee has as members, representatives of political parties, civil society groups, the clergy, security agencies, youth groups, teachers and heads of departments with the District Director of NCCE acting as Secretary.

A Deputy Regional Director of NCCE in the region, Mr. Issahaka Zitor said Ghanaians must appreciate the democratic governance which the country has enjoyed for over a decade.

He noted political parties have the right to explain their ideologies as well as canvass for votes from electorates however such activities must be conducted in a civil manner devoid of insults and use of intemperate language.

The NCCE Deputy Director appealed to the committee to rise to the task and adhere strictly to issues and processes that promote free, fair and non-violent conduct f the elections.

He encouraged parties in a dispute to resort legally laid down process to address their differences and advised voters against selling their conscience to politicians who come with money and gifts.

The Deputy Coordinating Director of Asutifi North, Augustine Asi on his part called on the political parties and Electoral Commission (EC) to collaborate more in information sharing as inadequate information leads to mistrust thereby promoting dissatisfaction that usually spark violence. 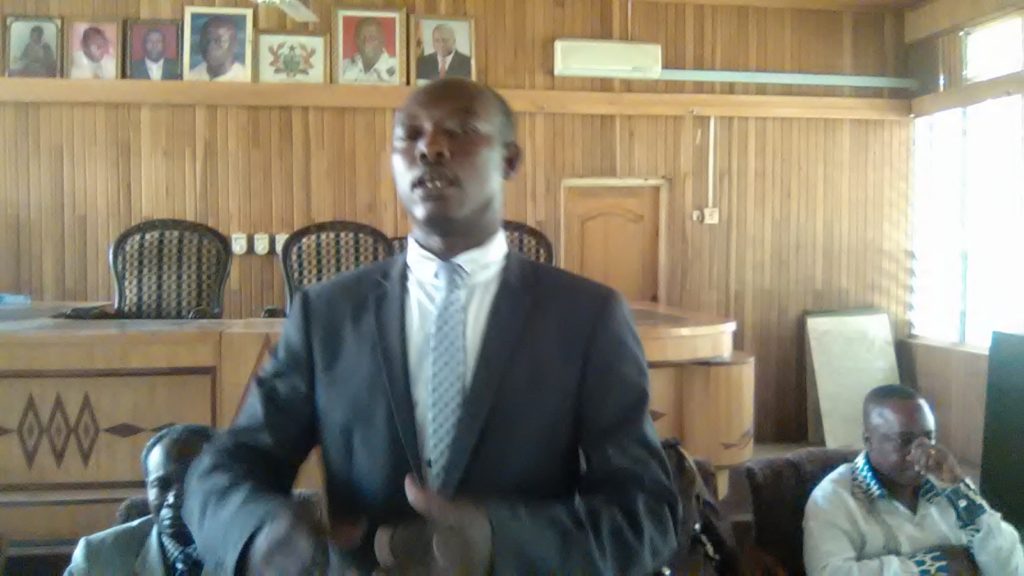 He noted that the EC as a referee in the political discourse should be fair and firm in the discharge of their mandate to repose the confidence that the citizenry have reposed in them.

Mr. Asi appealed to the committee to be proactive in their monitoring, information gathering and resolution of conflicts and ensure all stakeholders abide by the rules and regulations that govern the conduct of elections in the country.

The District NCCE Director of Asutifi North in his welcome address, Mr. Elijah Osei Kwame said formation of the committee was part of the NCCE’s project initiated to focus on mediation and resolution of petty conflicts during the election period.

He said political intolerance was the major cause of violence in the country and appealed to members of the committee to intensify education on tolerance and issues likely to trigger electoral conflicts in the area.