NPP known for denying our successes since 1992 – Veep

Vice President Kwesi Amissah-Arthur, has chastised the opposition New Patriotic Party (NPP), accusing them of deliberately denying the achievements of their political opponents, a political trick he says they have mastered since 1992.

The Vice President, who’s the running mate to John Mahama for the December elections, said this at the Banquet Hall of the State House, ahead of an event on Tuesday, where President Mahama gave highlights of the National Democratic Congress’ (NDC) manifesto for the 2016 polls, which is slated to be fully launched at Sunyani in the Brong Ahafo Region on Saturday.

According to the Mr. Amissah-Arthur, although the party has achieved a lot that is verifiable, the NPP has deliberately chosen to be in denial.

“On 15th December last year, we launched our progress report, ‘Accounting to the people. Since then, our opponents have tried to dismiss the reality that we depict in that document seeking to belittle our achievements and claiming among others that, as a government we have benefited from more resources that any other government in the history of our country. And they have used nominal figures to show this. They have also tried to show that the physical development that we see, are not the results of the plans that we’ve implemented. They’ve also said that the projects have cost more than they should.”

He noted that; “In a sense, this denial that our opponents try to make is similar to the political tricks that they have engaged in and employed since 1992 when they accused the NDC government then. Political tricks that seek to deny the progress we have made. Change is a word we refuse to concede to the opposition because we consider ourselves to be the real agents of change in our change. I can appreciate the dilemma of the opposition” because they cannot stand the achievements of government.” 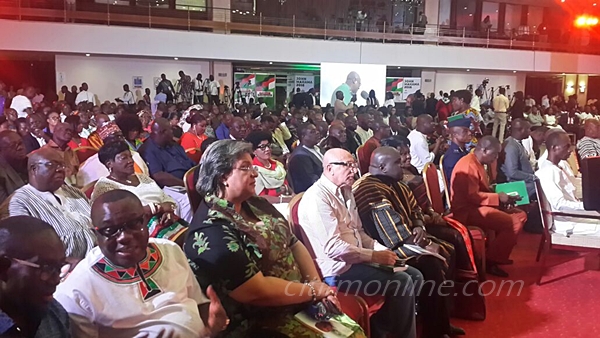 Mr. Amissah-Arthur, who introduced the President to deliver the highlights of the manifesto, titled ‘Changing Lives, transforming Ghana’, said the party’s manifesto for this year’s election, would be the seventh the party has had for an election.

“It is based on our social democratic beliefs; the principal aim of which is to develop Ghana’s human resource potential. The NDC has been privileged to implement four of these manifestos and we have incorporated into these, and implemented them in four administrations of the NDC. After each successive manifesto, we have assessed the previous one, determined the weaknesses, the new challenges that our nation faces and how these can be overcome. Our belief is that our successes are not enough and we can always improve on it. Therefore we strive to do better every time. 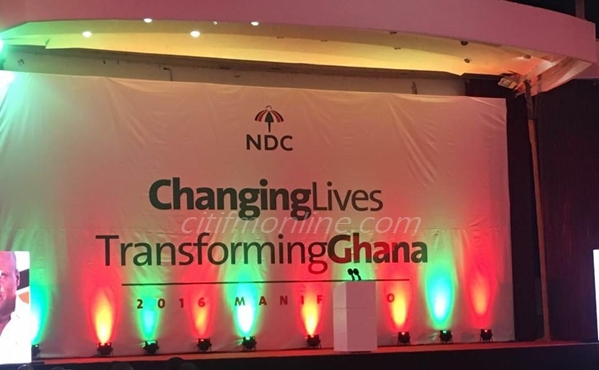 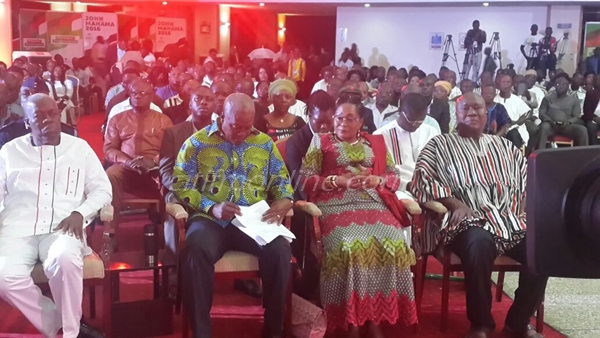