Montie 3 with their lawyers

One of the lawyers for the three, Edudzi Tamakloe confirmed this on his Facebook page with a post saying “happy seeing our clients after they were released from the Akuse Prison.” 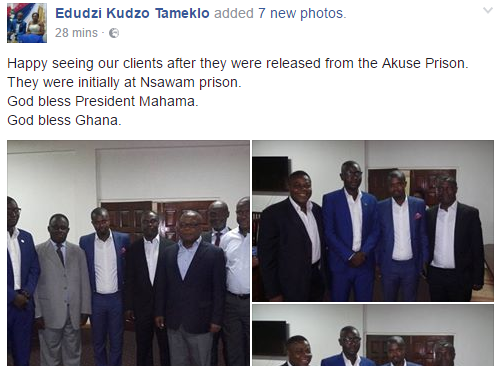 The Montie three were imprisoned in July for criminal contempt of court after they threatened the lives of Supreme Court Justices on a live Montie FM radio programme.

After their incarceration, two petitions were started and signed by top government officials and thousands of sympathisers in an attempt to compel President Mahama to exercise his prerogative of mercy powers per Article 72 of the constitution.

President Mahama eventually exercised this power on Monday, August 22 following consultations with the Council of State.

A statement signed by the Minister of Communications on Monday, Dr. Edward Omane Boamah, explained that the President had taken the decision to pardon the three on ‘compassionate grounds’ given the remorse they had demonstrated.

Edudzi Tamakloe had earlier expressed his gratitude to President Mahama ahead of the release of the three.

Speaking to Citi News he said, “We are excited at the prospect of their coming. The expectations are very high… we are so thankful to the President and the good people of Ghana for the remission of their wrongs.” 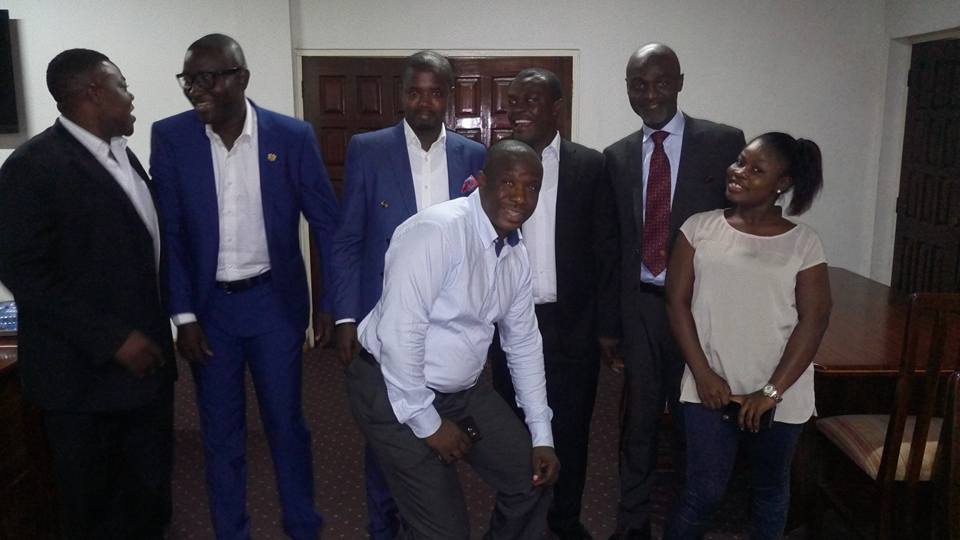 “It is a feeling of excitement and also sober reflection. Right from the time GBA issued their statement to the time we went to the courts, they have always demonstrated that apology and remorse and have taken steps to retract and apologise to the entire Judiciary,” he added.