President John Dramani Mahama has remitted the four months prison sentence handed to the Montie FM host, and two panelists who were convicted of contempt  by the Supreme Court and jailed.

This was after a petition signed by top government officials and NDC functionaries, was presented to the President asking him to pardon the three, who are affiliated to the ruling party. The petition was received by the President and forwarded to the council of state for advice.

Alistair Nelson, Godwin Ako Gunn and Salifu Maase, alias Mugabe, had been sentenced to serve four months in jail and paid a fine of Ghc10,000 each, but have now been granted their freedom three months early.

As a result, their release is expected before the end of this month, August 2016.

The trio had expressed their regret for the comments they made on the Accra-based radio station and called on the President to bear in mind the embarrassment their conduct and incarceration has caused their loved ones, in his consideration of the petition and reverse the “harsh and excessive” sentence.

A statement signed by the Minister of Communications on Monday, Dr. Edward Omane Boamah, said that the President had taken the decision to pardon the three on ‘compassionate grounds’ given the remorse they had demonstrated.

“The decision of His Excellency the President to remit their sentences on compassionate grounds follows a petition submitted to him by the contemnors appealing to the President to exercise his prerogative of mercy even as they continue to express deep remorse and regret for the unacceptable statements they made against the Judiciary,” the statement said.

Pressure on Mahama to free Montie 3

The president had been under pressure to pardon the three, after two separate petitions were presented to him, endorsed by some Ministers of State and senior members of his party, the National Democratic Congress (NDC).

Other Ministers including Trade Minister, Ekow Spio Garbrah and Transport Minister, Fiifi Kwetey have visited the trio in jail.

However, groups including Occupy Ghana had spoken against the petitions presented for a pardon, stating that the positions of Ministers who had endorsed it was untenable.

According to Occupy Ghana, by being signatories to the petitions, the Ministers had endorsed hooliganism, which was unacceptable for people in their position.

International human rights advocacy group, Amnesty International, has backed calls for a presidential pardon for the jailed Montie FM panelists and host if they showed genuine remorse for their actions.

The three had threatened to kill justices of the Supreme Court following their handling of the lawsuit that was challenging the credibility of Ghana’s voters’ register.

The latest development comes barely few days after one of Ghana’s most respected lawyers and a former Attorney General in the NDC administration, Martin Amidu, asserted that the procedure used in jailing the three was unconstitutional.

The former AG also argued that, there was nothing wrong with calls for the President to exercise his prerogative power of mercy, in the case of the jailed Montie FM trio.

The President’s decision also comes at a time when a Ghanaian citizen, Elikplim L. Agbemava,  has filed a suit seeking an interlocutory injunction to restrain the President from exercising his prerogative of mercy under Article 72 of the constitution to free the Montie three contemnors. 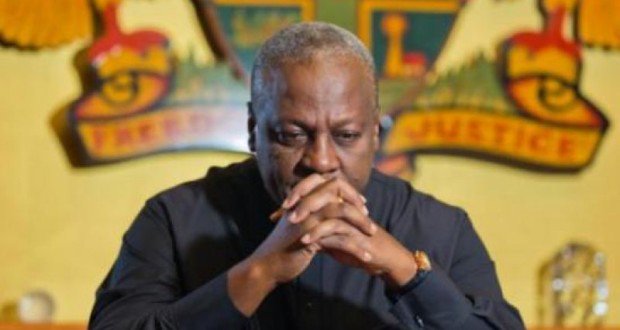 The President of the Republic of Ghana, His Excellency John Dramani Mahama has, in consultation with the Council of State and in exercise of his constitutional powers under Article 72 of the Constitution, remitted the remaining prison sentence imposed on three persons: Salifu Maase (alias Mugabe), Alistair Nelson and Ako Gunn who were sentenced to 4 months imprisonment and a fine of GHȻ10,000.00 each for contempt of court. The remission is effective 26th August 2016

The three were sentenced on 27th July 2016 and have served part of the prison sentences imposed on them. They have also paid the GHȻ10,000.00 (ten thousand Cedis) fines.
The decision of His Excellency the President to remit their sentences on compassionate grounds follows a petition submitted to him by the contemnors appealing to the President to exercise his prerogative of mercy even as they continue to express deep remorse and regret for the unacceptable statements they made against the Judiciary.

His Excellency, President Mahama takes this opportunity to remind all Ghanaians of the need to respect the institutions of State and exercise freedom of speech responsibly mindful of the need to preserve peace and national unity.

The President reminds all concerned especially persons working in the media or appearing on its platforms to be circumspect and guard against the use of intemperate language which has the potential of causing unnecessary tension especially in this election year.
The President is hopeful that all will draw lessons from the events leading to the conviction of the three persons and bear in mind the consequences of injudicious utterances.