I Choose JM, a group of sympathizers of John Dramani Mahama, that is working in the interest of a renewed mandate for the NDC Presidential candidate, has launched an app as a tie in to its numerous campaign efforts.

The photo editing app is named IchooseJM, and will allow voters to self-edit images declaring their preference for candidate John Mahama.

It allows one to insert their picture into a frame that states “iChooseJM”. The frame comes in two colours; red and green.

The frame also has a caption that reads “www.greenbookghana.com”, a website that details all the achievements of the John Mahama-led administration.

“…People are really happy with it…We added the link to the online version of the Greenbook so that people could go there and see why we chose JM,” a member of the team said of the numbers that have downloaded so far in the Google Play Store. 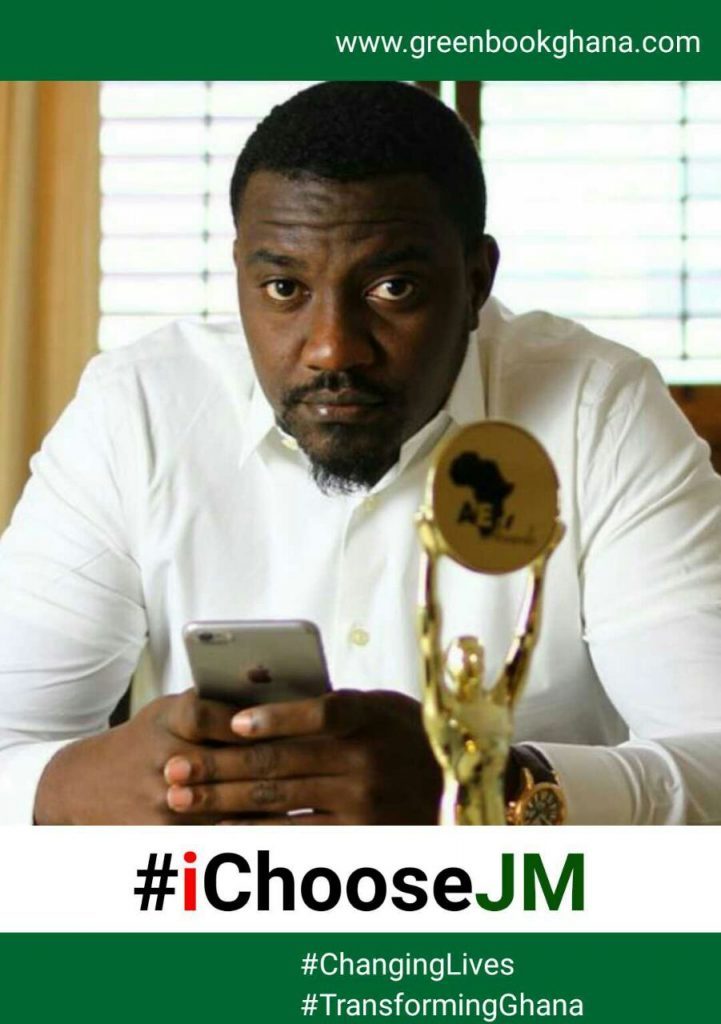 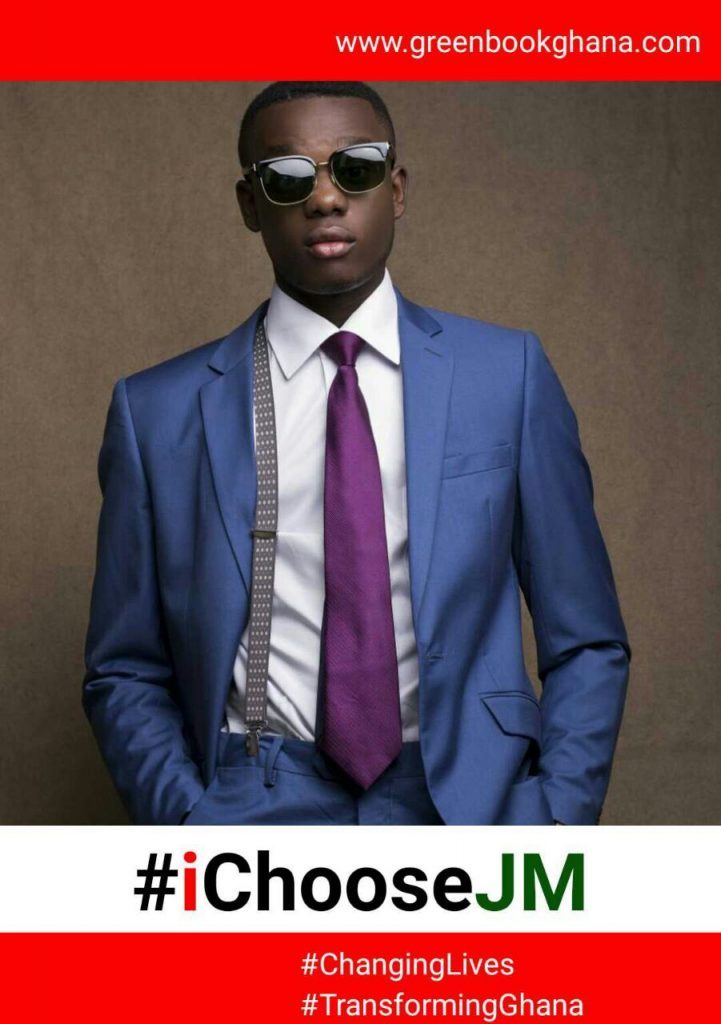 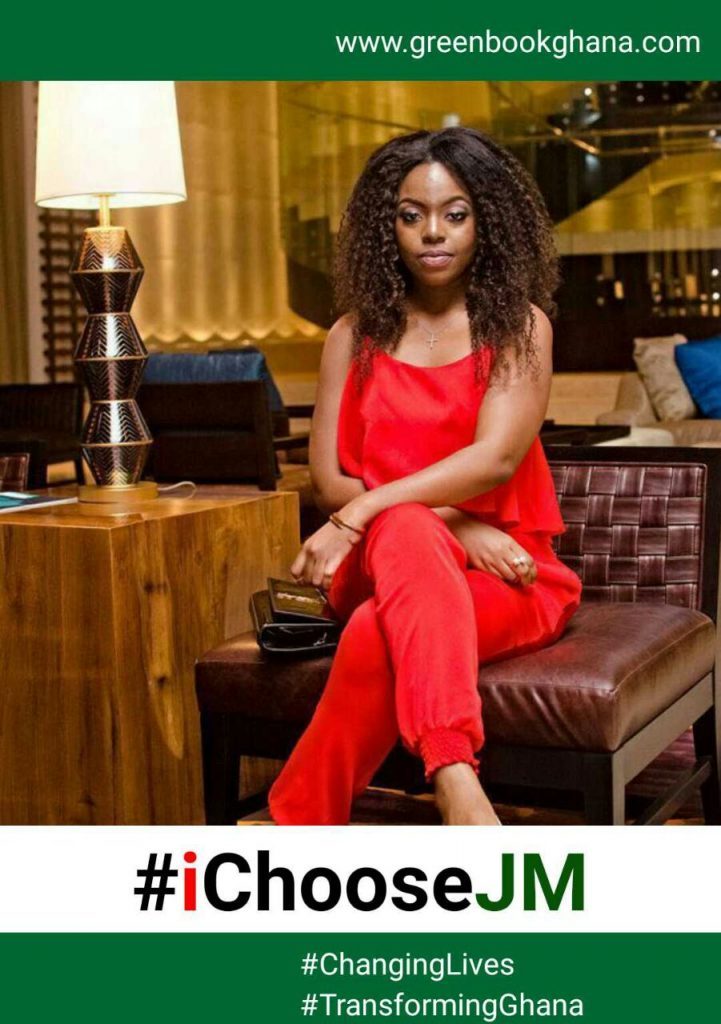 The sitting president continues to embrace the use of digital media in getting the message out there. This latest initiative is an example.

Ghana goes to the polls on December in a race largely between Mahama and the NPP’s Nana Akufo-Addo. 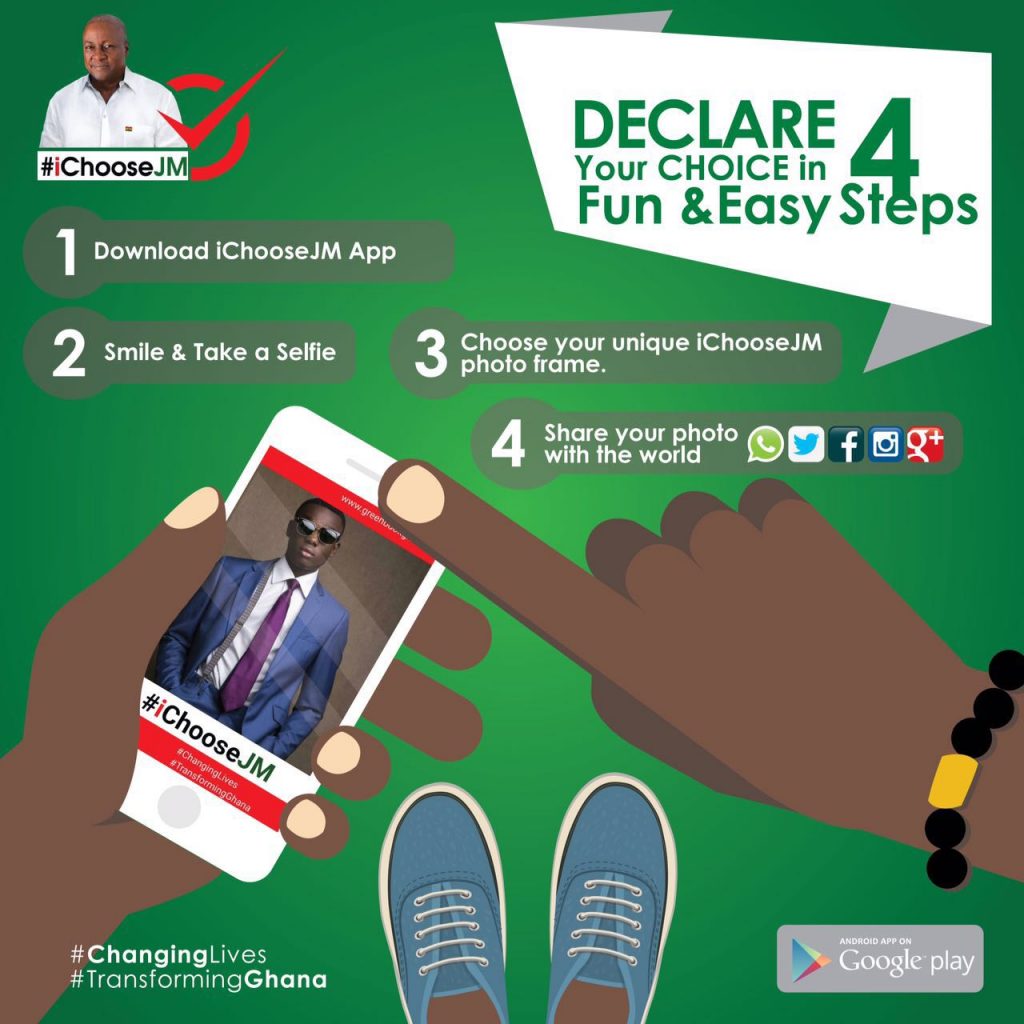