Some female teachers of the St. John’s Primary 1& 2 School at Accra Newtown, together with three officials of the Ghana National Association of Teachers (GNAT), have been taken through an identification session at the  Nima Divisonal Police Command, to assist the Police fish out some persons who allegedly assaulted some teachers in the school. 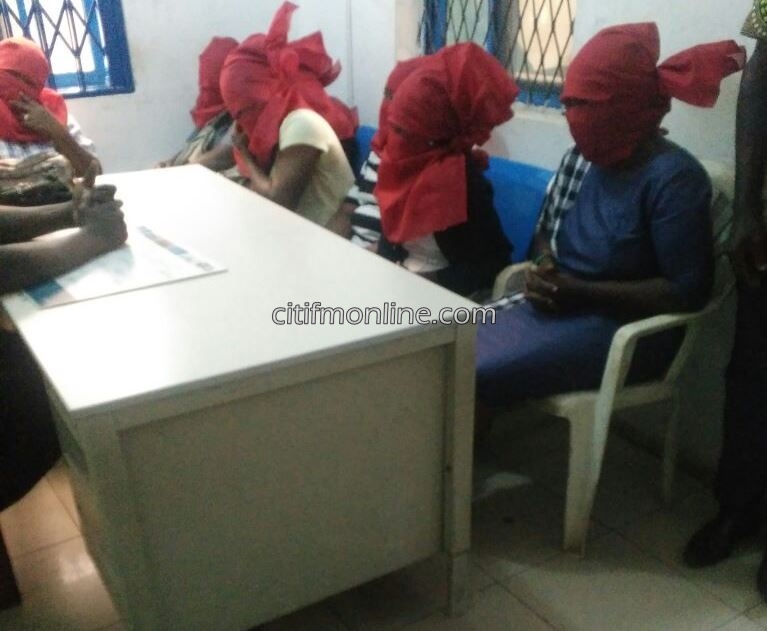 In a rather unusual form of identification, the faces of the female teachers were masked with red cloth, to protect their identities, and also to protect them from possible attacks. 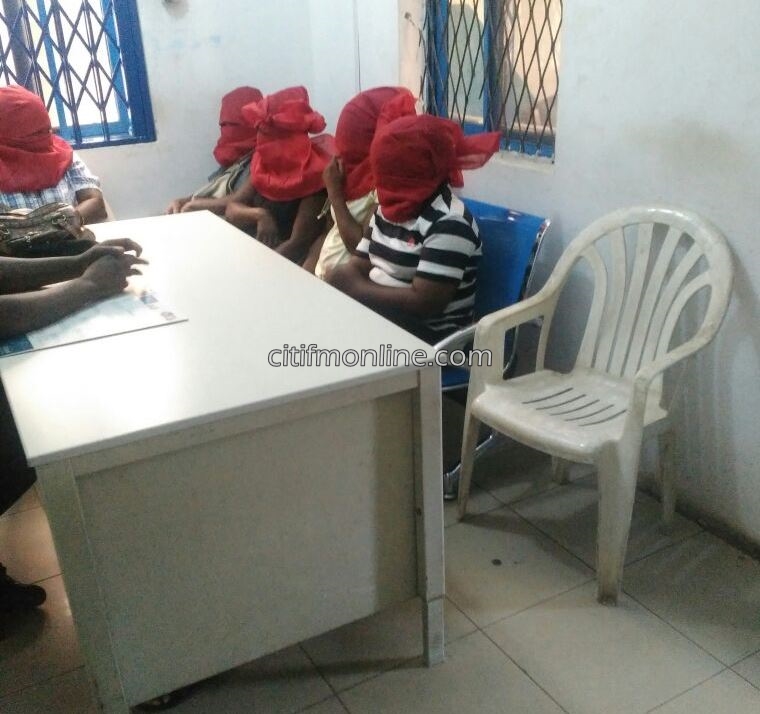 Teachers could not identify suspects

After the identification process however, the women could not identify the suspects who carried out the attack among the seventeen (17) persons.

On Tuesday June 7, some young men beat up some female teachers in the school, after a pupil was punished by one of the teachers.

The Police have so far arrested about 17 people in connection with the incident, after GNAT and NAGRAT, questioned the silence of the police.  Last week, the school, which was closed down, temporarily, still remains under lock and key.

A video footage, which went viral on social media, shows a group of young men assaulting a female teacher for punishing a pupil in her class.  According to some teachers of the school, the pupil was asked by a female teacher to kneel in front of the class after she failed to read a lesson in class.

The incident compelled the Ghana National Association of Teachers (GNAT), to demand the closure of the school and all surrounding government schools, until the perpetrators are brought to book.

Citi News’ checks in the area revealed that, the school is currently under lock and key.

Meanwhile, most of the teachers in the surrounding schools have boycotted classes in solidarity with their colleagues in the school.

A member of the Ghana National Association of Teachers (GNAT), who also happens to be a teacher in one of the government schools, Benjamin Bediako, told Citi News that they will not rescind their decision until the men are arrested. “This is the first time I have heard of a pupil going out to call thugs to come and beat a teacher in the school. This is just barbaric and we can’t sit down and say nothing. For the sake of the children, GNAT asked the school to be closed to keep both teachers and pupils safe.”