The Ashanti regional Police Command has arrested four persons in connection with the murder of a 42-year-old man at Nkoransa on Wednesday.

The deceased, Anthony Dabo, who operates a local fuel station, was shot in the leg after and stabbed to death.

According to his family, the robbers also made away with an unspecified amount of money.

He added that those arrested will be arraigned soon.

“We’ve been able to arrest four of the suspects. We will put them before court while investigations continue.” 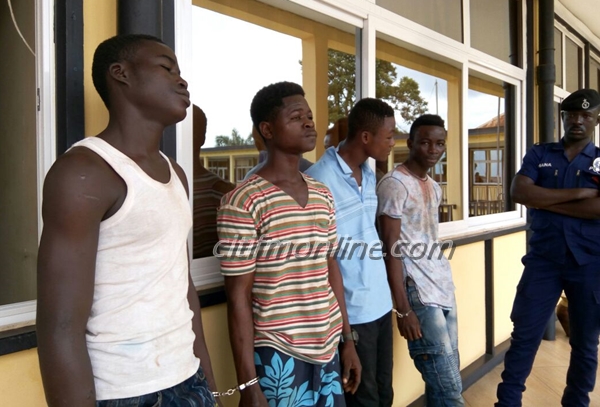 The Police PRO said three of them actually took part in the robbery.

“We have Addai Kojo, 18, alias Chief who is a driver’s mate. We also have Moses Atoa, 19, a porter and Kofi Emmanuel, 22, a food vender. Kofi Emmanuel has been identified by the wife of the deceased as the one who picked the mobile phone from the room. Also we have one survivor who took part in the robbery and is currently on the run.”

“We have Kwaku Ababe who has also been mentioned. We have arrested Power who happened to be a buyer of their booty. One Papa Gyan who also sells fire wood at Asafo BB, happens to be their financier. He is the one who gives them money to take taxi cab and sells the phones to Papa Gyan. So the Command has declared Kwaku Ababe and Papa Gyan wanted,” he added.

The Police PRO further appealed to residents “especially those around Asafo BB” to help them with information leading to the arrest the two remaining suspects.

Meanwhile, the police will on today [Thursday] hold a press conference to parade the suspects.