The Upper East Regional Secretariat of the New Patriotic Party has accused President John Dramani Mahama of bypassing the region on his “Accounting to the People Tour” to avoid embarrassment for the under-development and neglect of the region under his government.

According to the NPP, the 3-day “Accounting to the people tour” scheduled for the  6th to the 8th of June, was  later postponed to an unknown date because there was nothing for the President Mahama to commission.

Speaking at a press conference in Bolgatanga, Upper East Regional chairman of the NPP, Mohammed Ibrahim Mutala said, the NDC has 14 members of Parliament in the region but  their constituencies have been neglected and starved of needed development.

This coupled with unfulfilled  promises, he said  has plunged the people in the region into severe poverty.

Why President Mahama swerved the UER

Mr. Mutala stated that, NDC government’s inability to fulfill its promises deterred president Mahama from accounting to the people in the region. 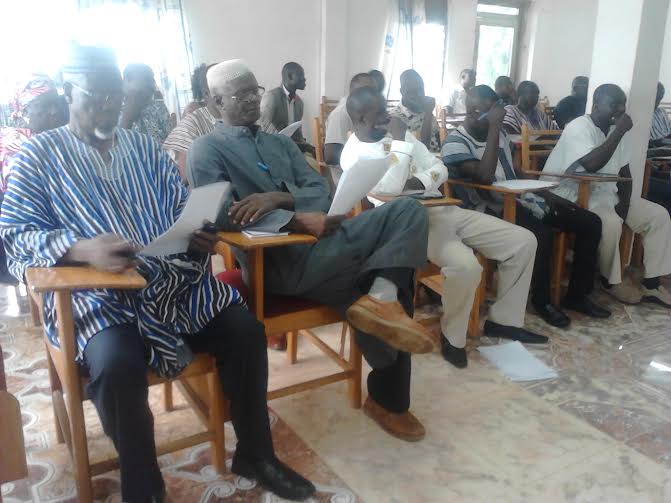 He listed five reasons why President Mahama intentionally stayed away from the region:

1.The failed promise to construct the Bolgatanga-Bawku road which  connects the two major commercial cities in the region. In fact, the nature of this road has only moved from bad to worse. These were the exact words of President John Mahama in 2014 when he visited Bawku, “I want to promise you that the next time I come to Bawku, the road linking Bolga and Bawku will not be an issue.

2.The failed promise to build a new regional hospital for the region. What we now see, is essentially a continuation of the expansion works started by the NPP in relation to the existing Bolgatanga Municipal hospital.

3.The failed promise to revamp the Pwalugu tomato and Zuarungu meat factories amen to construct the so-called Bolgatanga airstrip.

5. The failed promise to complete even a single one of the so called 200 day SHS in the upper east region and works on the Zebilla market.

“With this in mind, you would understand why John Mahama had to postpone indefinitely his tour to the region because he has absolutely nothing to tell the people of Upper East,” Mutala stated.

Mr. Mutala urged all well-meaning Ghanaians to vote for change by voting massively for Nana Addo and the NPP in the November polls to save them from these supposed hardships.

He explained that the government has initiated a number of projects in the region hence it is not true that the region is being starved of the needed development.

He said the Winkogo-Tongo, Madina-Bongo and Tono roads have been tarred and could have been commissioned by president Mahama.

Accounting to the people tour

President John Dramani Mahama about two months ago embarked on what he calls ‘Accounting to the people tour’ in a bid to recount to Ghanaians the projects initiated by his government within the last three years.

The tour had been described by critics as an abuse of incumbency since they claimed he is using state resources to campaign ahead of the November polls.

Others have also described the tour as shallow lacking the real tenets of accountability and transparency.

The tour has taken to the Eastern, Volta, Brong Ahafo, Western among other regions.