Workers of Dangote Cement in Tema have laid down their tools in protest against what they call poor conditions of service and low salaries.

According to the workers, since 2010, their salaries have not seen any increment, as they continue to earn poor wages.

According to them, the highest a worker in the category of factory hands and others take home, is Ghc505, whiles the lowest earners take home Ghc165 before tax. 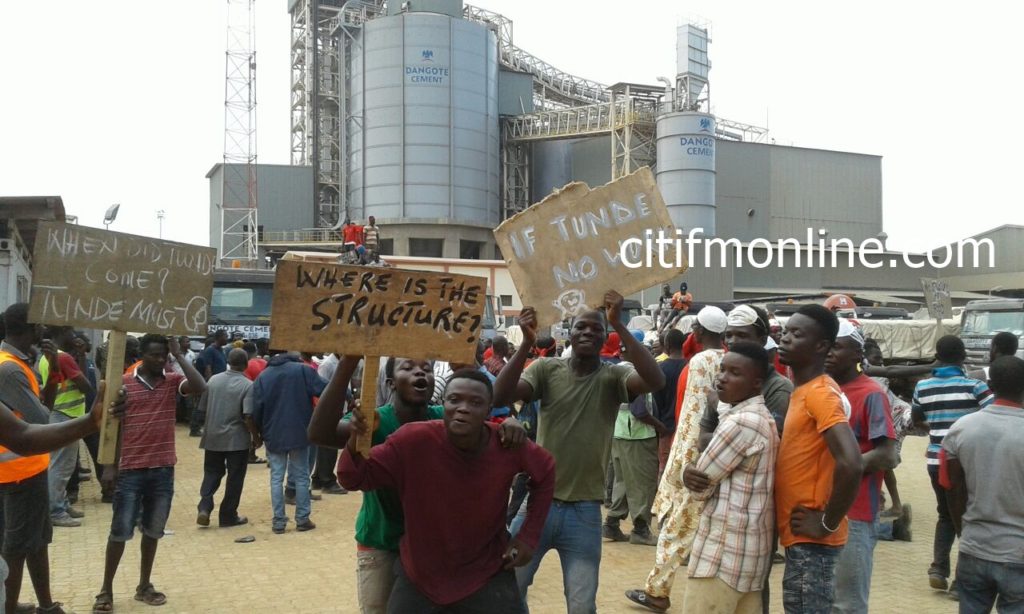 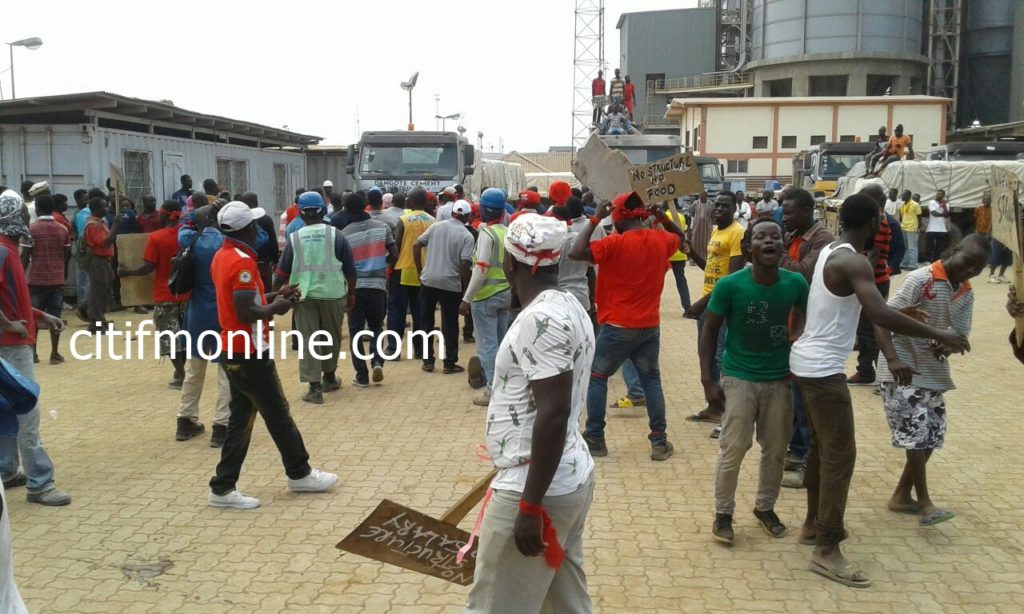 The workers, numbering about 700, were clad in red arm bands, and wielded placards.

Some of the placards read; ‘Tunde must go’, ‘We are dying in our own country’, ‘Mr President, please come to our aid’, among others.

The local Union Chairman of the company, Thomas Ngba, noted that the workers can no longer take the maltreatment been meted out to them by the management, as they can no longer foot their bills at home. 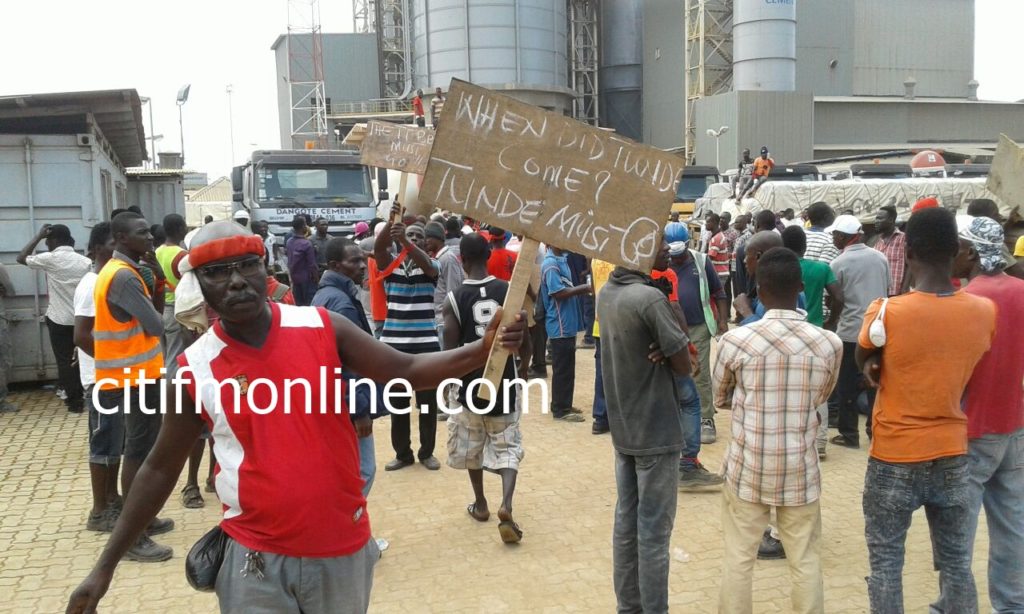 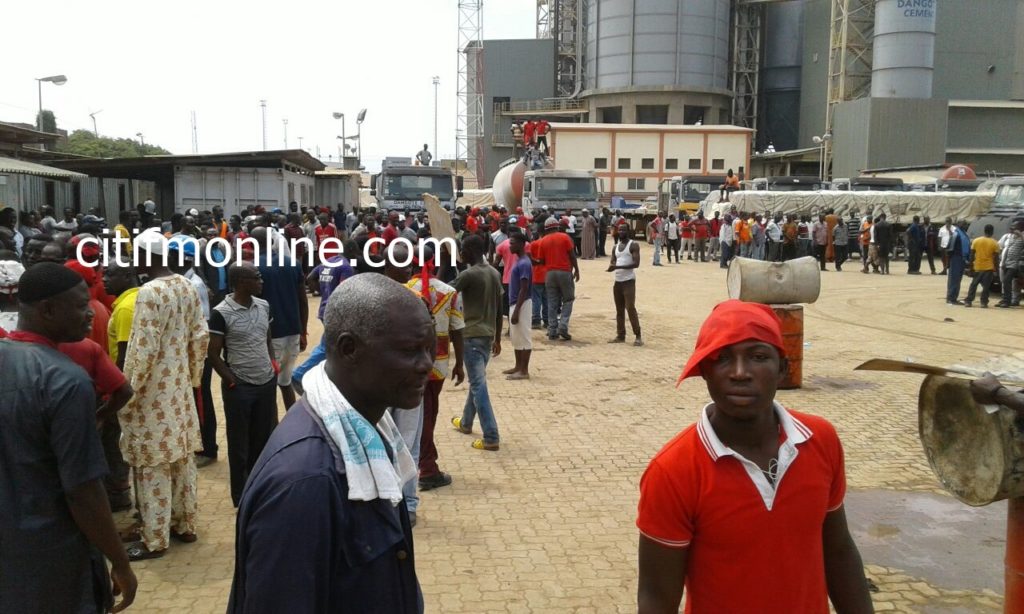 He said, “last week we went on hunger strike where we failed to eat throughout the week thinking management would even call us for a discussion but nothing was heard from them”.

Mr. Ngba continued that since they were employed in 2010, there has been no increase in salary, adding that their working conditions are also very bad. 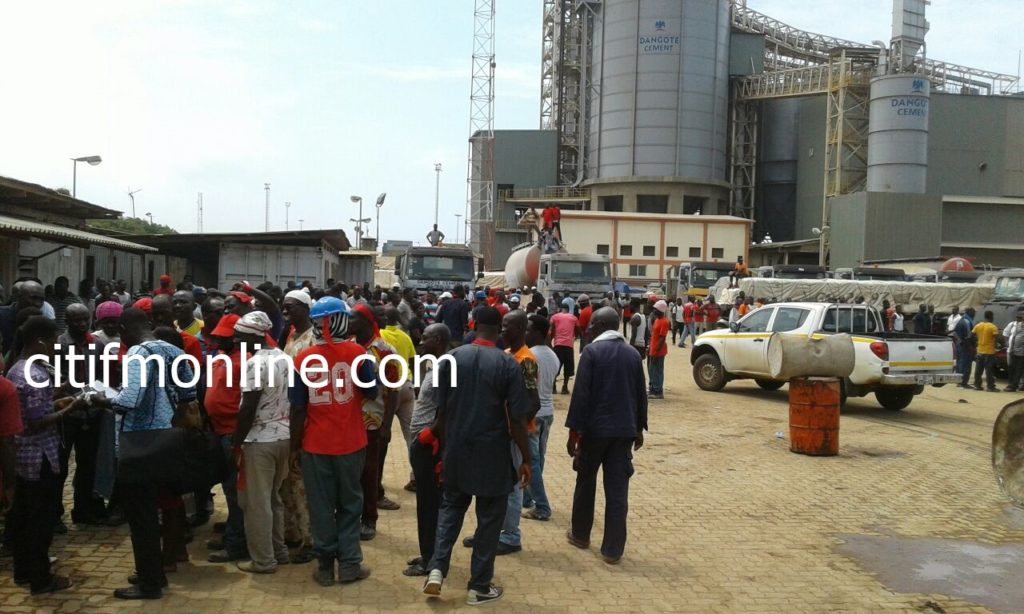 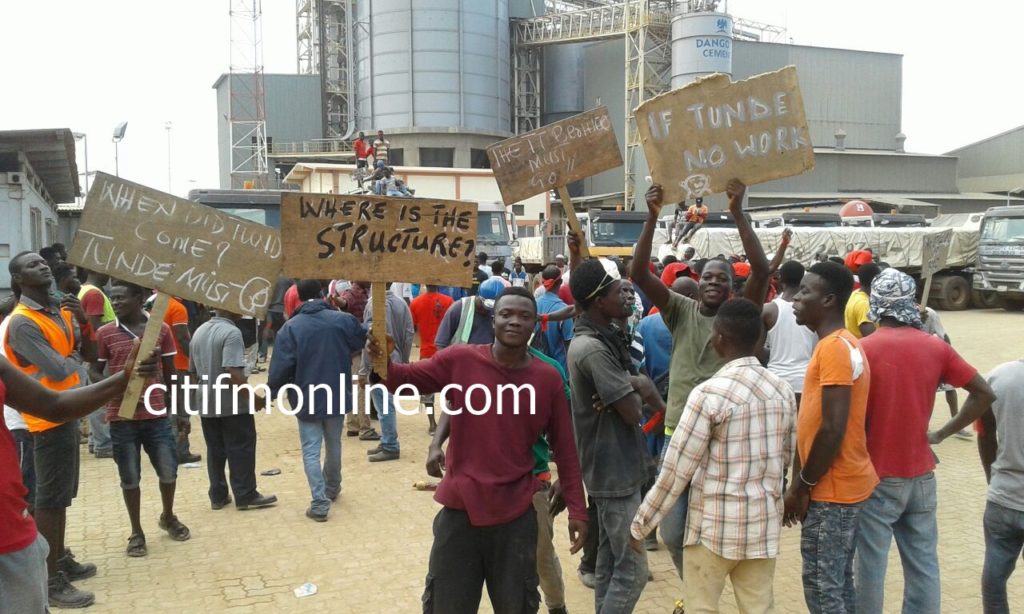 Some drivers of the company who also spoke to Citi News said drivers who cart the cement across the country, would have to use their own money for their hotel bills, to be reimbursed later, but according to them, it takes months to receive the monies.

Attempts by Citi News to speak to management of the company proved futile.

Step down or face us in court – PPP to Mahama