7 arrested in A/Region clampdown on robbery

The Ashanti Regional Police Command has arrested seven persons suspected to be behind the recent robbery cases in the region.

Addressing the media today [Friday], the Deputy Ashanti Regional Police Commander, ACP Ampofo Duku said the robbers were arrested in hideouts in Kwadaso and Kronum, all suburbs of Kumasi in the regional capital, Kumasi.

The police also believe the suspects are connected to the killing of an employee of the Kwamanman Rural Bank. 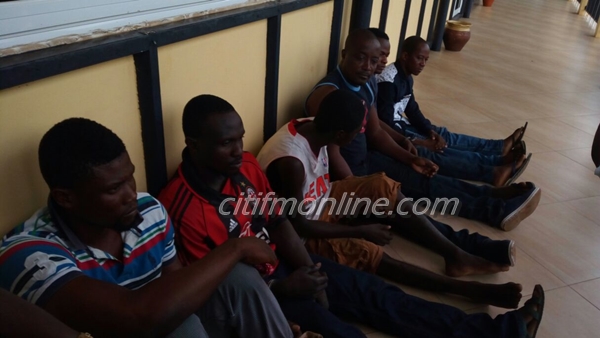 Four of the arrested suspects have been identified as Adu Gyamfi, Roland Esirfi, Kofi Agyeman and Adu Sarfo. 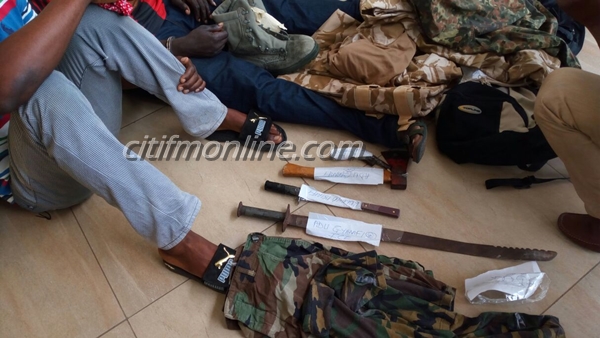 Esirifi also some information that led to the arrest of Adu Gyamfi according to ACP Duku, because the suspect was in possession of a phone that had a picture of a foreign pistol on it.

The police eventually ascertained that the picture belonged to Gyamfi.

“He [Esirifi] led police to Adu Gyamfi’s house and a search conducted in his room also revealed one Samsung mobile phone, one iPhone, an axe and a long cutlass,” ACP Duku stated.

Further investigations of the two, led to the arrest of the other identified suspects; Kofi Agyeman and Adu Sarfo at Kwadaso.

The Deputy Police Commander indicated that, “Investigations are ongoing to link them to some of the robberies suspected to have been undertaken by them.”

Don’t descend into the gutters over criticisms – JJ to NDC

Banks will collapse if BDCs debts are not paid – Bawumia