Bad weather was the biggest factor in the crash of AirAsia flight QZ8501, the Indonesian weather agency believes.

The BMKG agency said initial analysis suggested icy conditions in the air had caused the engine to stall.

The Airbus A320 vanished with 162 people aboard en route from Surabaya in Indonesia to Singapore last Sunday.

The discovery of four large objects believed to be plane debris has raised hopes of finding the fuselage, where most bodies are believed to be trapped.

Just 30 bodies had been recovered from the Java Sea as of Saturday morning.

The plane’s black boxes, its flight data and cockpit voice recorders, have yet to be located.

BMKG found conditions at the time of the plane’s disappearance suggested it had probably flown into a storm and experienced extremely icy conditions.

“From our data it looks like the last location of the plane had very bad weather and it was the biggest factor behind the crash,” said Edvin Aldrian, head of research at BMKG.

“These icy conditions can stall the engines of the plane and freeze and damage the planes machinery,” he added.

Officials have said the plane was travelling at 32,000ft when the pilot’s last communication was a request to climb to 38,000ft to avoid bad weather. 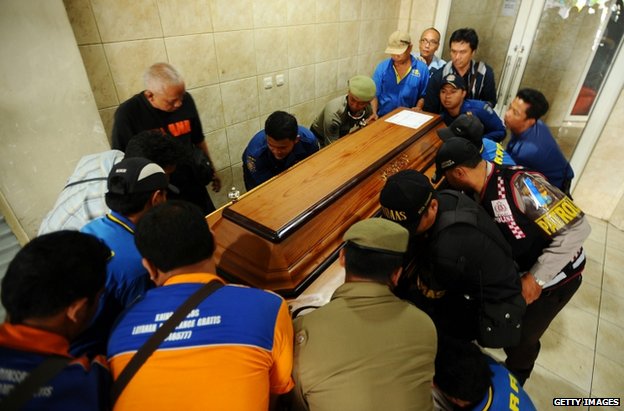 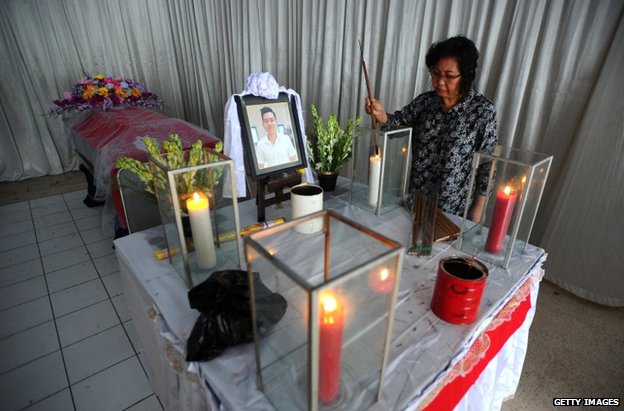 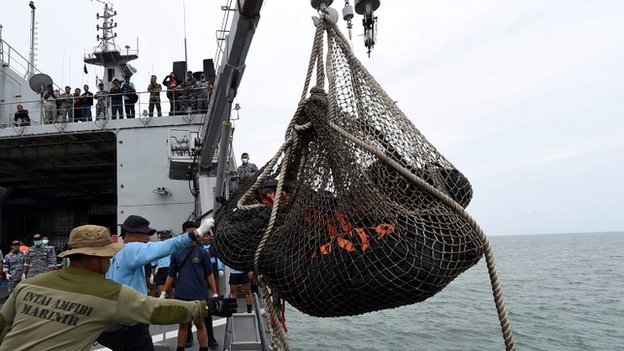 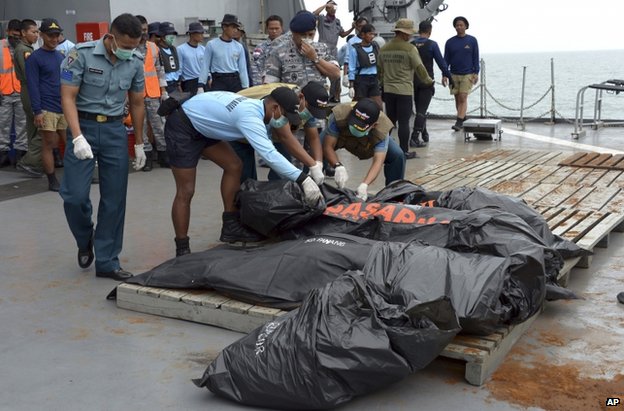 Victims in body bags were hoisted aboard a warship 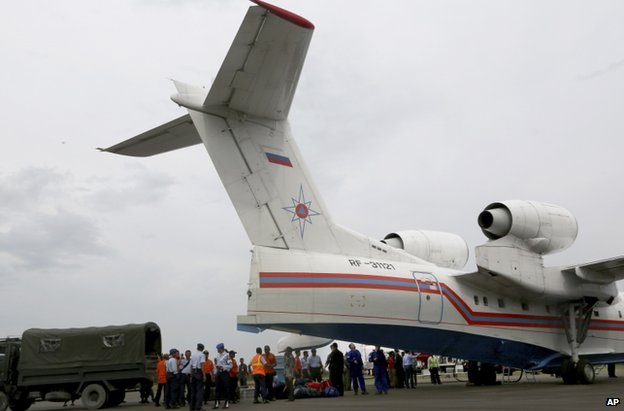 Russian search teams arrived aboard a Beriev Be-200 amphibious aircraft

The biggest of the objects was 18m (59ft) long, he said, and he believed they were parts of the plane.

According to the Associated Press news agency, he also gave the width of the largest object found, saying it was 5.4m. Another part was said to be 10m long.

Mr Soelistyo said an ROV (remotely operated underwater vehicle) was being lowered into the water to get an actual picture of the objects, which were at a depth of 30m.

He warned the height of waves was hampering the search effort at sea. The waves were four to five metres high, he said.

Captain John Noble, a marine salvage consultant, told the BBC that the fact the crashed jet appeared to be in about 30m would help search teams.

“It is very dive-able,” he told the News Channel. “It is easy to get equipment down there. There are problems with currents and visibility but compared to the [missing Malaysia Airlines Flight] MH-370, we are talking about just a little depth.”

Ghana gets Africa’s first canopy walkway on the sea