Sony has developed a watch made from e-paper as part of an initiative to experiment with the use of the material for fashion products.

The Fes Watch has a minimalist, monochrome design but falls short of the features offered by smartwatches.

However, the battery of the e-paper watch could last far longer with an estimated 60 days of use.

The device has been described as “retro and cool” by gadget expert Stuart Miles from Pocket-lint.

“One of my predictions for next year is that fashion is going to play a huge part in shaping the tech industry.

“Having a phone that’s big and square is one thing, but if we’re actually wearing things, it has to look good.”

The watch face and straps have an e-paper display – comparable to the technology used in e-book readers such as Amazon’s Kindle.

It means the watch can alternate between several different styles of watch face and strap design.

According to the Wall Street Journal, Sony had deliberately kept the development of the watch low-key, opting to use a spin-off division called Fashion Entertainments to work on the device.

Fashion Entertainments ran a crowdfunding campaign to fund the watch’s creation, the WSJ reported, in an attempt to gauge the public’s interest in the concept.

“We hid Sony’s name because we wanted to test the real value of the product, whether there will be demand for our concept,” a person involved in the project told the newspaper. A spokeswoman for Sony confirmed to the BBC that Fashion Entertainments is a division of company’s New Business Creation Department, and was working on a number of e-paper prototypes. 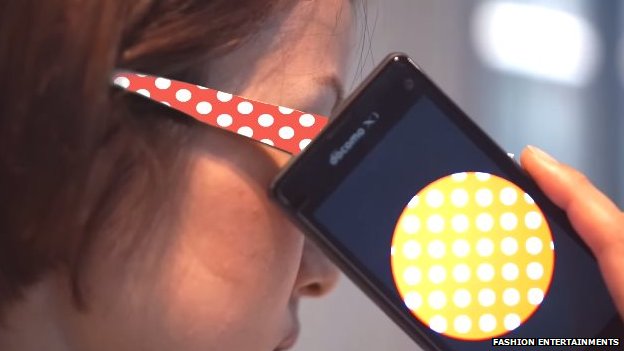 Other e-paper experiments being worked on by Fashion Entertainments include shoes, bow-ties and glasses.

One drawback of using e-paper rather than, for example, liquid-crystal displays (LCD) is a limitation on possible features due to the limitations of what e-paper can display.

However, Mr Miles said he did not envision that being too significant a drawback for e-paper wearable technology.

“Look at traditional watches now, they just tell the time and we’re happy with that,” he said, noting that one of the most popular smartwatches on the market, the Pebble, uses e-paper.

Sony has not provided a date for the Fes Watch’s release.