Use Ebola survivors’ blood – WHO

The blood of patients who recover from Ebola should be used to treat others, the World Health Organization has announced.

West Africa is facing the largest Ebola outbreak in history and more than 2,000 people have died.

A global group of experts have been meeting to assess the experimental therapies that could contain Ebola.

The WHO also announced that Ebola vaccines could be used on the frontline by November.

People produce antibodies in the blood in an attempt to fight off an Ebola infection.

In theory, those antibodies can be transferred from a survivor into a sick patient to give their immune system a boost.

However, large scale data on the effectiveness of the therapy is lacking.

Studies on the 1995 outbreak of Ebola in Democratic Republic of Congoshowed seven out of eight people survived after being given the therapy.

Dr Marie Paule Kieny, an assistant director general at WHO said: “We agreed that whole blood therapies may be used to treat Ebola virus and all efforts must be invested to help infected countries to use them.

“There is a real opportunity that a blood-derived product can be used now and this can be very effective in terms of treating patients.”

She said that it was the one positive aspect of so many people being infected.

“There are also many people now who have survived and are doing well. They can provide blood to treat the other people who are sick.”

There is no clinically proven drug or vaccine to treat Ebola, but many are in the experimental stage.

Around 150 experts have spent the last two days investigating how to fast-track promising experimental drugs to make them available in West Africa as soon as possible.

Ebola vaccine trials started in the US this week and will be extended to centres in the UK, Mali and Gambia in the coming weeks. 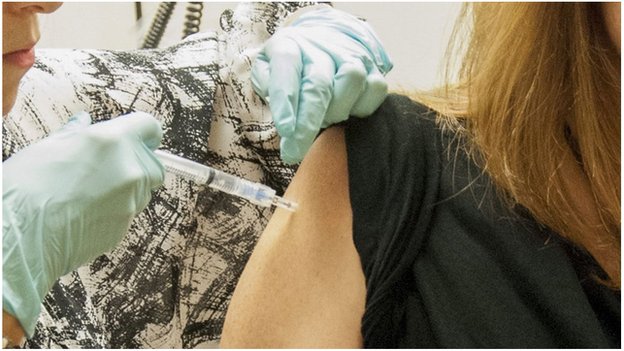 The WHO said safety data would be ready by November 2014 and, if it proved safe, would be used in West Africa immediately.

Healthcare workers and other frontline staff would be prioritised for vaccination, the WHO said.

Experimental drugs – such as ZMapp, which has been used in seven patients including a British volunteer nurse – were also assessed.

However, the supplies of all the experimental drugs are very limited, if not exhausted.

The WHO said efforts were underway to increase production, but it would take several months.

Dr Jesse Goodman, from Georgetown University Medical Center in the US, took part in the meeting.

He said: “This is a unique opportunity to identify what new treatments and vaccines can really help people and then potentially accelerate their use.

“We don’t want to end up after this outbreak not knowing how best to prevent or treat the next one.”

Yet the WHO warned that all the talk of experimental therapies must not detract from the proven methods of infection control which have defeated all previous outbreaks.

Meanwhile, officials in Nigeria have decided to reopen schools in the country from 22 September.

They were closed as a precaution to prevent the spread of the virus.