A three-day curfew or lockdown to try to stop the spread of the Ebola virus has come into effect in Sierra Leone.

The aim of the move is to keep people confined to their homes while health workers isolate new cases and prevent Ebola from spreading further.

Critics say the lockdown will destroy trust between doctors and the public.

Sierra Leona is one of the countries worst hit by West Africa’s Ebola outbreak, which has killed more than 2,600 people.

The UN Security Council on Thursday declared the outbreak a “threat to international peace and security”.

The Security Council unanimously adopted a resolution calling on states to provide more resources to combat it.

The medical charity Medecins Sans Frontieres (MSF) has been strongly critical of the lockdown, arguing that ultimately it will help spread the disease.

MSF, whose staff are helping to tackle the outbreak, said in a statement this month that quarantines and lockdowns “end up driving people underground and jeopardising the trust between people and health providers”.

“This leads to the concealment of potential cases and ends up spreading the disease further.” 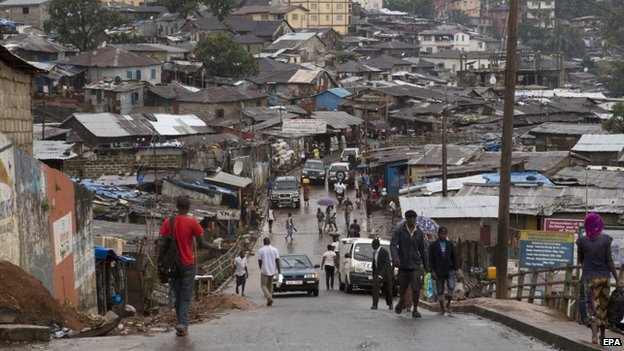 There are reports of stockpiling in Freetown ahead of the lockdown 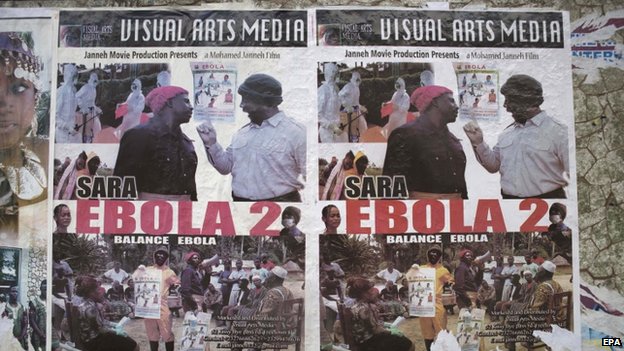 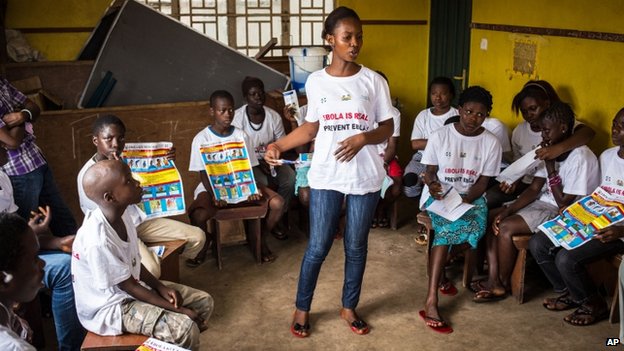 But the authorities insist that the measure “will minimise the spread of the virus”, and that thousands of officials would be deployed to make sure residents stayed indoors.

Volunteers will go door-to-door to test people for the virus and take infected people to treatment centres.

Health ministry spokesman Sidie Yahya Tunis told the BBC this month he did not expect the public to object.

“You follow or else you’ll be breaking the law. If you disobey then you are disobeying the president,” he said.

It then spreads between humans by direct contact with infected blood, bodily fluids or organs, or indirectly through contact with contaminated environments.