A three-eyed calf is being worshipped as a deity in India.

The baby cow was born with the additional organ in the middle of his head, much like the Hindu god Shiva.

Visitors have flocked the village of Kolathur in Tamil Nadu, southern India, to see the special calf for themselves. 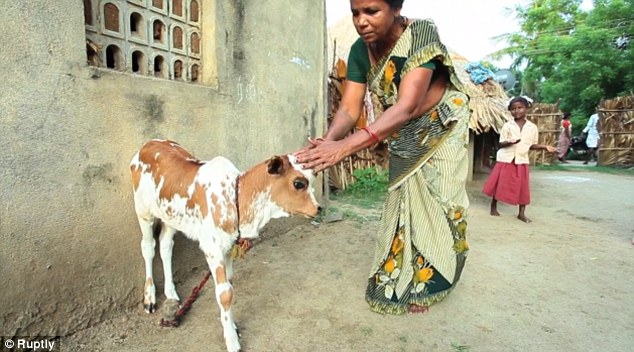 Incarnation of Shiva: Villagers in Kolathur, southern India, are flocking to see the calf and pray

Some have even travelled from afar to worship the animal, believing it to be an incarnation of Shiva.

The calf’s owner, Rajesh, says the animal is a ‘miracle’ sent to bring good luck to their village.

‘This is a miracle calf, so we are worshipping and praying to it like a god,’ he says. ‘We believe if we worship this calf it will give good luck for us and the people around us.’

In the video, locals can be seen visiting the calf to pray.

One villager, Sharmila, explains, ‘This calf is born with the third eye, so we believe Shiva, a god who has three eyes, has been born here.

‘That’s why we have come here to see the calf and take his blessing. Not just us, but everyone from our village and nearby districts visited this place. It’s our god.’ 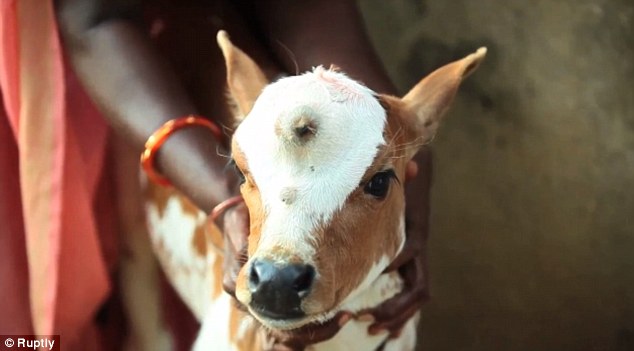 Third eye: Like the Hindu god Shiva, the young calf was born with an extra eye in the middle of his forehead 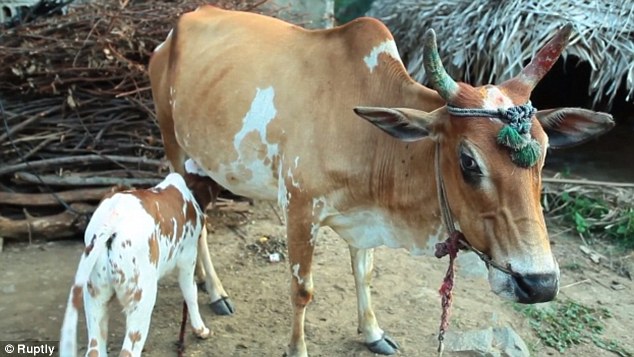 The animal, unaware of its fame, is simply content to nurse from his mother

For his part, the young animal seems largely unaware of his fame, content in his owner’s arms or nursing from his mother.

Shiva is one of the foremost deities of Hinduism, and the Supreme Being of Shaivism, one of the most influential denominations within Hinduism.

One of the key identifying features of Shiva is the third eye on his forehead, which can emit flames. When Shiva loses his temper, he opens his third eye to burn things to ashes.

I have a crush on Mahama – Afia