Sony has overtaken Nintendo for the first time in eight years, based on the total number of game consoles sold.

It is based on figures published by Nintendo ahead of a shareholders meeting, and a previously released earnings statement from Sony.

The news is not surprising.

Sony’s PlayStation 4 has emerged as the bestselling “new-gen” console. But demand for Nintendo’s Wii U – with its touchscreen controller – has lagged far behind the original Wii, which was the most popular hardware of the last generation.

The figures also include sales of the older PS3 and original Wii, in addition to Nintendo’s 3DS and Sony’s PlayStation Vita handhelds.

Sony, Nintendo and their US rival Microsoft will all be announcing new titles this week to coincide with the E3 video games expo in Los Angeles.

The Nikkei’s report followed Nintendo’s announcement that it was closing its European headquarters in Germany. 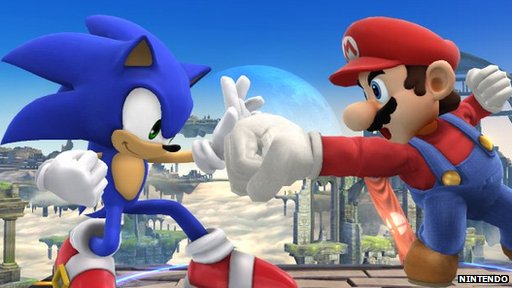 The firm said on Friday that it planned to axe 130 jobs as result of the decision to close both its office and warehouse in the Bavarian city Grossostheim.

It added that some work would be shifted to Frankfurt, but that there would also be the “outsourcing and reorganising” of other functions.

The firm will make further cost savings by opting to unveil details of forthcoming games via a video news release rather than host a physical press conference at E3, repeating a step it took last year.

Nintendo is renting significant floor space at the event, however, including an area set aside for a tournament to promote its much-anticipated fighting title Super Smash Bros 4, due for release on the Wii U and 3DS later this year.

“It’s a title you have to keep your eye on as it’s an epic franchise,” said Lewis Ward, a video games analyst at the IDC consultancy.

“But it’s going too far to say it will turn around Nintendo’s fortunes. By my projections the Wii U will remain in third place,” he added referring to the PS4 and Xbox One.

Nintendo’s president Satoru Iwata will not be attending E3. 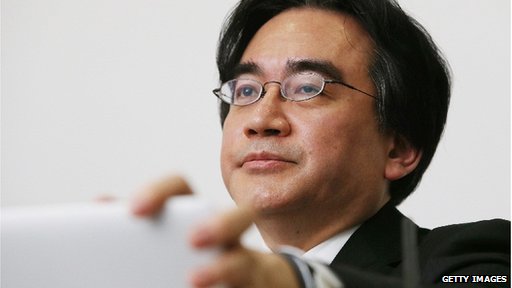 Nintendo’s president will not be attending E3 this year

The firm said last week that the 54-year-old’s doctor had told him not to fly in the immediate future.

It declined to provide more detail beyond telling the Wall Street Journal that Mr Iwata did not have a “major health problem.”

While the PS4 may have a solid lead in terms of global sales, the picture is different in its home market.

Figures from the market research firm Media Create indicate that the Wii U has enjoyed a solid lead over the PS4 in recent weeks.

According to figures released for the last week of May, 19,312 Wii Us were bought in Japan compared to just 6,022 copies of the PS4. That may be partly explained by fact the popular racing game Mario Kart 8 was just released by Nintendo.

But the Wii U outsold its rival the prior week as well despite the fact the PS4 only launched in Japan in February.

“Hopes that the PlayStation 4 can achieve a reasonable degree of Japanese success hinge on the introduction of big titles that appeal to the nation’s tastes,” blogged The Motley Fool writer Keith Noonan. 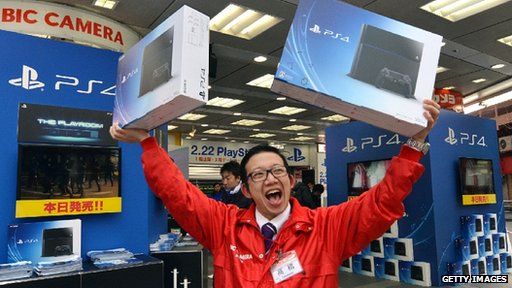 “The current lack of such titles has been well documented, and the deficiency looks to be an ongoing problem for the console throughout the year.”

PlayStation chief Andrew House alluded to the issue in an interview with Edge magazine, in which he said the decision to launch the PS4 in Japan after most other territories was in part due to the initial lack of content from Japanese publishers as well as the greater popularity of handheld consoles in the country.

But he added: “The initial audience that’s buying PS4 in Japan is much younger than we’d first anticipated.

“We’re seeing a sweet spot anywhere from the mid-to-late teens through to the mid-20s, and that is considerably younger than where we’ve seen consoles traditionally being played in Japan. It says to me that there is the opportunity for a revival of console gaming for a whole new audience. ”

The Xbox One is due to be released in Japan on 4 September. 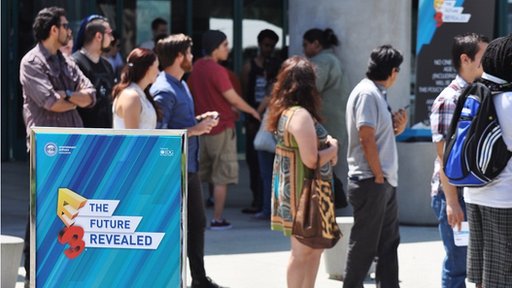 But while I’m feeling more than a little hot under the collar, it’s nothing compared to what the higher powers at Microsoft must be experiencing right now.

The knock-on effect of last year’s E3 cannot be underestimated.

It was Sony’s year. Its press conference announcing the PlayStation 4 drew whoops and cheers, while Microsoft’s Xbox One announcements managed just a patter of awkward applause. As a result, Sony enters this event in a far stronger position.

In some markets, sales of the PS4 have outnumbered the Xbox One by an enormous five consoles to one.

Microsoft will be desperate to stem that flow – another year of being out-muscled could leave it in tricky territory.

Take this comparison: recent major release Watch Dogs sold around 1.9 million copies on PS4, but around 900,000 on Xbox One.

Microsoft – and the solid band of Xbox fans already turning up two full days ahead of E3 opening – will hope for a Rocky-esque comeback over the coming days.

As I had a pre-show nose around the Los Angeles Convention Center, the smattering of loitering games fans were coy about who they were backing. One of them, 22-year-old Louis from, aptly enough, Louisiana, told me he hoped the neck-and-neck console race would make for better games as both companies worked under pressure.

We’ll soon find out. Game on. 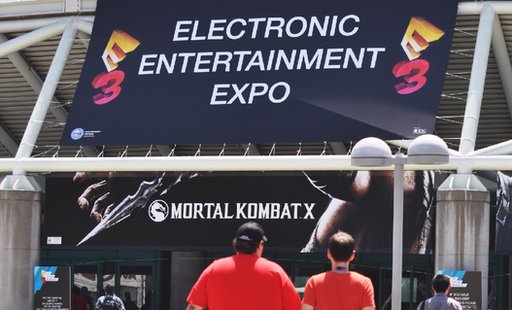 A new title in the gory Mortal Kombat fighting series is one of the games on show
Source: BBC
Tags: Ambrose DeryDr. Akwasi OseiWinneba
Previous Post