Comedian Tracy Morgan is showing signs of improvement, according to his publicist, after being badly injured in a motorway crash on Saturday.

Morgan is in a critical but stable condition after breaking his legs, nose and ribs when a Walmart truck driver crashed into his vehicle.

Also known as Jimmy Mack, a memorial service was held for McNair on Thursday in his hometown of Peekskill, New York.

Morgan, 45, starred alongside Tina Fey and Alec Baldwin in the comedy series 30 Rock and is a former regular on Saturday Night Live.

According to Kay, Morgan’s fiancee Megan Wollover is with him as he recovers from an operation on his leg and is relaying everyone’s good wishes.

“While Tracy remains in critical, but stable, condition, he continues to show signs of improvement,” said Kay.

“His medical team remains optimistic that his recovery is progressing.”

Walmart truck driver Kevin Roper has pleaded not guilty to charges of death by auto and assault by auto charges in court. 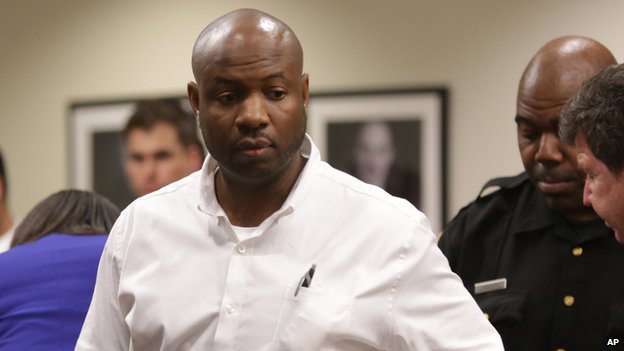 Prosecutors said he had not slept for more than 24 hours before the crash on the New Jersey Turnpike, when he swerved to avoid traffic that had slowed down, ploughing into Morgan’s limo bus.

Walmart has said it believes Roper was in compliance with federal safety regulations but has promised to cooperate with the investigation.

Another two people were seriously injured in the accident after the limo bus flipped over, fellow comedian Ardie Fuqua Jr and Morgan’s assistant, Jeffrey Millea.

Kay told reporters he had been informed by Millea’s wife that her husband had also “shown much improvement over the past few days”.

Gossip website TMZ has so far refused to remove a video featuring footage of the crash site, which shows motorists stopping and pulling a body from the wreckage of Morgan’s limousine, believed to be Fuqua.

Actor and comedian Louis CK pleaded with TMZ on Twitter to “take it down”, asking fans not to watch the video as it featured his friends who were in intensive care.

“All I ask is to be kindly left alone so that my father and everyone else can be left in peace,” she said.