The opposition National Democratic Congress (NDC) Minority has vowed to continue to pile pressure on the governing New Patriotic Party (NPP) over the controversial defence cooperation agreement between Ghana and the US.

“We are wholly committed to holding the feet of the NPP and the Akufo-Addo government to the fire of accountability,” the Minority Spokesperson Alhaji A.B.A Fuseini said.

The Sagnarigu MP, Alhaji A.B.A. Fuseini said the NDC was poised to hold the Akufo-Addo government accountable for their juicy campaign promises that won them power at the 2016 polls. 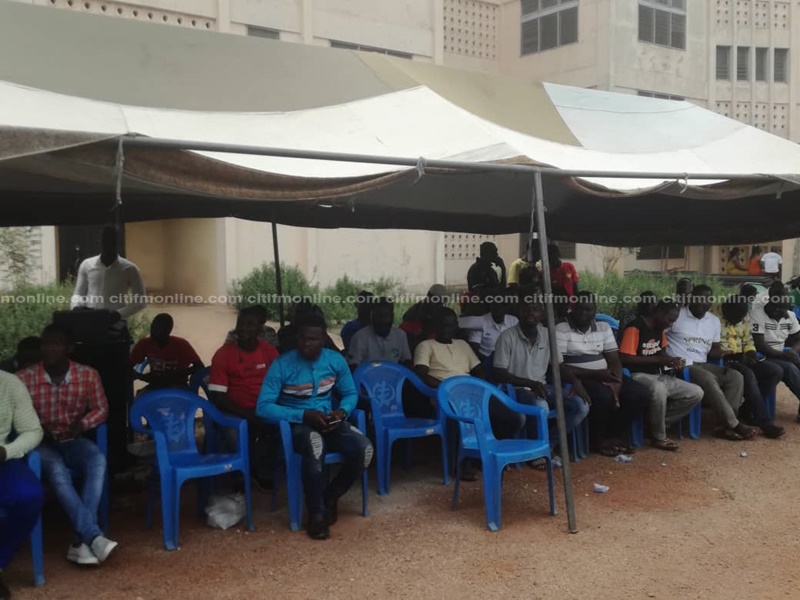 Alhaji Fusseini stressed that, “Government will see real fire and fury from the NDC in and outside of Parliament inasmuch as demonstrations and the Ghana-US Military Agreement are concerned. I am telling you something, we will make it costly for the NPP to carry forward the agreement.”

“The Executive would have executed the agreement before it was brought to Parliament. We brought it to the attention of the Speaker to no avail. So from day one we have been against it. It is an illegality. It is a walking contradiction and an affront to our constitution. They will tell you our NDC MPs approved this at the Committee level. It is blatant falsehood,” he fumed.

According to him, the NDC and their allies will not relax their resistance to the Ghana-US Army deal.

“The Akufo-Addo government is yet to see the very least of resistance against the Ghana-US Military Agreement from the Minority. We are very ready to spit fire over the controversial deal.”

He hinted of a nationwide protest by the Ghana First Patriotic Front and its allies against the deal.

“The Ghana First Patriotic Front demonstration was the first and smallest in a series of demonstrations that will rock this government. The selling of our sovereignty to the US is something we will hold President Akufo-Addo’s legs to the fire of accountability.”

“When ordinary people do not agree to something, no one can force them to it. The first demonstration by Ghana First Patriotic Front is first of many they are yet to see.”

A former MP for the Nanton constituency, Ibrahim Murtala Mohammed challenged the government to account for the GHc 28.6 billion borrowed within one year.

“When the NDC was in government the current government led by President Nana Addo Dankwa Akufo-Addo requested the NDC government to show them (NPP) prove of their borrowing. Now we are also asking them (NPP) to show us their bloated projects for us to see. They borrowed Ghc28.6 billion in one year and there is nothing to show. Nothing to show for it.”

“When prove was shown in roads, hospitals, schools, housing units among others in a “green book they (NPP) then turned around to question the cost by saying the projects costs were bloated. That’s how they are. NPP, you must know them.”

Ibrahim Murtala Mohammed insinuated that it will be politically suicidal to retain the Nana Akufo Addo government in power at the 2020 polls.

Issac Adongo accused government of masterminding the selective collapse of indigenous banks such as the Unibank, Capital Bank and the UT Bank.

“The Bank of Ghana’s selective application of its rules is to favour the parochial interest of Finance Minister Ken Ofori-Atta who is not in favour of some shareholders of adb pledging their shares to uniBank Ghana.”

“Mr. Ofori-Atta and the leadership of the Bank of Ghana are the ones destroying private sector businesses using the advantage of political power to further their financial interest. We will not allow uniBank to be collapsed on the altar of political expediency. I want to encourage those of you here with uniBank accounts to stay put. The bank will bounce back to Duffour and its rightful owners,” Issac Adongo allayed fears.

The Bolgatanga Central MP said Nana Akufo Addo’s government which is clamoring “Ghana beyond Aid” was engaged in reckless borrowing.

“It is only NPP who have borrowed Ghc28.6 billion in one year but remains dry as it is. My worry is that this government is creating rising debt and Ghana is suffering from high rising debt and we are worried this will create problems for this country.”