Following the attack on a Ghanaian fishing vessel, Marine 711, and the subsequent kidnapping of five sailors who were on board the vessel last Monday, the Deputy Minister for Transport, Titus Glover, has charged port officials to tighten security at Ghana’s ports, to avert similar incidents in the future.

Titus Glover, who doubles as the Member of Parliament for the Tema East Constituency was speaking when he visited the Tema Port to meet with management and security officials in charge at the facility.

[contextly_sidebar id=”E52AUpgyLh2rR5SLPLmqNgtT5TEsgxTA”]Mr. Glover said the recent incident came as a surprise to the Ghana Ports and Harbours Authority (GPHA) because “Ghana has been acclaimed as one of the best ports in terms of security at both Tema and Takoradi”

He indicated that as part of measures to halt these attacks, the GPHA will be collaborating with operators at sea to ensure that they abide by safety standards.

“The Ghana Navy needs to be supportive in their patrols. Internally, GPHA security will also be engaging with the operators at sea with the support of Marine Police and the Ghana Navy so that the activities of those who are working outside the port, who go far in the sea to transact business are regularized to conform with the regulations of the country to forestall similar incidents in the future.”

Last Monday, a Ghanaian fishing vessel was reported to have been hijacked by some persons believed to be Nigerian pirates.

The Deputy Director of Environment and Safety Standards at the Ghana Maritime Authority, Captain Inusah Abdul-Nasir, indicated that this occurrence is not new, considering that this year [2018] alone, there had been “some significant number of hijackings in the West African sub-region”

Five persons on board were taken hostage, but the abandoned vessel was rescued by the Ghana Navy. 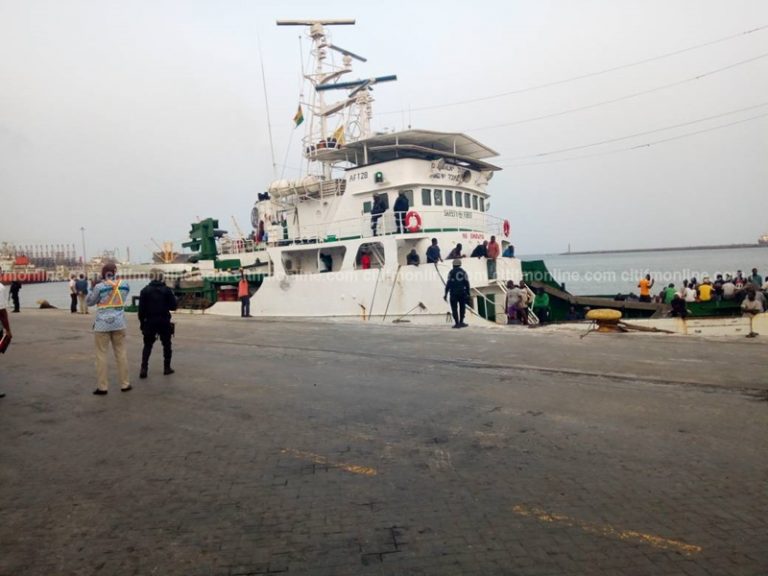 The five, including three Koreans, one Ghanaian and a Greek national, are believed to have been taken hostage by some alleged Nigerian hijackers, who attempted to seize the tuna vessel, Marine 711 on the Keta high seas.