The Minority in Parliament has said there is a direct correlation between the dramatic surge in robberies in some parts of the country and the activities of vigilante groups affiliated to the governing New Patriotic Party (NPP).

Commenting on the recent insecurity, the Minority held that the NPP had lost control of the monster it had created.

Though violent crime has marred 2018 so far, 2017, the NPP’s first year in office was noted for the activities of vigilante groups which terrorized government installations nationwide throughout the year.

The Kumasi-based Delta Force notably stormed a court to free some of its members that were standing trial in a Kumasi circuit court.

Dropping one of his trademark proverbs at a press conference on Friday Morning, the Minority’s Spokesperson, A.B.A. Fusseini, said “if you transform your son into a monster, you will be among the first to be devoured.”

Also at the press conference, the Minority Spokesperson on Defence and Interior, James Agalga, alleged that some members of these vigilante groups received special training at Asutsuare in the Shai Osudoku district.

Aside from this, Mr. Agalga further claimed that the controversial ex-police officers from South Africa, said to have been invited to Ghana in 2016 to train NPP security personnel, were again brought back into the country.

“We have alluded to the fact that some members of the vigilante groups have been trained at Asutsuare. We have the facts. Mercenaries who were brought into this country in the run-up of the 2016 elections came back into this country and took part in the training of some of those elements.”

“We are saying that when you train people in that manner and you don’t engage them actively, what do you expect? There is a correlation and we are not running away from that fact,” Mr. Agalga stated.

The mercenaries Mr. Agalga made reference to are three South African former police officers who sparked controversy in the build-up to the 2016 elections.

They are alleged to have been invited by the NPP to train the security detail of Nana Akufo-Addo and Dr. Mahamudu Bawumia.

They were said to be training 15 men in various security drills, including unarmed combat, weapon handling, VIP protection techniques and rapid response exercises. 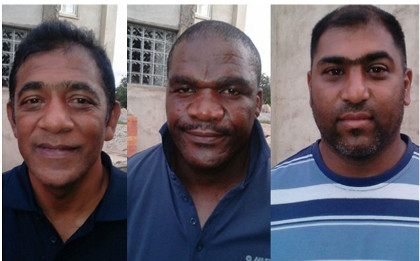 They were arrested on Sunday, March 20, 2016 at a hotel in the Central Region.

They were eventually deported from Ghana on March 29 after their entry visas were revoked by the Ghana Immigration Service (GIS).

Critics suggested that the NPP brought in the South Africans to train persons to cause trouble in the 2016 elections.

But the party rubbished those claims, saying the critics, particularly the NDC, was only seeking to score cheap political points.

The party said the three men were in Ghana not for any acts that can be said to remotely threaten the country’s security.

I hope recent robberies are not politically motivated – Rawlings

In the wake of the increased robberies and the violent crime, Former President Jerry John Rawlings has said that he hopes the heightened insecurity is not politically motivated.

In a statement on social media, he noted some concern that some persons may be orchestrating the upsurge in crime for parochial motives.

“Let us hope the recent robbery and killings is downright plain robbery and not a politically motivated action from within or without, calculated to undermine those in charge of the security machinery in order to pave the way for certain parochial ambitions,” the former President stated.