Land acquisition hustle; a threat to healthcare in Sekondi-Takoradi [Article]

The growth in the population of the Western Region, driven largely by the increased exploitation of its natural resources, requires adequate health institutions and other infrastructure to offer medical services to the ever growing population, and also to create jobs.

To this end, I am going to highlight the frustrations of those managing health systems and other key sectors of the economy in this part of the country in their quest to acquire land in order to fix health and other infrastructural deficits.

Whilst you read down, ask yourself, is it not this same region that complains about not getting their fair share of the national cake despite the resources it produces?

Let me start with the ultra-modern Sekondi District Hospital that never saw the light of day. 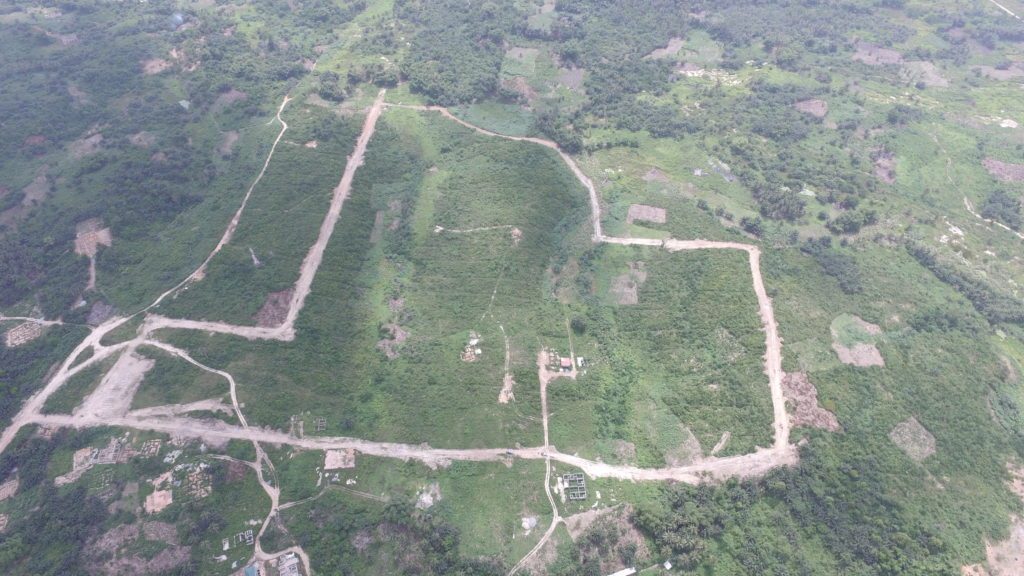 There is this imaginary Sekondi District Hospital that is painfully lost. It was supposed to be a 120-bed capacity hospital “that will have 21st century equipment and facilities”, according to the Ministry of Health. It was supposed to be constructed by Messrs NMS Infrastructure after they had “fought” to assist in securing the $175,000,000 funds from Barclays Plc in London for this important project and six others in 2013.

This hospital was going to have Intensive Care Unit, 2 Operating Theatres, Dental Unit, Medical and surgical wards for both men and women, Accident and Emergency Unit, Maternity, not forgetting the integrated ICT systems and a host of other exciting services. Look, the project was unique by all standards. The greenery scenes, “was aimed at providing a therapeutic environment to aid patient’s recovery”, and more importantly the services which are only available in Accra that were going to be provided right at our doorsteps were relieving enough!

If anyone has seen the Dodowa Hospital, that ultra-modern health facility with the state of the art machinery for quality health delivery, you will understand me better.

The beginning of the end

So it occurred that day, August 29th 2013 that, the then Minister for Health under former President John Mahama, Sherry Aryetey, amidst drumming and dancing under the watch of the one-year Western Regional Minister Ebenezer Teye Addo, including some health directors at the local and national level, went to a piece of land at Kansaworado, a suburb of Sekondi, to cut a sod for the construction of the Sekondi District Hospital.

After this funfair, the over 50 percent projected out-patient increase which was going to put extra pressure on the already distressed health facilities in the year 2015; was going to be contained with this hospital.

The money for the project came, Sherry Aryeetey and all those who were with her at the sod cutting ceremony went away. Engineers of Messrs NMS Infrastructure went to site to begin the project, and then there was a snag.

How we lost it!

Few weeks into some ground works, the over 559,000 people in the Sekondi-Takoradi Metropolis were told a shocking joke that the Atuabo Gas Pipeline, which had been laid beneath the ground years before they chose that piece of land for the project, passes nearby so project cannot go on. It was shocking news!

We were then pampered with vague soothing assurances of securing a new land for the project by the then City mayor Captain Rtd Anthony Cudjoe and others. Whilst they were on this hopeless campaign from one radio station to another, work had commenced on the Dodowa one and others.

The Sekondi project stopped, weeds took over, the marks of the sod cutting faded, Messrs NMS Infrastructure packed its machinery out of site. The promise of a new site at Essippong was as bogus as the first gas pipeline excuse.

Did Pipeline swallow the Hospital?

Considering the information available, the gas pipeline excuse was a nice ploy by the landowners to take back their land for whatever reason best known to them. This is because, that piece of land, according directors of Messrs NMS Infrastructure Limited, had been acquired because “it suits the unique topography and geographical conditions [perfect] for the hospital’s location”. They arrived at this conclusion after “a team of experts from the UK and Ghana” had examined the site.

Question: From the time of conceiving the idea to use that particular land for the project by the “international experts” to the point of cutting the sod and even to the point where some construction works begun, are we saying that no one knew there was a gas pipeline passing through that area? Who said owners of the land were not consulted when the gas pipeline was laid down there, to warrant perhaps a so-called revelation later about the gas pipeline’s presence? In any case, the pipeline has a buffer zone around it so which technical persons said the facility cannot be built after the zone?

Another evidence that shows that the issue wasn’t about the gas pipeline is that, from 2013 that the project was halted, some shadow negotiations appeared to have been ongoing, because the contractor, NMS Infrastructure, went back to the same site sometime in May 2016 to begin works on the same piece of land which was allegedly not suitable. The work was again stopped.  It’s been five years and counting, and the hospital still remains a dream in the minds of the people in the metropolis.

The dilemma of a proposed New Western Regional Hospital

Picture this: A pregnant woman is in labor at the present day Effia Nkwanta Regional Hospital in Sekondi. She cannot deliver naturally and thus requires surgical intervention. Doctors take her to the theater. Whilst operating on her, the ceiling of the theatre room caves in on them. Blood splashes around. 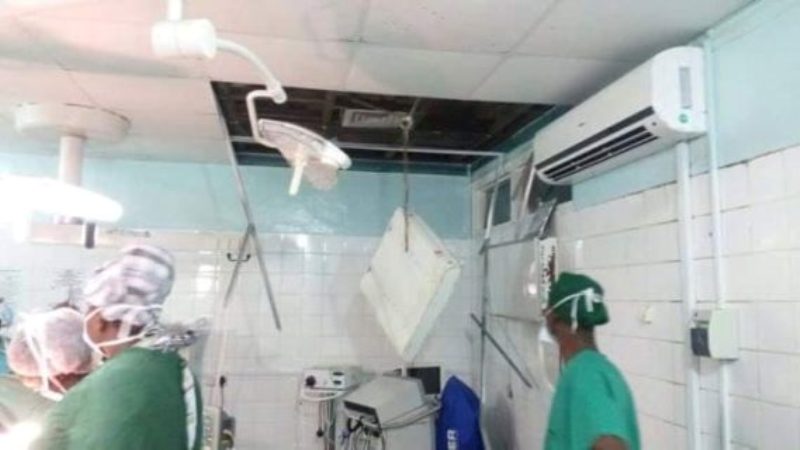 Medical equipment dangles. The situation calls for a transfer of the woman to another theater. Frustrated doctors take pictures of the incident and send them to journalists. Journalists talk about it in the news for less than a week, and then everything goes back to square one!

This is a real story that happened on June 24th, 2016 at the Effia Nkwanta Regional Hospital, the main referral centre for the over 2.34 million people in the region.

Whilst this was happening, a 50-acre land acquired along the Takoradi-Agona Nkwanta road for a proposed new regional hospital had been sold to private investors for cold hard cash.

Effia Nkwanta is old. It was built in the 1930s to offer healthcare services to Sekondi and the then small town Takoradi. The landscape on which the facility was built makes it difficult for expansion works. No “major” renovation works have been done there in view of its status as a regional referral center. I remember how they had to struggle to repair a single elevator at the hospital when it broke down. It became topical in the news for months, if not years before it was fixed. 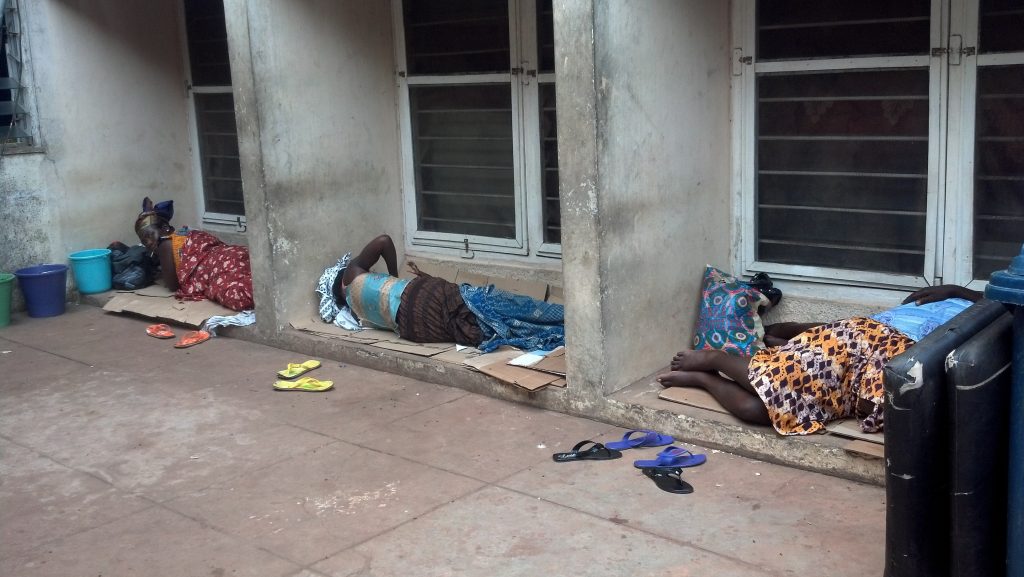 That aside, persons whose relatives go to the labour ward of the hospital have to sleep on the floor in front of the maternity ward entrance. In fact, the labour unit itself cries for serious renovation works. 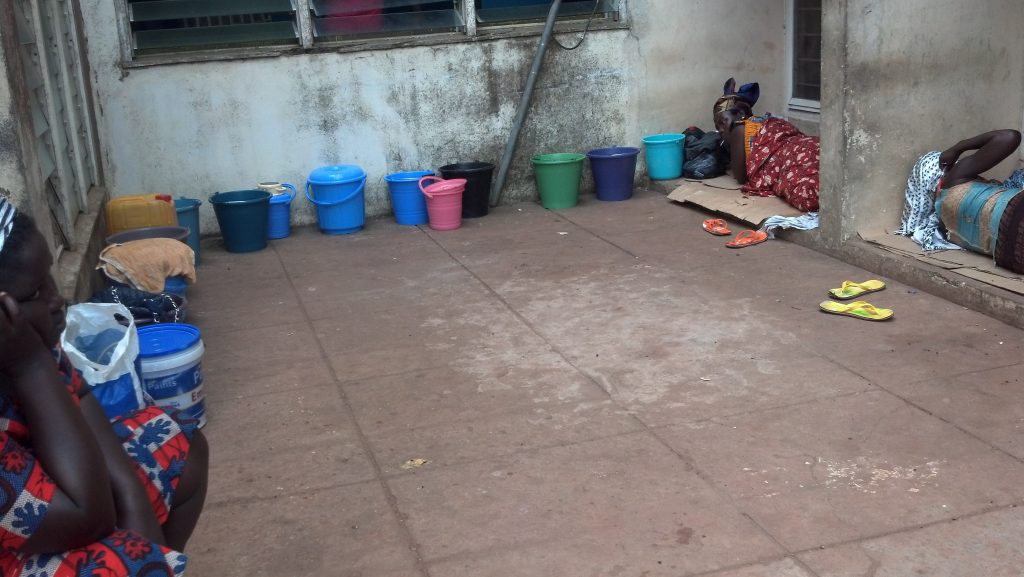 That said, I also know of people who have vowed never to send their relatives to the facility after harrowing experiences and the seeming “holiday” of the facility on weekends.

They sold the regional hospital land to private investors

All these and more were reasons health managers asked for a new regional hospital. As usual, it has to begin with acquiring a land for the proposed new Western Regional Hospital. This is where the region’s notorious attitude comes to play.

50 acres of land were secured for the new regional hospital at Ewusiejoe in the Ahanta West District. The District Chief Executive for Ahanta Westat the time was Joseph Dofoyena. I caught up with him in a telephone conversation.

Me: Hon. What is the present state of that land?

Hon: The family members sold it later to private investors.

Me: Why will they sell it to private investors when it was going to be used for a regional hospital?

Hon: It was purely for money. They said if they give it to the government, they will not get that much compared to what each of the four family members who sold it got.

Me: But were they aware you were going to use that piece of land for a regional hospital?

Hon: That was the reason we secured that piece of land, so they knew what we were going to use the land for, but they simply needed to sell it for money. Nonetheless, we have acquired another one around Apimanim also in the Ahanta West District. Conversation continued..

This reveals the core problem facing some government agencies that need land for the general good of the citizenry.  As we speak, Effia Nkwanta is suffering in many facets, but managers, doctors and nurses of the facility have had to endure it. Even accommodation for resident staff of the hospital is in shambles, requiring a complete renovation. When workers of the facility are frustrated, they tend to vent their spleen on “annoying” patients.

Proposed fertilizer plant and the threat of relocation

The NPP government proposed to build a fertilizer producing factory in the Western Region. This is to add value to the gas produced from the Atuabo Gas Processing Plant in the Ellembelle District.

President Nana Addo in August 2017 reiterated this commitment when he visited the chiefs and people of Jomoro at Half Assini. He said during his tour that “through Ghana Gas and GNPC, a fertilizer plant will be established here in Jomoro. I will ensure that this project is done as soon as possible. If it is done, then I will be fulfilling my campaign promise of One District one Factory”.

Five months after Nana Addo made this statement, the Energy Minister, Boakye Agyarko, in responding to questions from the press at the Flagstaff House in January 2018, expressed his disappointment about how land acquisition is crippling this project.

Similar stories were said of other projects like the affordable housing project. Western Region couldn’t get a land for the people to benefit from those initiatives.

I think Nana Addo should be summoning the President of the Western Region House of Chiefs Ogyeahoho Yaw Gyebi II, and the Regional head of the Lands Commission to explain why they cannot provide land for the project?

How long will the people who cry for their fair share of the national cake be “quenching” the fire that is preparing the cake?