Italians are voting after a divisive campaign dominated by concerns over immigration and the economy.

Correspondents say it is hard to say who will come out on top in an unpredictable contest.

But Mr Berlusconi, 81, cannot himself hold public office until next year due to a tax fraud conviction.

Opinion polls were banned in the last two weeks of the campaign but surveys before that suggested Mr Berlusconi’s alliance was in front but would not win a majority.

Five Star is widely expected by pollsters to emerge as the single biggest party.

What are the key issues?

More than 600,000 migrants have made the treacherous journey from Libya across the Mediterranean to reach Italy since 2013.

The huge number of arrivals has upset many Italians – with politicians, including from the mainstream, toughening their rhetoric as a result. 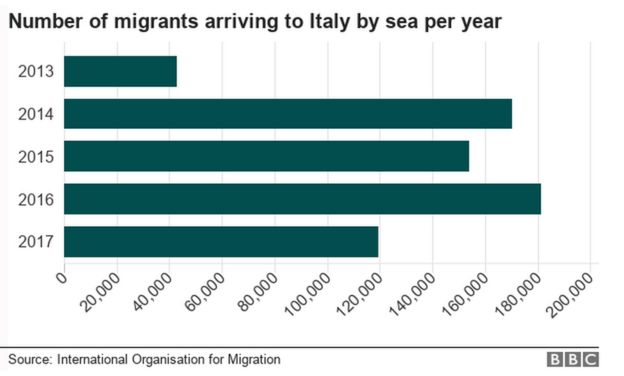 Mr Berlusconi has called the presence of illegal migrants a “social time-bomb” and pledges mass deportations.

Italy’s economy has started to expand once again but nearly 10 years on from the Global Financial Crisis, Italy’s gross domestic product – or total economic output – remains 5.7% lower than pre-crisis levels. 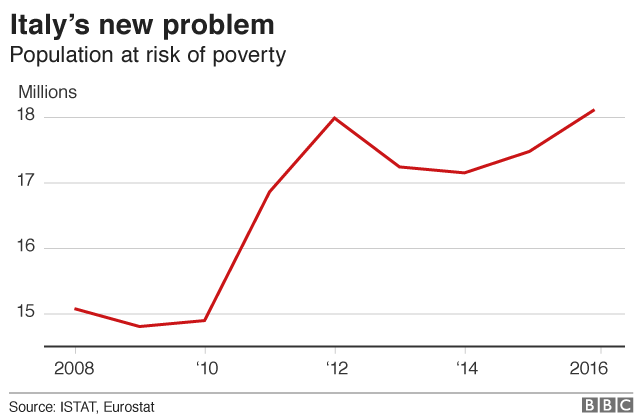 Economic policy has been a key battleground but observers say they have heard more from parties about pensioners than youths, which could be due to young voters’ high vote abstention rates.

Why is this election important?

Italy is the EU’s fourth-largest economy and the potential gains by populist and far-right parties is a major concern in some European capitals and in Brussels.

Contenders have lined up to blame EU budget rules for hampering economic recovery. Five Star and the League had promised to hold a referendum to leave the euro but dropped that rhetoric.

When will we know the result?

Official results are expect in the early hours of Monday.