Members of a group calling itself People of Chiana-Paga in the Kassena-Nankana West District of the Upper East Region, are asking President Akufo-Addo to ensure that, all persons involved in the GYEEDA scandal which led to the conviction and sentencing of Abuga Pele and Philip Assibit are brought to book.

According to the group, the two convicts were used as “scapegoats” while the others, whom they term as “big fishes” walk freely.

Speaking at a press conference in Paga, spokesperson for the group, Donald Tumyeridam, said the President’s fight against corruption will be mere rhetoric without the prosecution of those who authorized the payments.

“We appeal to the President Nana Akufo-Addo to take a real look into the case to help settle the misdemeanor that has characterized this very case. We believe that corruption must be fought but not with innocent people like Abuga Pele while the real culprits walk in freedom,” he said.

Mr. Tumyeridam said they believe that Abuga Pele was innocent because he could not have gone ahead to expend huge sums of monies he’s been accused off without the approval of any higher authority.

“What baffles us is how an amount of GHc4.1 million could be released without recourse to the directives of the minister and procurement procedure as required by law. We believe there is a lacuna and somebody aside Abuga Pele should be giving explanation to this mind boggling issue.” 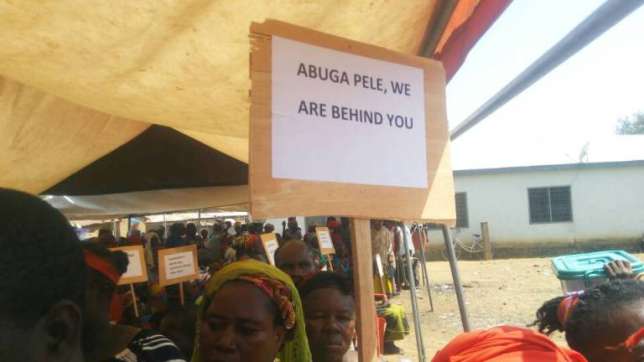 “It was said that there was no contract between Goodwill International and GYEEDA, however we have been told by the GYEEDA office by Adongo Jacob who was a key witness that $5 million was expended on preparatory activities remaining $60 million to be used to implement the programme,” Tumyeridam added.

Members of the group demonstrated in Paga in the Upper East Region on Monday to demand the release of Abuga Pele who was a former Member of Parliament for the area.

Abuga Pele was sentenced alongside the Chief Executive Officer of Goodwill International Group, Philip Assibit, to a combined jail-term of 18 years on various counts, including willfully causing financial loss to the state.

Pele was handed a four and six-year sentence which will run concurrently whilst Assibit got concurrent sentences of 12 and four years on different counts.

The court also ordered the state to recover all assets and money belonging to the state from the convicts.

Philip Assibit has since served notice that he will be appealing his 16-year jail term alongside an application for bail.

Another NDC MP, Mahama Ayariga, put up somewhat a defence for Abuga Pele and Philip Assibit saying they were only victims of agencies that were allowed to operate without any checks.

Responding to their conviction on The Big Issue, Mr. Ayariga said he was not going to abandon his “comrades” just because they had broken the law. 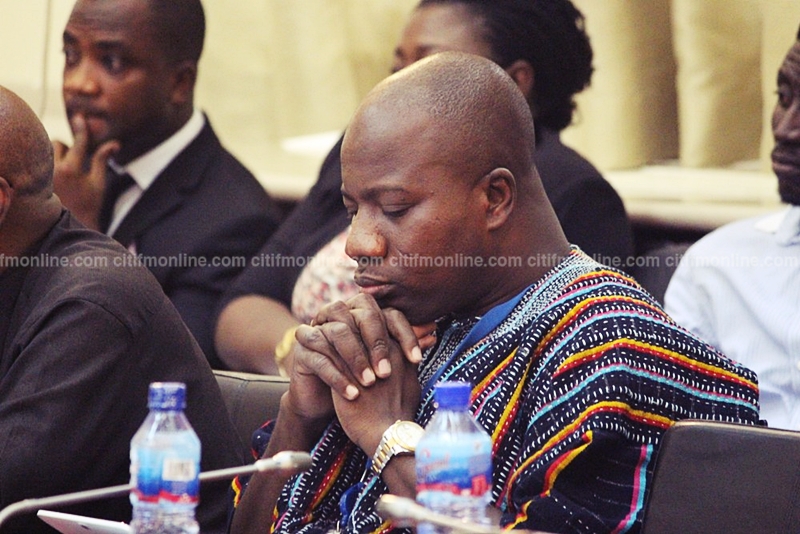 “These comrades fell because we operated a legal regime that left cracks that became the holes that devoured them. The cracks include the tolerance of unfettered discretionary power in the management of our public affairs and the permissiveness of sole sourcing and other negative practices of allowing institutions to exist without an appropriate legal framework,” Mr. Ayariga said.

Mr. Ayariga also said he was going to give some state agencies an ultimatum to present to Parliament, reforms of their regulations or face action at the Supreme Court.

Meanwhile, the NDC Member of Parliament for the Odododiodio Constituency, Nii Lantey Vanderpuije, has said they will release Abuga Pele should the NDC return to office; a comment that was widely condemned by leadership of the party.