An Australian MP has wed his partner, three months after proposing to him in parliament during a debate on legalising same-sex marriage.

Earlier that month, Mr Wilson had become the first MP to make a marriage proposal in the House of Representatives.

Mr Wilson and Mr Bolger, who have been together for more than a decade, were married in Melbourne’s Royal Botanic Gardens. 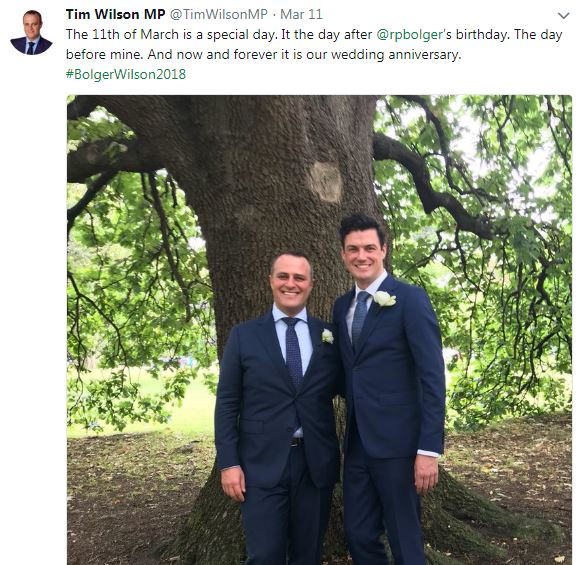 The MP’s tweet attracted messages of congratulations from parliamentarians and others on social media.

In his December speech, Mr Wilson was arguing for same-sex marriage when he turned to address Mr Bolger, who was sitting in the public gallery.

“In my first speech, I defined our bond by the ring that sits on both of our left hands. They [the rings] are the answer to the question we cannot ask,” an emotional Mr Wilson said.

“So there is only one thing left to do. Ryan Patrick Bolger, will you marry me?”