Former President Jerry Rawlings has called for cool heads and the rule of law to prevail in the matter of Koku Anyidoho’s arrest for treason.

Describing the whole saga as a “media-political circus” in a statement on social media, Mr. Rawlings said, said the investigative processes must be adhered to without recourse to emotions.

Following some complaints of police brutality towards the persons who protested the arrest of Mr. Anyidoho, he also advised the police to be more humane and avoid excessive force.

Mr. Anyidoho was picked up at the International Press centre on Tuesday to assist the police with investigations and eventually spent Tuesday night in the custody of the police after being charged with treason.

Police have since been given permission to seize all electronic devices belonging to Mr. Anyidoho by a High Court.

The court gave permission for all electronic gadgets including laptops, iPhone and iPads, believed to store information related to treason in the premises of Mr Koku Anyidoho to be seized to aid the police investigations.

Mr. Anyidoho landed himself in hot waters when in an interview on Accra-based Happy FM, he suggested that President Nana Akufo-Addo will be overthrown because of the ratification of the controversial defence cooperation agreement between Ghana and the US.

He said the overthrow will be in the form of a “civilian coup d’etat”.

The host of the show on which the comments were made, Kwame Affrifa, has also been invited by the police to aid in their investigations.

Another former President, John Mahama, has not shied away from overt support of Mr. Anyidoho. 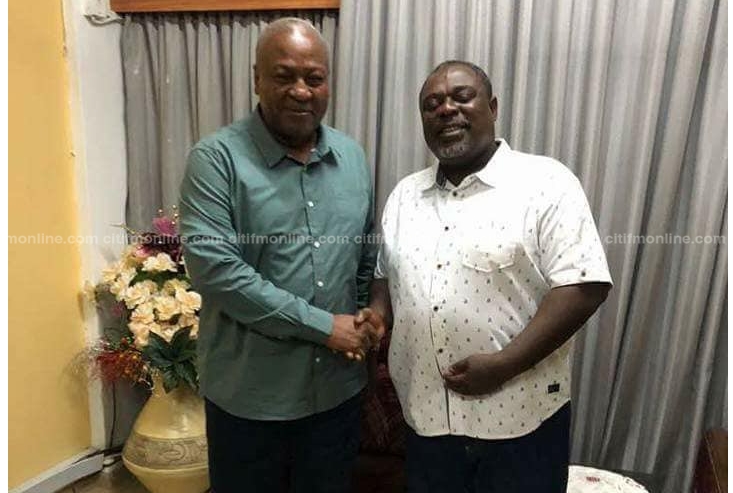 On Wednesday, Mr. Mahama criticised the Police for what he described as their ‘high-handed’ responses to “innocent” Ghanaians who massed up at the Police Headquarters on Tuesday night in solidarity with the arrested NDC national executive.

In a Facebook post, the former President chided Akufo-Addo government for the manner in which Mr. Anyidoho was arrested and later charged with treason.

He, however, did not make mention of the comments made by Mr. Anyidoho which have been widely condemned.

Anyidoho to appear in court today over coup comments