The mangled remains of the Jeep after the crash

Pictures from Dancehall star, Ebony Reigns’ fatal car crash, shows how the jeep she was travelling in was mangled.

The 20-year-old died in the car crash at Mankranso in the Ashanti Region, when she was returning from Sunyani in the Brong Ahafo Region. 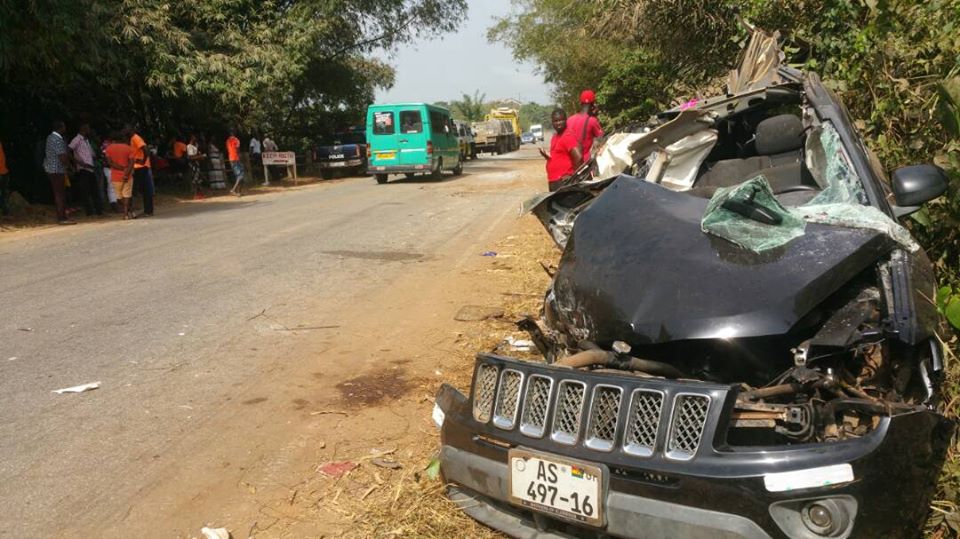 The Jeep crashed into a VIP bus on Thursday evening, according to police.

The police are yet to communicate exactly how the accident occurred. 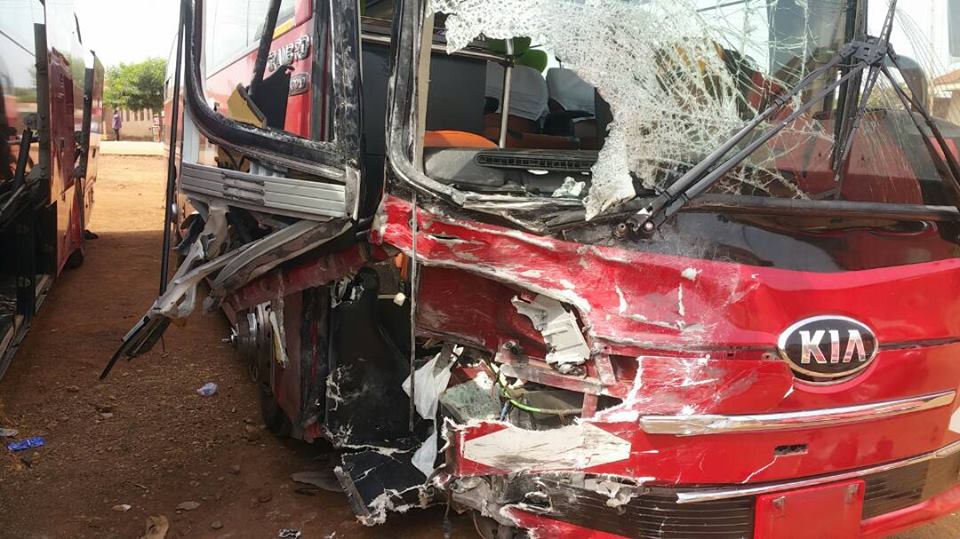 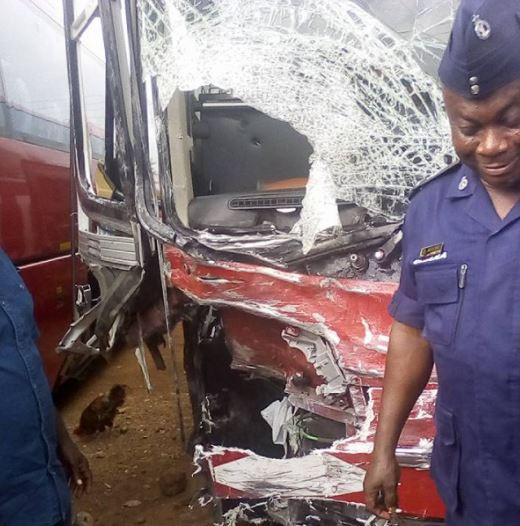 Ebony was travelling with three other people, and two of them have also been confirmed dead.

The two include a young lady, Ebony’s assistant, and a man in military uniform believed to be a soldier.

The driver of the Jeep survived the crash, but is currently unconscious and receiving treatment, according to police. 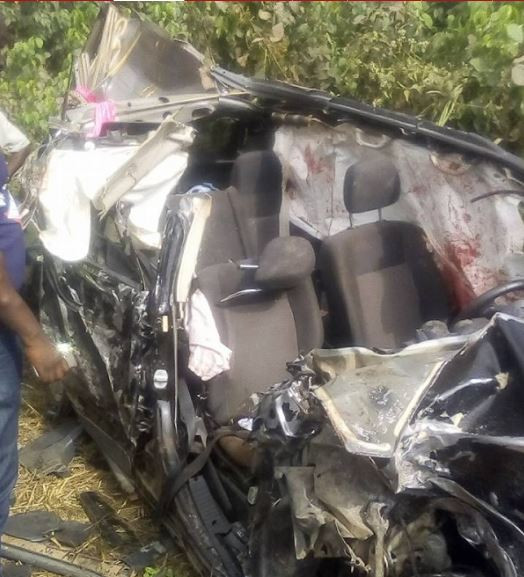 No fatalities have been recorded from the VIP bus, but its conductor sustained some injuries.

The Divisional Commander of Mankranso, DSP John Adusei narrated that Ebony was on her way from Sunyani where, “at the intersection of the road between the Nsuta and Bechem junction, [her car] collided with a VIP bus which was also coming from Kumasi towards the Sunyani direction.”