Chairman of the Subsidiary Legislation Committee of Parliament, Mahama Ayariga

Speaking on Eyewitness News on Thursday, Mahama Ayariga argued that, the Constitution has laid out the procedures for sanctioning a Minister.

[contextly_sidebar id=”iABYBmRf6S0bTjUCNF9OsBf6YvmbgssN”]According to him, the President could have either reshuffled the Minister or dismissed him, while Parliament could also tender a motion for censure against him.

Mahama Ayariga hinted that, he might head to court to ensure that finality is brought to the matter, if the President does not reverse his decision.

“We can raise it on the floor of Parliament and debate it, but that doesn’t also give finality to the matter. It’s the courts that will give finality. The only way to obtain some finality is to go to the courts and test then Constitution in relation to the conduct of the President. Perhaps by [Friday] morning the President would have thought through it, realized he has done the wrong thing and reverse his decision. If he doesn’t then of course, there might be a need to challenge his actions and either myself or somebody else who has the space may decide to do that.”

The Minister was suspended after he was reported to have protected a group of angry youth believed to be members of the New Patriotic Party (NPP), who besieged the Upper West Regional office of the National Disaster Management Organization (NADMO) on Wednesday evening.

The statement announcing his suspension noted that, his deputy will act, pending the conclusion of an investigation into the incident.

The leader of the Minority in Parliament, Haruna Iddrisu, appeared to disagree with this school of thought from his colleague, stating that the President deserved to be commended for taking the decision and allowing the Regional Minister to be heard before making a final decision.

He added that, it was necessary for the processes initiated by the President to be allowed to proceed.

“You have to look at it within the larger context of the public service and I welcome the swiftness of the President’s action. He wants to deal with the crippling lawlessness in the country led by NPP youth and we should commend him for that. The President is allowing the Minister to be heard on the merits of the issue and is allowing, in the meantime, an investigation in the action. Probably that is why he chose the word suspension. The President can exercise the power of revocation, but has asked for an investigation into the matter, let’s allow the process to roll out,” he noted.

Mr. Iddrisu, however, described the directive by President Akufo-Addo for the Deputy Upper West Regional Minister, Amidu Ishaq to act in the stead of the suspended Regional Minister as unconstitutional.

He stated that, it was imperative that the President does not breach the Constitution in his effort to address the matter.

According to him, the constitution does not allow for a Deputy Regional Minister to act in the absence of a substantive Minister.

“We welcome the swiftness of the President’s action against the Regional Minister for attempting to [frustrate efforts] at getting an end to the lawlessness in the country by the masquerading NPP youth in that region and other parts of the country. But the President himself is a respected legal practitioner and must do what is appropriate legally and constitutionally within the meaning of the Supreme Court ruling on the status of deputy Ministers. It is wrong in law and constitutionally for the deputy Minister to be asked to acting in the absence of the regional Minister,” Haruna Iddrisu said on Eyewitness News.

“What the President should be doing is to get any other Regional Minister to step in while the investigation continues until he decides whether he is revoking the suspension or enhancing it with a revocation of his appointment. There is a Supreme Court judgement on the status of deputy Ministers and they cannot act in the absence of Ministers. The President must get a Minister, probably a Regional Minister within the decentralization regime to act in that role. I expect the President to act within the law and within the Constitution and within the ruling of the Supreme Court. What he has done is legally untenable and inappropriate.”

At about 5:00 pm on Wednesday, the youth from the Wa East district, numbering about 30, arrived in two pickups and a minibus, and stormed the NADMO offices at the Upper West Regional Coordinating Council.

After the police got to the scene of the disturbances and effected the arrest of three persons, Alhassan Suleiman ordered the release of the suspects.

He reportedly told the Police that “This is a party matter, I will have a meeting with them and get back to you”.  After that, the attackers walked home freely.

Following the incident, workers of NADMO declared a strike today [Thursday], and demanded that until the suspects are arrested, they will not return to work.

They  slammed the Regional Minister, whose duty is to protect citizens as the Regional Chairman of the Security Council, for choosing to shield the attackers. 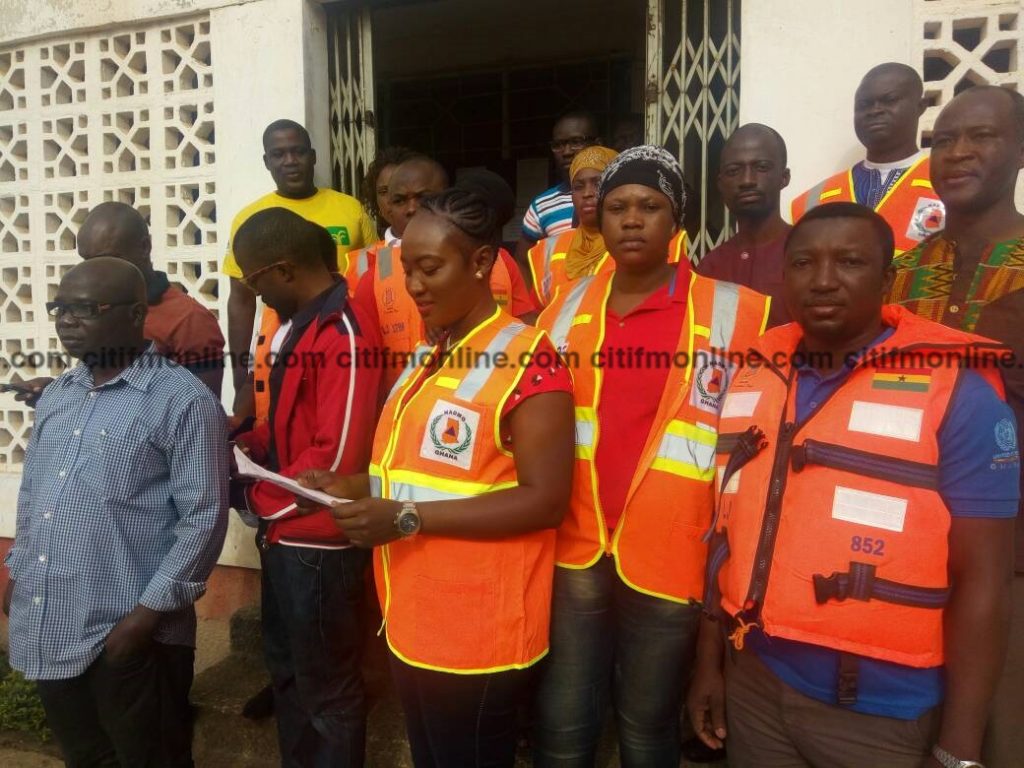 They said the Minister demonstrated no value of their lives, as the attack on the offices of NADMO led to an aide to the NADMO Regional Director being beaten to pulp.

The Regional NADMO Director, Isaac Seidu, who appeared to be the main target of the attack, however escaped unhurt.

Isaac Seidu told Citi News that “the police came and met the boys around my office but when they wanted to make the arrest, the Minister [Sulemana Alhassan] came down and prevented them.”

The angry NADMO staff have welcomed the Minister’s suspension, and have called off their strike accordingly.

Land earmarked for construction of 3 factories at Savelugu