Steve Polack has been fired by Asante Kotoko

Asante Kotoko have dismissed head coach Steve Polack following the club’s exit from the CAF Confederations Cup at the hands of CARA Club of Congo Brazzaville on Wednesday.

Kotoko appointed Polack in May 2017 and he led them to win the 2017 MTN FA Cup after they beat Hearts of Oak 3-1 in Tamale. The feat qualified them to the CAF Confederation Cup.

The club made the announcement on Friday in a statement signed by its communications director, Obed Acheampong. 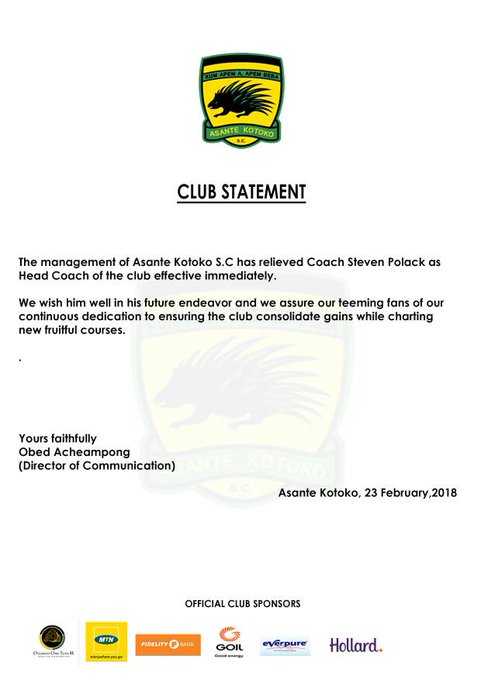 It appears the club’s exit from the Confederation Cup sealed Polack’s fate. In the first leg 1-0 victory, Kotoko missed three penalties and missed another three in the penalty shootout in the second leg leading to the loss and exit.

Kotoko will face WAFA in the opening week of the 2018 Ghana Premier League season on March 4.

Nana Addo leaves for Togo; US, Germany trips to follow