More than 100,000 Critically Endangered orangutans have been killed in Borneo since 1999, research has revealed.

Scientists who carried out a 16-year survey on the island described the figure as “mind-boggling”.

Deforestation, driven by logging, oil palm, mining and paper mills, continues to be the main culprit.

But the research, published in the journal Current Biology, also revealed that animals were “disappearing” from areas that remained forested.

This implied large numbers of orangutans were simply being slaughtered, said lead researcher Maria Voigt of the Max Planck Institute for Evolutionary Anthropology in Germany. 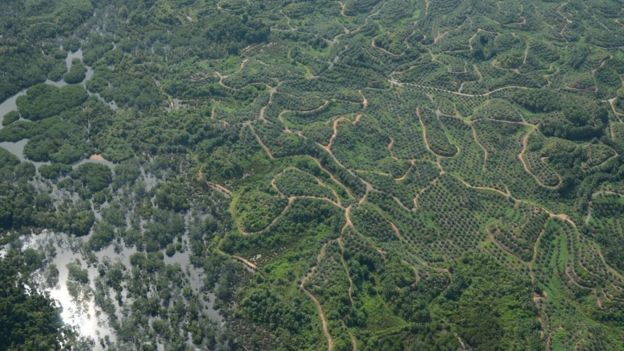 Dr Voigt and her colleagues say the animals are being targeted by hunters and are being killed in retaliation for crop-raiding – a threat that has been previously underestimated.

Prof Serge Wich from Liverpool John Moores University, UK, also part of the team, told BBC News: “We didn’t expect the losses to be so large in standing forest, so these [studies] confirm that hunting is a major issue.”

“When these animals come into conflict with people on the edge of a plantation, they are always on the losing end. People will kill them.

“Just last week, we had a report of an orangutan that had 130 pellets in its body, after being shot at in Borneo.

“It’s shocking and it’s unnecessary. Orangutans might eat farmers’ fruit, but they are not dangerous.”

Prof Wich called for leaders in Malaysia and Indonesia to speak out against this deliberate targeting of the apes. But the research also showed that natural resources were still being exploited in Borneo “at an unsustainable rate”.

Deforestation alone, the researchers predict, could wipe out a further 45,000 orangutans over the next 35 years.

The cultivation of oil palm, found in a wide variety of food products, is a well-known cause of that habitat loss.

Dr Emma Keller from the conservation charity WWF told BBC News but that consumers should “put pressure” on companies to commit to a sustainable supply for this almost ubiquitous food product.

Referring to the certification system known as the Round Table on Sustainable Palm Oil (RSPO), Dr Keller said that the standards for what constitutes sustainable were “constantly being updated”.

“The big objectives now are to have a complete ban on deforestation and no planting on peat soils,” she said.

And while an independent assessment of the scheme, published in 2017, found that it “significantly reduced deforestation”, it also concluded that participating plantations needed monitoring if it was to have a significant impact on fires and peatland clearance. 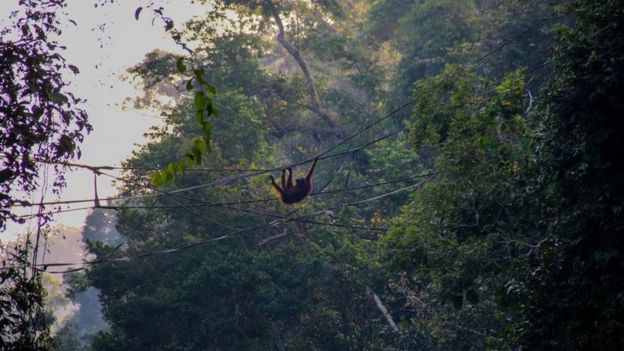 As the stark new figures on orangutan declines were published, conservationists also highlighted a glimmer of hope for patches of their habitat.

A team from Chester Zoo in the UK released the first pictures of the animals using man-made “forest canopy bridges”, constructed from tough cargo-strapping that the zoo uses to make swings and bridges in orangutan enclosures.

Catherine Barton, the zoo’s field conservation manager explained that – working with the charity Hutan in Malaysia – the zoo had set out to reconnect habitats fragmented by oil palm plantations, roads and drainage channels.

“To see the animals start to use these bridges and to reconnect across this fragmented habitat is a really positive sign,” said Ms Barton. “But it’s a short-term solution.”

In the long-term, she added, the aim was to replant forests and make space for the great apes.

From the bush to the court: How Dzodze antelope met its untimely death

Dogboe, Magdaleno in social media war ahead of April 28 clash