Hundreds of people within the Eastern Corridor enclave of the Northern Region today (Monday) kick-started the New Year with a massive peaceful demonstration in support of plans to create a new region from the territory.

The demonstration formed part of a series of activities lined up by a group calling itself the Coalition of Eastern Corridor Youth to push the government to carve the Eastern Corridor out of the Northern Region. 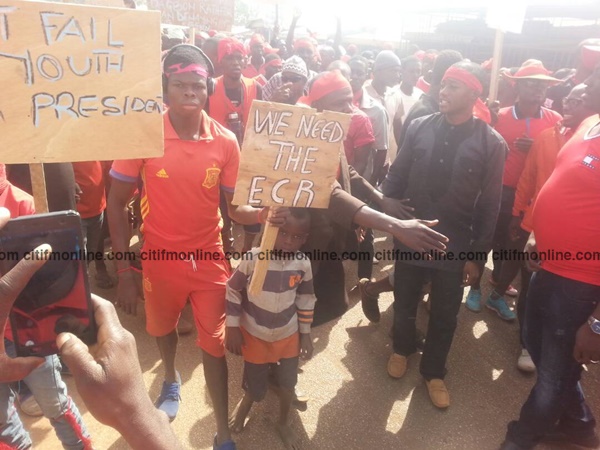 The participants, clad in red and black T-shirts and armbands, came from all corners of the Eastern Corridor enclave.

They held placards with inscriptions such as, “We need the Eastern Corridor Region,” “Creation of new region cannot withdraw the powers of Yaa-Naa,” “Dagbon lands are safe: with eastern corridor region fear not,” “Government you can’t fail the youth,” and “Let the youth decide on their future.” 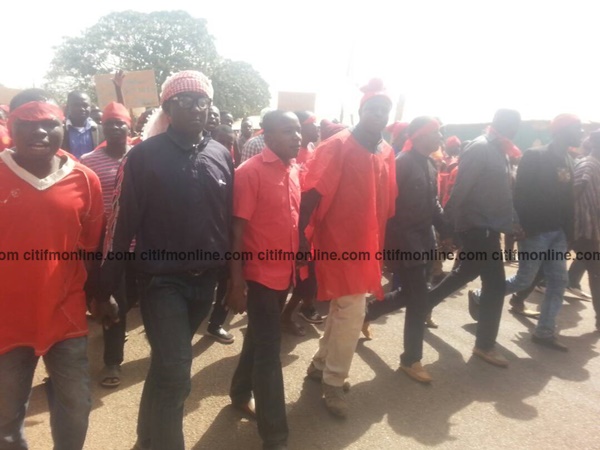 The Coalition’s leadership has vowed not to kowtow to pressure from any external forces to back down their request. 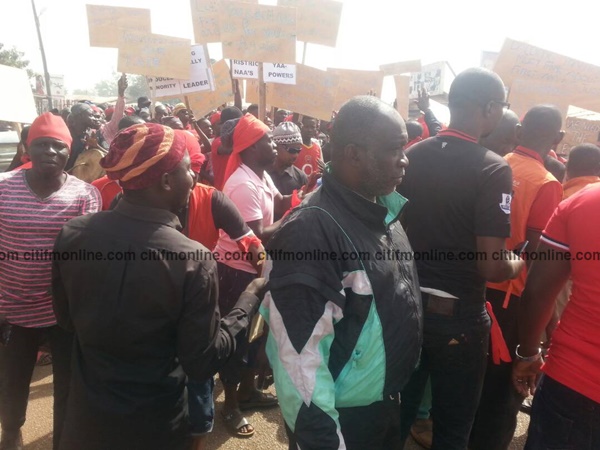 He commended the organizers for their utmost compliance with the police directives. 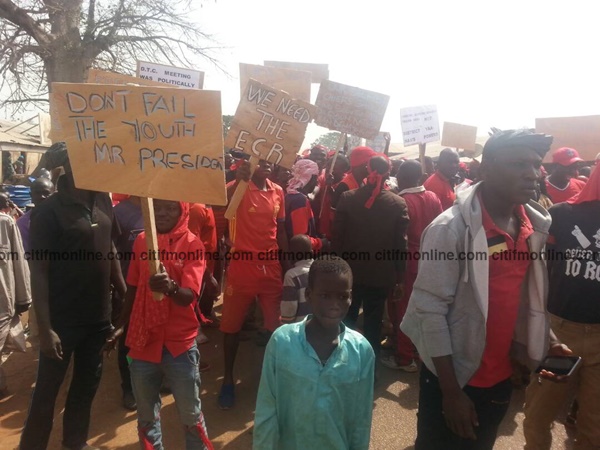 Since government declared its intention to create additional regions, some chiefs and the youth of the Eastern Corridor enclave have consistently reminded government of the need to prioritise the creation of the new region in the area.

It would be recalled that the chiefs and people of the Eastern Corridor enclave on November 23, 2017, raised alarm over the area’s exclusion from the sittings of the Commission of inquiry on the creation of new regions.

At a Durbar in Yendi, they decried the area’s exclusion from the list of regions under consideration.

The Convener of the durbar, Peter Amana, earlier in a Citi News interview, said they had made multiple requests for a new region ahead of the 2016 polls.

He emphasized that some of the chiefs in their speeches, had reminded President Nana Addo Dankwa Akufo Addo during his two “Thank you” tours of the region.

Peter Amana insisted that their proposal had no tribal or political undertones.

The Dagbon Traditional Council on December 24, 2017,  unanimously kicked against any attempt to include any part of the area in the creation of the proposed Eastern Corridor region.

They arrived at a consensus on the matter at a meeting in Yendi chaired by the Regent of Dagbon, Kampakuya Naa Abdulai Yakubu Andani.

He told Citi News that the creation of the Eastern Corridor region was long overdue considering the vast nature of the Northern Region in terms of its land mass.