Sam George locks up NDC executives in his home

The locked up party executives in Sam George's home.

Greater Accra Regional Secretary of the opposition National Democratic Congress [NDC], together with some branch executives of the party in the Ningo Prampram Constituency and a Citi FM Journalist, were on Wednesday afternoon locked up in the residence of the Ningo Prampram MP, Sam George for nearly an hour.

According to Citi News’ Tema Correspondent, Elvis Washington, he was locked up together with all the party executives on the instructions of Mr. Sam George as some heavily built men believed to be land guards threatened to beat them up.

Elvis Washington said the party officials and branch executives were in the house of the MP because some re-registration booklets that were to be handed over to the constituency executives from the national headquarters, had been allegedly diverted to the MP’s house, a situation that did not go down well with the branch executives who stormed the house to demand explanations.

According to Washington, he together with the branch executives were initially prevented from entering the premises, just when Madam Sherry Ayittey arrived with a team to deliver the booklets.

However, the delivery was halted after the branch executives protested against it. 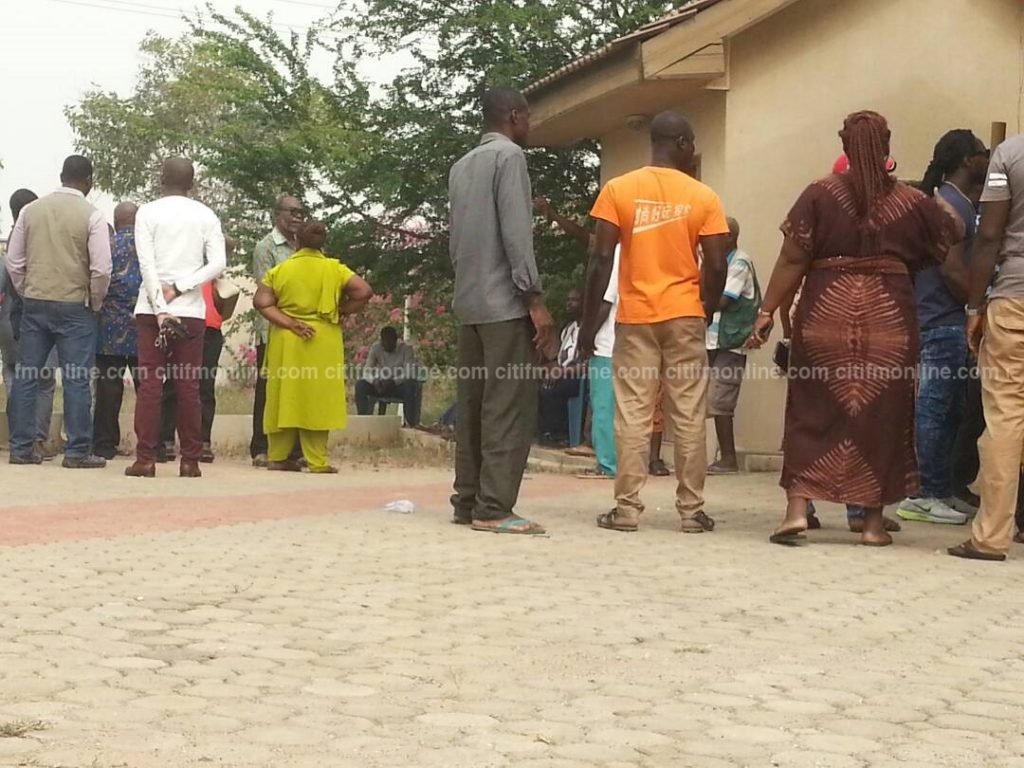 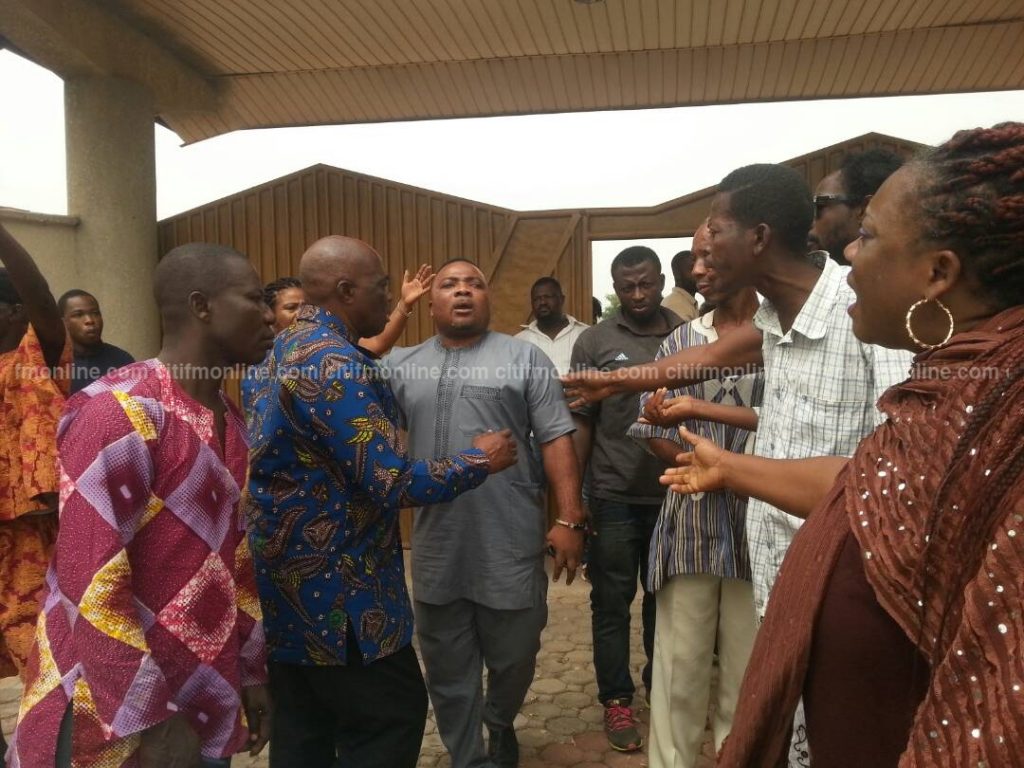 At this point, the former Minister categorically stated that she was unable to deliver the books due to the confusion, and would thus take them back to the national headquarters.

Washington said the Member of Parliament then called the former Minister and other party executives into a meeting for about an hour in his house.

He said after the meeting, the branch executives were called into the house, where he also joined.

“As soon as we entered, there were these land guards who locked up the gate behind us. Honourable Sam George was having issues with the Greater Accra Regional Secretary, Victor Quarshie, and they were arguing seriously and the man was raising his voice saying that Sam George had attacked his personality, suggesting that he was nobody but for politics they are colleagues. And information I picked from the ground was that, Mr. Sam George asked Mr. Quarshie to come and address the people, insisting that the branch executives were not invited to that meeting.”

This back and forth over whether or not the branch executives should be part of the meeting, escalated the confusion between the two men, and Mr. Quarshie opted to leave the house.

“So Mr. Quarshie said he was not going to tell the people any lies but the truth. So Mr. Quarshie opted to leave the house and we all decided to follow him because we sensed danger. When he got to the gate, upon the instructions of Mr. Sam George, they [Land guards] said they will not allow us to leave. So we were all in there begging and there are sound bites I have to that effect. We pleaded with the land guards but they said they will not allow us unless Sam George instructs them to do so” Elvis narrated.

At this point however, the former Minister Sherry Ayitey, was outside the house. 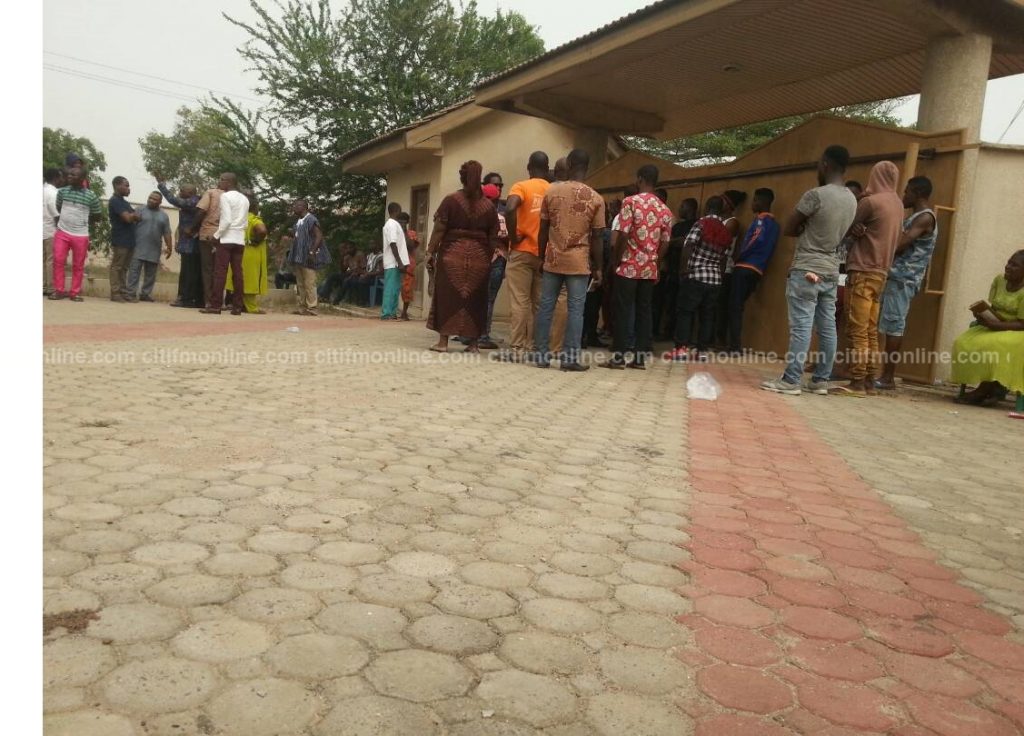 Sam George even ignored the police

Elvis Washington added that, when the police was called into to calm the situation and rescue them from the house, they were eventually disregarded by the MP.

“The police then came in and spoke to the MP. But according to the police, Mr. Sam George damned them. In one of the sound clips, I was even begging the police to help us out of the house but they didn’t. The Land guards only allowed the police to leave and locked us again, and then we begged repeatedly before the MP finally allowed us to leave the premises” Washington added.

When the MP, Sam George was called on Eyewitness News, he blatantly denied any such incident saying he was not available in the house and could not confirm such an incident.

When he was reminded that Citi News’ Correspondent had evidence of his presence in the house, Mr. Sam George said he was unaware, and that the journalist would have been trespassing if indeed he was in his house.

In what appears to be a clear contradiction, Sam George later said he only had a meeting with some party executives on internal party matters that he could not divulge.

When the party’s Greater Accra Regional Secretary, Victor Quarshie, who he had the altercation with at his residence was called on Eyewitness News, he confirmed Elvis Washington’s narration of events, saying the MP was not being truthful.

Mr. Quarshie said he was only forced to speak to the issue due to the MP’s blatant denial. He also said the incident was embarrassing, as he criticized Mr. Sam George’s arrogant posture towards party executives in times past.

It will be recalled that, Mr. Sam George’s election at the NDC’s primaries that saw him defeat long-serving MP E.T. Mensah prior to the 2016 election, was an acrimonious process that ended in fisticuffs among their followers.

He has often been accused by his political opponents of being arrogant and violent, but he has often denied these tags.

‘Archaic’ TV license law can be repealed if necessary – Lawyer