Citi News has sighted a letter from the Manya Krobo Senior High School in the Eastern Region which indicates that students are being charged an amount of GH¢75 each for the purchase of gloves and nose masks.

The newsletter, which was signed by the headmaster of the school, D. Tetteh Kwao, said the move was aimed at preventing meningitis and other public health-related diseases.

Although government is strictly against the payment of extra fees by students particularly due to the implementation of the Free SHS programme, the headmaster noted that the decision had been approved by the Ghana Education Service.

The letter, dated December 20, 2017, said, “the approval has been given by Ghana Education Service for the students to make payment in respect of meningitis and public health-related disease prevention as discussed at our PTA meetings in the second term of the year.” 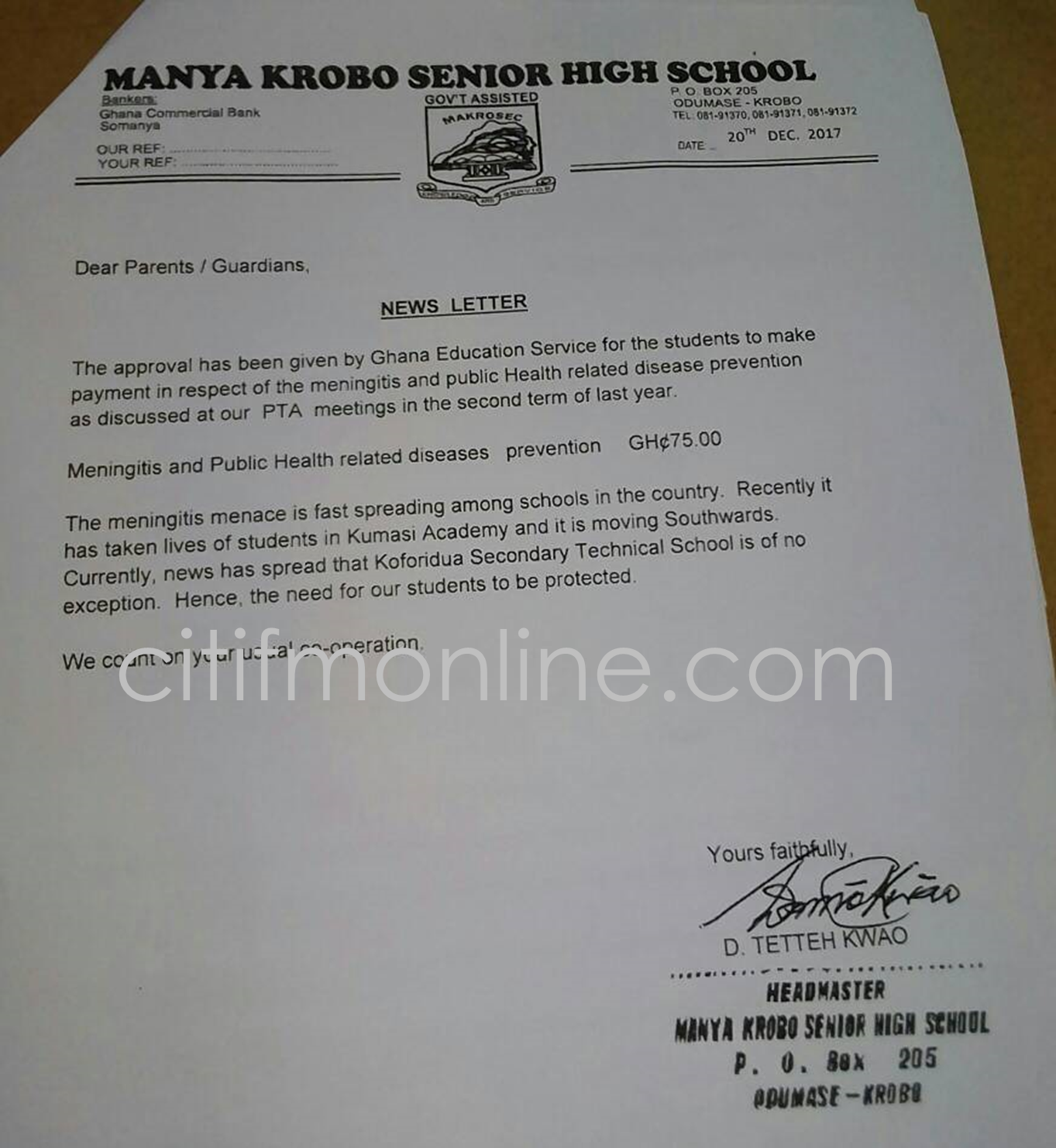 “Meningitis and Public Health related disease prevention GH¢75.00….The meningitis menace is fast spreading among schools in the country. Recently, it has taken lives of students in Kumasi Academy and it is moving Southwards,” it said.

Most Senior High Schools in the country have been on high alert following the deaths of students in various schools across the country from meningitis.

Although the Ghana Health Service has said that the deaths cannot be described as an outbreak but isolated cases, the death toll is 6, leaving some parents in fear.

A student of Damongo Senior High School in the West Gonja District of the Northern Region, three weeks ago died of non-communicable meningitis. Another student from Koforidua Technical School, also died from the disease.

Three deaths were recorded in three Senior High Schools in the Upper East Region, and another at Asamankese SHS in the Eastern Region.

It must be noted that no meningitis-related death has occured at Kumasi Academy as stated by authorities at Manya Krobo SHS. In the case of Kumasi Academy, the four deaths have been linked to the H1N1 Influenza.

Not even Nana Addo can control Special Prosecutor – Freddie Blay