I had no hand in ‘cash-for-seats’ dealings – Controller

The Controller and Accountant General, Eugene Ofosuhene, has told the Committee investigating the alleged collection of monies from expatriates to enable them sit close to the President during the 2017 Ghana Expatriates Business Awards ceremony that, his department was totally oblivious of any dealings associated with the event.

Taking his turn before the Committee probing the alleged scandal, Mr. Ofosuhene indicated that, accountants from his department stationed at the Trade Ministry dealt with the process without his initial knowledge.

He further advised that a totally new and separate account should have been set up for the collection of funds from the expatriates, instead of the Trade’s Ministry’s account that was used, which made the funds realized from the event appear as if it was public funds.

The Ministry of Trade, which partnered the event organizers, Millennium Excellence Foundation, is alleged to have charged between $25,000 and $100,000, to enable expatriates to sit close to the President at the awards ceremony.

The allegation was first made by the Minority Chief Whip, Muntaka Mubarak in Parliament in December 2017.

Mr. Mubarak said the fees charged at the Ghana Expatriate Business Awards were not approved by Parliament, adding that the monies were also not accounted for in the Internally Generated Funds [IGF] of the Ministry’s accounts.

The allegation was further reinforced by Mr. Ablakwa, who suffered verbal assaults from Deputy Minister for Trade and Industry, Carlos Ahenkorah over the matter.

The Ministry of Trade said it played no role in determining prices for seats at the event, and clarified that it only facilitated the implementation of a new initiative by the Millennium Excellence Foundation.

But the Ministry after an order from the President to probe the matter clarified that an amount of GHc2, 667,215 was realized from the event. This was made known only after the President, Nana Addo Dankwa Akufo-Addo, had asked the Trade Minister Alan Kyerematen, to investigate the matter and report to him.

The organizers of the Awards had also explained that no one paid to sit close to the President, and that the amount was raised from sponsorship through a fundraising at the event. 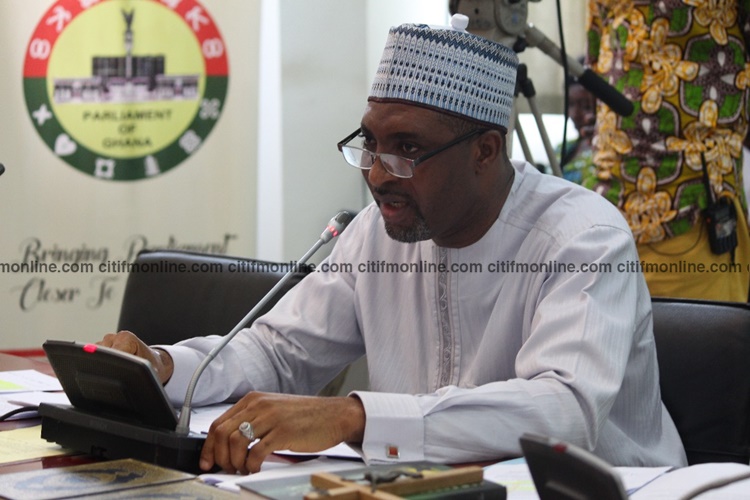 Muntaka at the Committee.

So far, the Minority Chief Whip, Mohammed Mubarak-Muntaka, North Tongu MP, Samuel Okudzeto Ablakwa, Minister of Trade and Industry, Alan Kyeremateng as well as officials from the Millennium Excellence Foundation, organizers of the Ghana Expatriates Business Awards, have all appeared before the committee.

Meanwhile, the Committee has been given a one-week extension after they requested for additional time. They are now to present their report on January 31, 2018, instead of the original date of January 24.

This was confirmed to Citi News by the Majority Leader, Osei Kyei Mensah-Bonsu.

The committee reportedly secretly grilled some members of the expatriate community in-camera by the 5 member ad-hoc bi-partisan committee probing the ‘Cash-For-Seat’ allegations.

According to Citi News’ Parliamentary Correspondent, Duke Mensah Opoku, the expatriates appeared before the Committee on Tuesday, and were grilled for close to three hours.

Duke stated that the content of the interrogation was unknown, and may only be available when the Committee finally presents its report.