Headphones made from recycled firearms

Sweden’s Yevo Labs has unveiled a set of wireless headphones that incorporate metal made from seized illegal guns.

The charging case and a band on the headphones themselves are made of a material branded Humanium.

It is created by the Humanium Metal Initiative, also based in Sweden, and used by a number of Scandinavian manufacturers.

One analyst said the idea should help the headphones stand out in a crowded market. 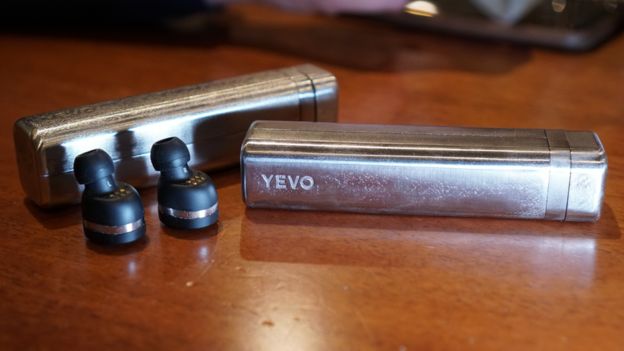 Yevo’s chief executive Andreas Vural acknowledged the $499 (£370) US price tag was “steep” but said 50% would be returned to the organisation that creates and distributes the metal.

“It’s the most valuable material in the world because you can’t set a price on a human life,” he said.

It took two years to figure out how to work the metal into the product, Mr Vural added. The first batch was made from Humanium created out of guns taken by the authorities in Latin America.

The headphones function by using NFMI (near-field magnetic induction) technology rather than wires – in addition to Bluetooth. 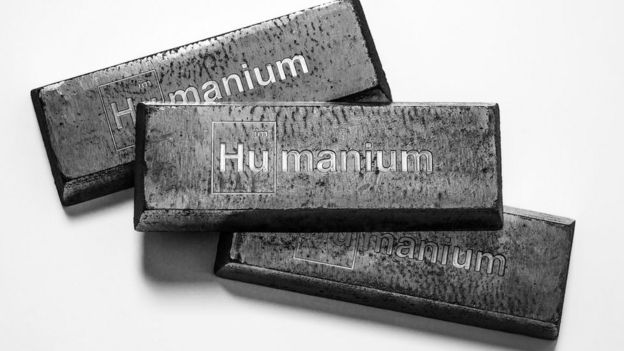 NFMI has long been used in pacemakers and hearing aids, as its low frequency magnetic field conducts through liquid – even inside the body.

“Obviously you want the headphones to be good – there is an element that you’re paying for the brand,” said Stuart Miles, founder of gadget review site Pocket-lint.

“What you find is there are so many headphone manufacturers out there, to stand out from the crowd you will see more and more trying to do different things.

“In the same way as Apple does with its Red products [money from sales goes to support people living with HIV around the world] – Yevo is trying to showcase that they believe in a cause.”

Other audio-related products on show at the CES tech expo also boast of using recycled materials.

They include the UK’s House of Marley, which uses a fabric made from recycled materials for its headphones, and Armor 3D, which is showing off a Bluetooth speaker whose case is made out of reclaimed plastic.