President Akufo-Addo has stated that his government has saved some Ghc5.7 billion from road contracts that were awarded under the John Mahama administration.

The President said this confirms their long held assertion that the Mahama administration inflated contracts and allowed corruption to thrive.

Speaking at a Media Encounter on Wednesday as part of his one-year stay in office at the Flagstaff House, the President said his government is working tirelessly to protect the public purse as he promised prior to election 2016.

“I am being urged to pay contractors and I am paying them. In 2017, nearly Ghc1billion of which the government of Ghana provided Ghc300million and the Road Fund provided some Ghc660 million was paid. In January this year, we have disbursed Ghc125million, out of the remainder of Ghc600million to the contractors. Additionally; we have paid Ghc826million of our Ghc1.2billion loan contracted by the previous administration, which the Road Fund was used as collateral. It’s important to know that all these debts were accrued under the previous administration. I will also point out that much of the statutory arrears that we met have been cleared. That is debts to the NHIS, the District Assemblies Common Fund and the GetFund. We must also point out that the salary arrears paid to our teachers last week, were accrued from 2013 to 2016.”

As part of the prudent financial management, the President noted that, going forward, government will pay public sector bills as they come to avoid accruing arrears.

“We are resisting the temptation to award contracts when funds are not available to pay for the certificates as they come up. Those who conduct business with government will find that things are being done differently. We’ve had to subject Ghc8billion cedis of arrears bequeathed to us at the beginning of 2017, to a process of audit review and validation. The Audit Service has certified payments of Ghc5.5billion, and rejected about Ghc5.7billion, representing a potential savings of 51% on these outstanding commitments.”

“This shows the validity of our criticism, that so much of contracts awarded in the Mahama era were inflated and apparently in some cases non-existent. I have promised to protect the public purse and I am doing just that. Those who have done honest work and have honest rates for the government will get paid and paid on time, so their profits do not get swallowed up in bank interest and thereby threatening the collapse of their businesses” the President stated. 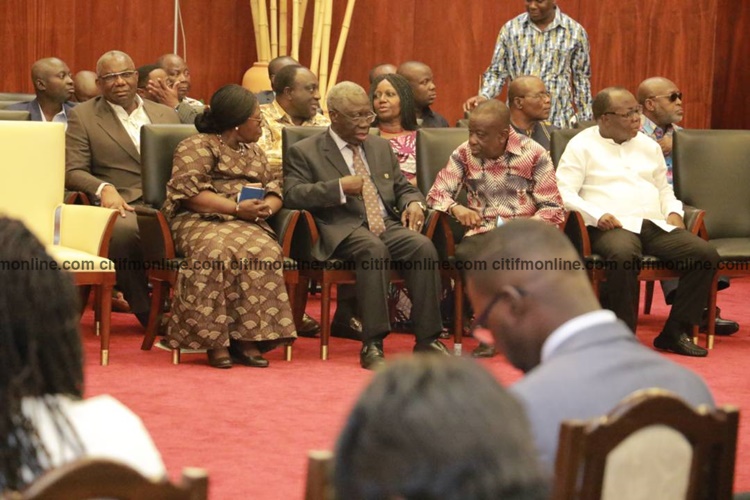 The President, who spoke about the high unemployment figures leading to the thousands of people applying for jobs in the public sector, said the government is on a good course to stabilize the economy, enhance business growth and subsequently create more jobs.

He said the government’s prudent financial management was necessary considering that they inherited a “huge public debt in a country with its macroeconomic fundamentals in disarray.”

“We had to do things differently, and those were my marching orders to all members of the government. We have rapidly had to grow and expand the economy, and that can only happen when the fundamentals are in place. The Economic Management team has risen to the challenge and demonstrated that doing things differently achieves positive results.”

Giving some figures to back his claims of prudent financial management in the first year, the President noted that, in the year 2016, the Public Procurement Authority had 622 sole source requests. 577 of that number amounting to 98%, were approved and there were 25 rejections. 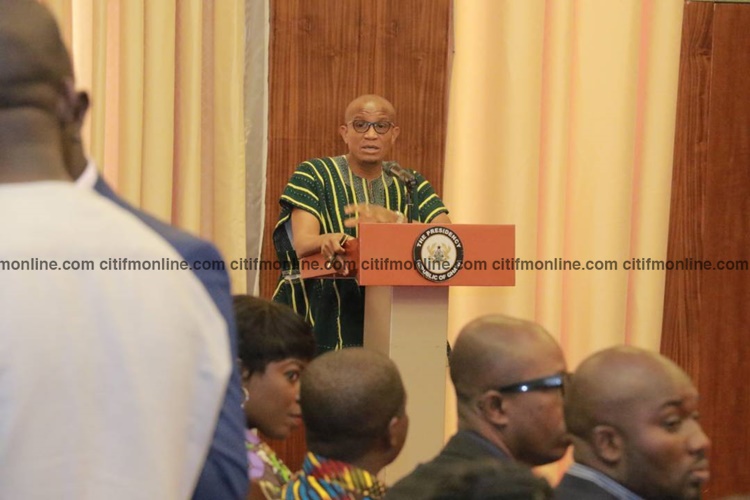 “There were 592 requests made for restricted tenders, of which 587, which is 99.15%, were approved with five rejections. A grand total of zero savings was made through the procurement process.”

He stated that “In 2017, our first year in government, 394 sole sourcing requests were made, out of which 223, that is 56.6% were approved, and 171, that 43.6% were rejected. There were 346 requests for restricted tenders, and 167, that is 48% were approved, and 179, 52% were rejected. The savings made over the year as a result, amounted to Ghc145million ($142million). As my own mathematics teacher use to say, you cannot argue with figures, and such figures surely provide the incentive to open out government procurement”.

“Boring figures I know, but believe me, they spell good news for the economy. Thanks to these boring figures, for the first time in a long while, we’ve been able to give better budgetary support for the constitutionally mandated institutions that hold government accountable such as the Auditor General, the Judiciary, Parliament, the Ministry of Justice, CHRAJ, EOCO and the Police. We’ve also been able to transfer some Ghc3.3billion of tier two pension funds into the custodial accounts of the pension schemes of the labour unions, funds that have been outstanding for six years and the unions have been loudly complaining.”

On the matter of corruption, he said his government is committed to deal with ruthlessly with those found culpable as long as there is evidence to pin people down.

He expressed hope in the yet-to-be approved Special Prosecutor, Martin Amidu, to help in that regard.
–
By: Ebenezer Afanyi Dadzie/citifmonline.com/Ghana

GITMO 2 will know their fate when Parliament resumes – Nana Addo