Five persons including an 11-year old boy, who is said to be in a critical condition, have sustained gunshot wounds following an attack at the home of the Akyem-Akroso NPP Chairman at Oda in the Eastern Region.

The 5 are among 200 youth of Akroso who besieged the house of Frank Anim Bediako the NPP chairman of the Constituency, to disrupt a meeting with other party members.

The Eastern Regional Police Public Relations Officer, ASP Ebenezer Tetteh, who confirmed the incident to Citi News indicated that the Police Command has begun investigations into what led to the shooting. 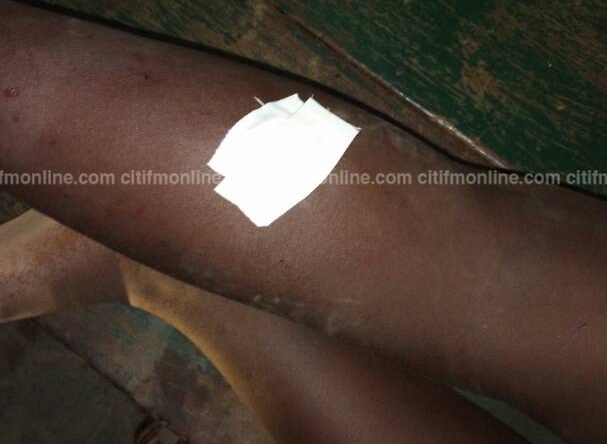 “On January 19th at about around 4 o’clock, Frank Anim Bediako the NPP Constituency Chairman for Asene-Manso-Akroso,  called to inform Police that he returned from Accra to Akroso and was having a meeting with some members of his party in his house and soon after the start of the meeting he noticed that the some youth of Akroso numbering about two hundred besieged his house”.

ASP Ebenezer Tetteh added, “according to the Chairman, the youth started pelting stones at the house and causing damage. He also alleged that they even fired a weapon at the house and his visitors who were in the meeting with him at that time also fired a Pump Action in return, and in the process injuring five persons namely Margaret Buabeng aged 18, Appiagyei Maxwell aged 38, Faustina Amoako aged 52, and an 11-year old boy who is said to have been referred to a Hospital in Koforidua because of the seriousness of his injuries”.

He said Police rushed to the scene, and with the support of a team of soldiers from Achiase Jungle Warfare School managed to bring the situation under control.  He said some damage was caused to the roofs of two adjourning houses, and to an unregistered Chrysler Private Car belonging to the Chairman.

ASP Ebenezer Tetteh cautioned the public not to resort to violence, saying the police will not spare any law breaker.

“Personnel have been deployed at the residence of the Chairman, and we have begun investigations into the matter, but I will use this medium to caution everyone to use the right and proper channels to have their challenges addressed and not to use violence because the police will not relent in our efforts but enforce the laws of the land”.

There have been several of such political attacks since the NPP came into office in January 2017, but in most cases, many of the suspects have gone unpunished.