The Chairman of the Inter-Ministerial Committee on Illegal Mining and Minister for Environment, Science, Technology and Innovation, Prof Kwabena Frimpong-Boateng has reiterated government’s commitment to the fight against illegal mining popularly known as “galamsey” with a call in Ghanaians to remain resolute and support interventions to tackle the menace.

He observed government was raising the bar in its interventions to effectively tackle the menace with the formation and inauguration of District Committees Against Illegal Mining (DCIM) in all endemic illegal mining districts in the country to monitor and supervise the activities of the illegal miners to reduce its harmful effects on the vegetative cover of the country. 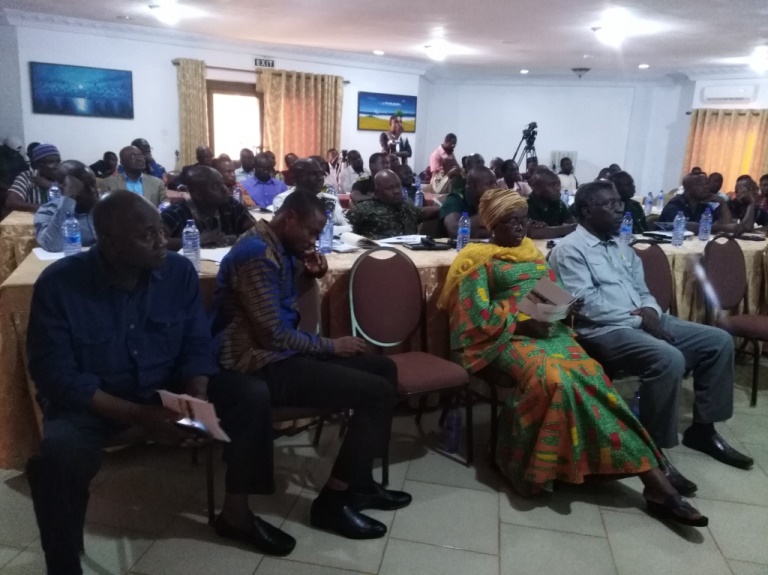 He therefore announced a GHc 10,000.00 cedis package for the operation of each DCIM as a demonstration of the New Patriotic Party’s (NPP) commitment to bringing an end to the menace and ensuring the protection of the environment for the current and future generations.

Prof. Frimpong-Boateng disclosed this on Thursday, January 18 at Kenyasi in the Asutifi North District of the Brong Ahafo Region, when he inaugurated five DCIM for Tano North, Asutifi North, Asutifi South, Dormaa East and Dormaa Central with the mandate to address all illegal mining issues, train the small-scale miners on responsible and sustainable mining methods, designate small scale mining sites and manage a good relationship between small scale miners and other mineral right holders, among other things. 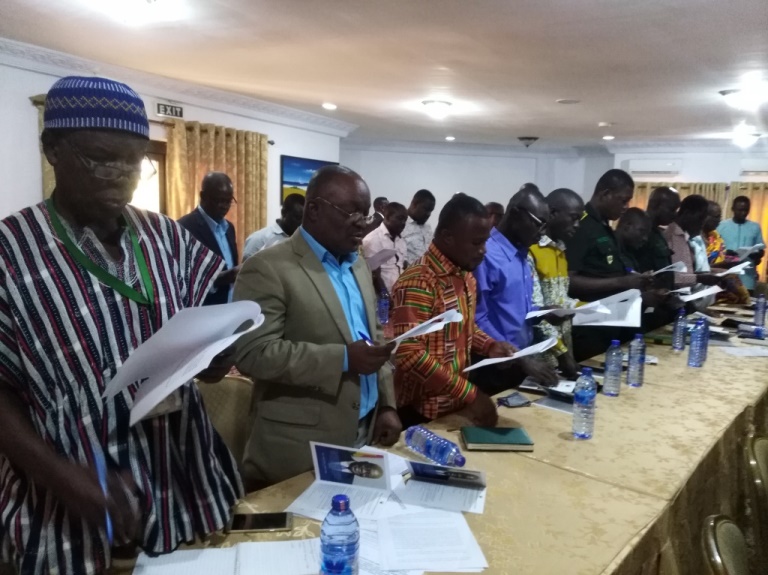 He disclosed that 10% of the country’s productive lands have been destroyed by the illegal miners which will require a lot of funds to undertake reclamation of and restore the country’s vegetative cover to normalcy.

“Smuggling of gold alone out of the country is affecting the economy, 10% vegetative cover destroyed and an estimated 650 billion dollars is needed to put things right and of course the government cannot do that alone. That is why we have to arrest the canker now so that gradually we take remedial measures and sure foreigners do not come here and smuggle the gold away, degrade our land, destroy our soil and our forest”, he emphasized. 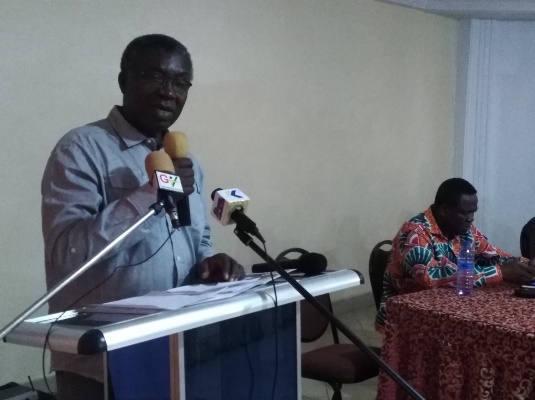 The Deputy Minister for Lands, Forestry and Mineral Resources, Barbara Oteng Gyan recounted measures put in place by government in the fight against illegal mining in the country and revealed the 6-month ban, sustained education and collaboration with the media coalition and Operation Vanguard had recorded a lot of successes.

She disclosed the ministry’s plans to establish a plant pool from the confiscated equipments to assist the over 1,350 registered legal small scale companies when the ban is lifted.

She lamented the inadequate offices and personnel at the Minerals Commission to ensure effective  monitoring of areas which engage in illegal mining and called for the restructuring of the commission by increasing its district offices to 11 and 12 satellite offices to fully engage and collaborate with the mining companies to ensure the right thing is done.

She hinted the development and implementation of a 5 year Multi-Sectoral Mining Integrated Project (MMIP) which entails several components including the provision of alternative livelihood programmes for those engaged in illegal mining to ensure government puts a complete end to illegal mining.

In his welcome address, Deputy Brong Ahafo Regional Minister, Evans Opoku Bobbie said the mining industry has been significant and important to the socio-economic development of the country as the largest revenue contributor through the payment of mineral royalties and taxes but observed the negative effects of illegal mining was a source of worry for Ghanaians and called for concerted efforts to address it.

He therefore called on the Ghana Chamber of Mines, Minerals Commission, Ministry of Lands, Natural Resources, Science and Technology and Innovation, Environmental Protection Agency, the security Services, Municipal and district Assemblies and traditional leaders to give their full support to the committees to stem illegal mining in the region.

The Deputy Minister pledged the commitment of the Regional Coordinating Council to warmly accord the committee all the necessary support.

The programme had the support of the Minister of Chieftaincy and Religious Affairs, Kofi Dzamesi, Minister for Local Government and Rural Development, Hajia Alima Mahama and Minister for Regional Organization and Development, Dan Botwe.